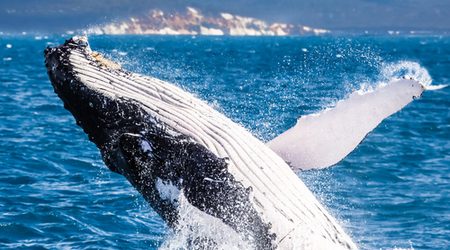 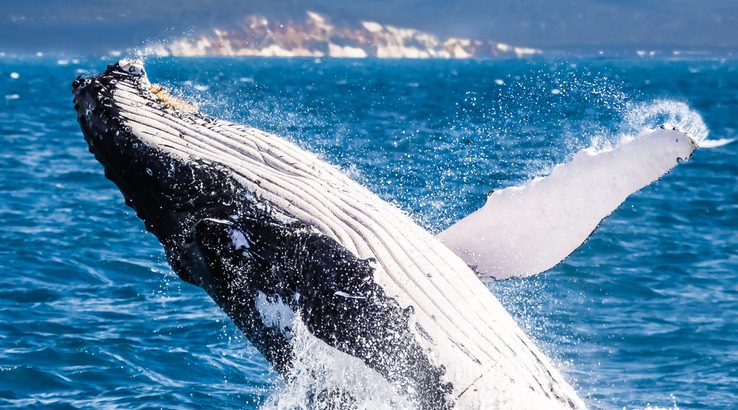 Rumours swirl unconfirmed. Fortunately, bearwhale watching is more about the spectacle itself.

An enigmatic and reclusive deep sea creature, characterised by its enormous size and vast cryptocurrency holdings. The bearwhale favours the depths of the open cryptocean where it can move freely, but must still periodically venture into the warm and shallow waters of cryptocurrency exchanges to feed. Its preferred feeding grounds are those with the deepest liquidity, but even in these waters, its sheer bulk makes the bearwhale's presence impossible to ignore.

Here, the bearwhale replenishes by simultaneously expelling vast quantities of cryptocurrency and inhaling nourishing fiat. Such is the bearwhale's need, that it will routinely maintain several regular feeding grounds, often visiting them in succession along a circuitous migratory path.

While many thrill at the sight of one of nature's most majestic creatures, others regard it as a pest, noting the price damage caused by the bearwhale's expelled cryptocurrency.

A bearwhale is a single, extremely rich cryptocurrency holder who keeps selling vast quantities of coins on the open market. They're often perceived to have a detrimental impact on price because they usually do.

Various cryptocurrencies have wrangled with their own bearwhales over time. The most recent might be Nano, which is dealing with a bearwhale who bought millions at 1 cent each and has been steadily unloading an average of 15,000 NANO per day.

XRP's resident bearwhale started with over a billion XRP and has been dumping it on Bitfinex and Bitstamp in spikes, mostly during rallies or XRP bounce-backs.

The usual procedure with this much money would be to unload it using an OTC exchange instead of on open exchanges, specifically to help dampen the potential market impacts and get better value. As such, when someone doesn't do this, it often leads to accusations of deliberate price suppression. It's a bit of a premature conclusion though. OTC exchanges aren't magic bullets, and cryptocurrencies other than bitcoin can be difficult to unload in such large amounts.

The transparency of most cryptocurrency ledgers makes it possible to track down these movements, and with enough legwork, to tie together different wallets and exchanges in the hopes of uncovering the bearwhale's identity.

The XRP investigation started with the exchange accounts doing the selling and found 58 unique wallets depositing funds into these accounts. It's a tangled web, with some of the entities seemingly involved in funding the selling accounts. These entities include the following:

Hashes.org is especially prominent, funding a couple of the leading wallets. Entertainingly, it also requests bitcoin or Ethereum donations when you visit the site.

There are a few different threads potentially tying the supposed bearwhales together. For example, Tom McLeod left Ripple to found a startup called Omni, which Ripple invested $25 million in. This has some speculating that XRP's bearwhales are connected to Ripple's venture capital arm.

Speculation also focused on Jed McCaleb, the founder of Mt Gox and early Ripple programmer who left to co-found rival project Stellar, and his now-awkward XRP holdings, the many charitable organisations that have received XRP donations and many more.

It's unlikely that there will ever be a conclusive answer. But most of the holdings are sold by now, and at current prices, the bearwhale's remaining 300 million or so XRP will run out soon enough. Whether that will signify a recover is unclear.

At the same time, it's also worth noting that XRP prices have more or less been tracking with the rest of the altcoin market, leaving the potential impact of the bearwhale's selloffs in doubt.

At the end of the day, the crypto waters are deep and full of bearwhales, many of whom apparently get caught in margin trading nets and beach themselves on BitMEX.