Xbox One X Game install sizes to be 30% bigger 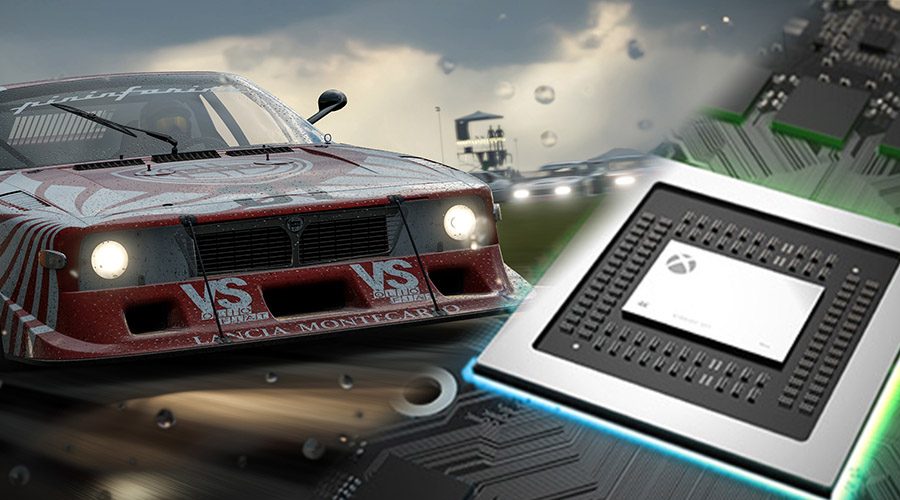 The high, high definition world of the 4K resolution Xbox One X is going to take a big toll on your hard drive.

There’s no stopping technology. While it was only a handful of years ago that we all marvelled at the processing power and visual fidelity offered by the Xbox One and PlayStation 4, that’s now old news. It’s 4K all the way! First with the PS4 Pro, and next with the Xbox One X (releasing on November 7) the goalposts have moved (again). Games look and sound better, and run faster, all without a generation leap.

It’s a truly immersive upgrade; if you can afford it. But if you thought that a spiffy new TV and Dolby Atmos capable sound system was all you required to enjoy this new era of gaming, think again. You will likely need a new hard-drive as well.

If there has been one mystifying omission from both the PS4 Pro and the Xbox One X, it’s an internal hard-drive with balls. In an era where a single game can weigh in at 100GB – such as the upcoming Forza Motorsport 7 – before any patches or DLC are added, gamers need a tonne of storage space. Unfortunately, the supplied 1TB hard drive fills up over the course of a single Christmas chasing blockbuster titles. There simply aren’t enough USB ports for all the external hard-drives many gamers this generation want plugged into their consoles.

I recently attended an Xbox One X showcase event, held under the Harbour Bridge in Sydney Australia. There is a photo of it above. Isn’t it pretty? Isn’t it green? Of the many guests in attendance, one was Xbox engineering lead Kevin Gammill who – I’m reliably told – is better known as Kevvy G to his mates. (No relation to Kenny G.) He gave attendees a presentation of the new Xbox One X dashboard and spoke through some of the work being done under-the-hood to optimise the transition to Xbox One X.

Perhaps one of the most interesting reveals was the size difference fans can expect when they update their existing games to be 4K compatible. Gammill estimated that games will be, on average, 30% bigger.

Gammill estimated that games will be, on average, 30% bigger.

It’s a shame the Xbox One X doesn’t come with 30% more USB ports!

Gammill was aware of this extra load and the issues it will present not only from a hard-drive perspective, but for those not blessed with the internet speeds our data limits to download large files willy nilly from the internet. For example, Australians. He explained that the plan is to keep 4K assets as an optional download on future releases to minimise unnecessary bloat for gamers who are either playing on an older version of the console, or don’t yet have the 4K TV to match their new machine.

This could be the truth of the “shrinkable games” concept leaked last week.

It’s a good start, but in my opinion, more has to be done to ensure developers face better compression obligations with their assets to begin with. It’s been my bugbear with this generation – PlayStation, too – since it launched. NBA 2K14 was, for example, a 44GB download from Xbox Live, despite the same game fitting on an Xbox 360 disc (capped at 6.8 GB). Explain that without using the word lazy?! Developers just haven’t been bothered for the most part, it would seem.

It make sense that the Xbox One X’s 4K assets will take up more space than the 1080p assets we’re used to. It’s not weird that its 30% more, and I applaud Microsoft for looking into solutions to lower the download and install costs for its customers. File size may not be an issue to you, but in many parts of the world, it is. However, I do think Microsoft has undersold fans by providing just a 1TB hard-drive ( this is 2017 after all) and I sure hope more will be done in the future – this 30% larger future - to enforce greater compression optimisation of games from its developers.