Xbox Bethesda buyout: What it means for PlayStation 5 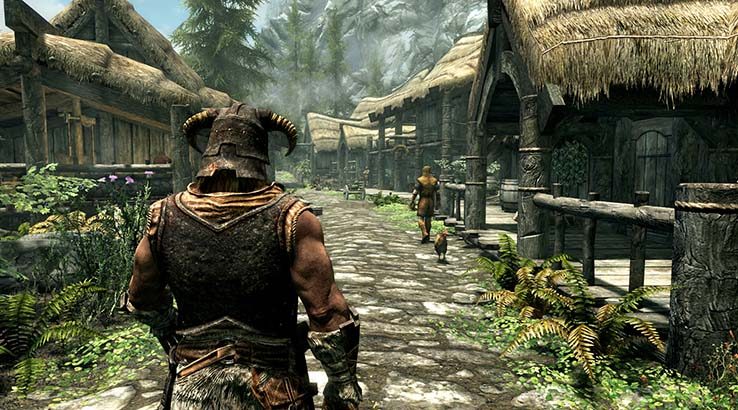 Bethesda Softworks, one of the world's largest games publishers, has been purchased by Microsoft's Xbox division. This means popular franchises like Fallout and DOOM could soon become Xbox exclusives with PlayStation 5 customers left out in the cold. Here's what we know so far.

Just a few hours before Xbox Series X per-orders went live, Microsoft made the shock announcement that it had acquired ZeniMax Media, the parent company behind Bethesda Softworks for $7.5 billion.

"Today is a special day, as we welcome some of the most accomplished studios in the games industry to Xbox. We are thrilled to announce Microsoft has entered into an agreement to acquire ZeniMax Media, parent company of Bethesda Softworks," Phil Spencer, Head of Xbox said in a statement.

In addition to Bethesda Game Studios, the purchase of ZeniMax Media also includes the studios id Software, Arkane, MachineGames, Tango Gameworks, Alpha Dog, and Roundhouse Studios. This obviously changes the next-gen console landscape, with highly popular game franchises like The Elder Scrolls, Fallout, Wolfenstein and DOOM now owned by Xbox. The level of exclusivity this will cause remains to be seen.

What games are included in the buyout?

Noteworthy game series created by Bethesda Softworks include The Elder Scrolls, Fallout, Wolfenstein, DOOM, Dishonored, Prey, Quake, Rage and Starfield to name just a few. You can find a full list of Bethesda Softworks titles on Wikipedia, although it's worth noting that some licensed content such as The Terminator and Star Trek may not be included in the deal.

According to Phil Spencer, this will include unannounced titles that will presumably include fresh and returning IP:

"One of the things that has me most excited is seeing the roadmap with Bethesda's future games, some announced and many unannounced, to Xbox console and PC including Starfield, the highly anticipated, new space epic currently in development by Bethesda Game Studios."

Will more Bethesda games be included on Xbox Game Pass?

Yes. This was confirmed in a Microsoft blog post.

"We will be adding Bethesda's iconic franchises to Xbox Game Pass for console and PC," Spencer said.

What does this mean for PlayStation?

That's the million dollar question. Microsoft obviously made no mention of its rivals in the buyout announcement. Xbox has confirmed that existing games already slated for PlayStation 5 - such as Deathloop and Ghostwire: Tokyo - will still be appearing on both consoles. Beyond that, things are less clear.

"Generations of gamers have been captivated by the renowned franchises in the Bethesda portfolio and will continue to be so for years to come as part of Xbox," Phil Spencer said in a statement. In terms of exclusivity, that could mean almost anything.

It's worth noting that Microsoft's $2.5 billion purchase of Mojang Studios - the developer behind Minecraft - hasn't stopped Minecraft games from appearing on the PlayStation 4. In an interview with Bloomberg, Spencer claimed that Bethesda games will be assessed on a "case-by-case basis" as to whether or not they will appear on non-Xbox consoles. This suggests that at least some Bethesda titles will continue to be multi-platform.

At the very least, it's safe to assume that the Xbox versions of future Bethesda games will receive timed exclusives and additional downloadable content. If you're a die-hard fan of one of the aforementioned game franchises, Microsoft just made the Xbox Series X a lot more compelling.

We will update this story as soon as we learn more.

Microsoft's next-generation Xbox has officially launched. Here are all the places you can buy the Xbox Series X in Australia.