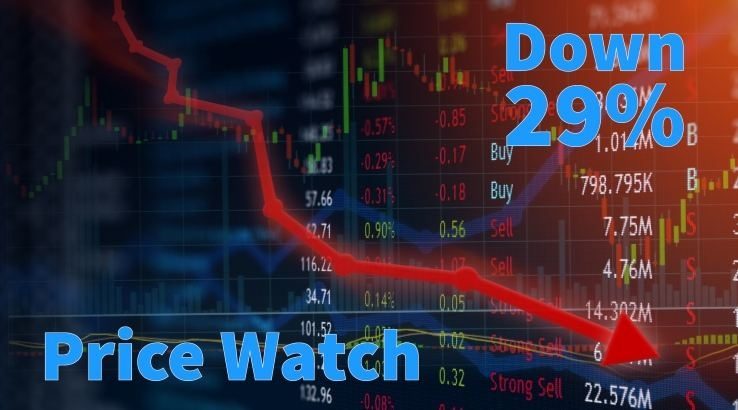 Despite predictions that the release of the Wraith Protocol on New Year’s Day would see Verge moon, traders aren’t impressed.

It was all looking very promising for Verge. As word hit the streets that the anticipated Wraith Protocol would go live on 1 January 2018 – depending on where you are in the world, of course – Verge’s price jumped. From US$0.14 on New Year’s Eve, Verge’s price leapt to a high of US$0.236 within 15 hours, a 169% growth spurt.

It was the result many had expected. It happened despite the allegations of John McAfee blackmailing the currency, throwing FUD (fear, uncertainty and doubt) into the community in the days beforehand. McAfee has denied the claims. However, then the trouble set in. At the time of this writing, only the OSX (Mac) version of Wraith Protocol has been released. The Windows and Linux versions missed the deadline, apparently considered unsuitable (read: too buggy) for release.

List of exchanges that allow you to buy Verge

In addition, some OSX users have been experiencing issues with the released Wraith Protocol. In particular those using the High Sierra version of Apple’s operating system. Below you will find the response to the problem from Verge: It’s been enough to pour buckets of ice on the initial excitement. Concerns among the community have seen a period that was expected to see the price moon, dip cautiously downwards instead. At the time of writing, Verge has recovered to US$0.167%, still up on its pre-launch price, but down 29% on the initial climb.

The hope was it would continue to climb.

What is the Wraith Protocol and why was it hyped?

The premise of Bitcoin, the cryptocurrency that started it all, is to decentralise currency by storing the ledger – the data file containing all transactions – not at a central bank, but on computers (called nodes) all around the world. This ledger is called the blockchain, and it’s publically viewable. You can go and look up any transaction ever made, and who did it.

In its wake there have been cryptocurrencies that opted for a private ledger, where you cannot look up this information on the blockchain. Two of the most notable are Monero and Dash. However, there has been no cryptocurrency that allows the trader to choose if they want to operate in public or in private on the same blockchain.

Will Verge’s price continue to decline?

While the launch of the Wraith Protocol hasn’t gone as planned for Verge, there remains hope. If the bugs that have derailed the launch are sorted out quickly – before a major dump – and Wraith works as advertised, its sales pitch remain compelling. In particular, Verge has obvious benefits for those trading in cryptocurrency for nefarious reasons.

We’ll keep you posted on Wraith Protocol and its continued rollout.