Would you take a holiday with your neighbours? 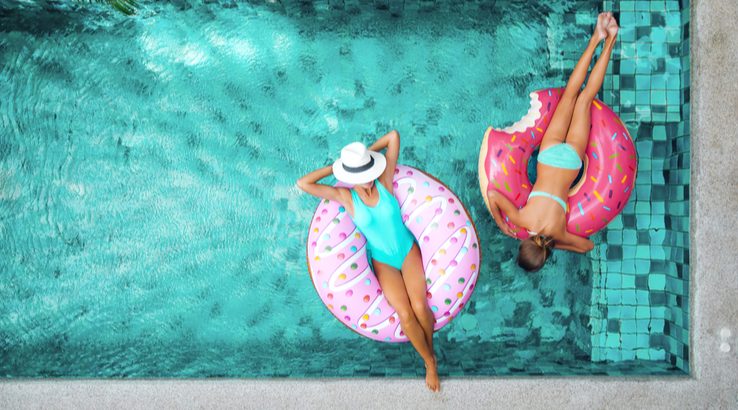 AccorHotels has partnered with GfK to conduct an online survey of more than 5,000 travellers around the world to find out what they really want out of every trip, who they'd go with and what they miss most while away. The answer is that it all depends.

Different age groups and different countries each had their own preferences.

The younger the traveller the more they missed their home Internet. 54% of those age 18-24 said it was among the things they missed most. Older age groups weren't keen on doing without either, with 40% of those in the 50-65 age group also lamenting its absence. Chinese respondents were the most emphatic about it, with 74% not wanting to go without.

Indian and Brazilian respondents were also outspoken, with 59% and 56% respectively saying they missed the internet the most.

Who's taking all those selfies?

Once again, younger generations were the keenest, but every age group has its prolific selfie artists. 19% of 18-24 year olds returned home with more than 10% of photos taken being a selfie, but 8% of 50 to 65 year olds did likewise.

Brazilians seemed to be the most enthusiastic about it, with almost a quarter bringing back cameras full of selfies, followed by 22% of travellers out of the UAE and India, and 18% of Chinese journeyers.

Who are they going with?

When saying who they would most definitely travel with, first place was naturally a partner (67%), followed by children (44%) and the friends (36%). Unsurprisingly, solo travel also made an appearance, with 19% of respondents overall being in favour, and Germans, Americans and Indians being its biggest supporters, with 25% of each saying they go alone.

Younger travellers, aged 18-24, were keenest on the sound of solo trips, but were also the happiest to travel with friends.

It seems kids are keener on family vacations than the parents.

Respondents from India and China might be the friendliest overall, with 54% and 41% respectively saying they'd love to go abroad with their neighbours, and 26% overall being on board with the idea.

Overall, fewer than half of respondents wanted to travel with their friends, and only about half were keen on the idea of taking kids on vacation. Barring an unusual degree of enthusiasm for vacationing with neighbours, it looks like most people are all about the couples holidays, or nothing.

How was this survey conducted?

The survey was carried out in each respondent country. Results were not balanced for age, so may have been skewed by a disproportionate number of younger or older respondents in different countries. No particular efforts were made to account for the gender of respondents either, although this probably also made a difference.

If it was conducted as an on-the-street survey, this likely would also impact the data.

You can probably take these results with a grain of salt. If you're after something more solid, however, you can still bank on these AccorHotels discounts for up to 40% off hotels around the world.