Would Australia benefit from a cashless world? 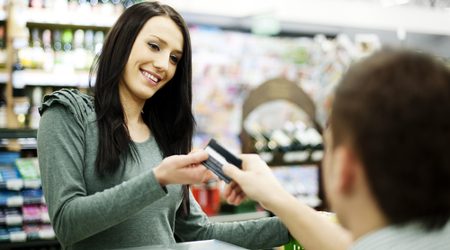 With Australia set to become a cashless society in the not-too-distant future, are we really ready to wave goodbye to banknotes and coins forever?

Let’s take a minute to think about cash. When was the last time you paid for something with physical money? Of all the transactions you’ve performed in the last week, what percentage of them involved banknotes and coins and how many were completely electronic?

The digital banking revolution is well underway in Australia. The Westpac Cash Free Report, released in 2015, found that 79% of Australians think that making all electronic payments via smartphone will soon become the norm, and more than half of all payments made in Australia are already cashless. The most surprising finding of all was that by 2022, Australian smartphone users believe that Australia will be a cash-free society.

But what does going cashless mean for Australia and what are the advantages and disadvantages of waving goodbye to our distinctively colourful banknotes forever?

The rise of digital

The statistics surrounding Australia’s adoption of online and mobile banking make fascinating reading. Roy Morgan research conducted in 2013 showed that 59% of Australians used Internet banking at a financial institution across any four-week period.

While the ubiquity of smartphones and advancements in digital technology have been major contributing factors in the decline in popularity of cash, our love affair with plastic has also played its part. According to figures from the Australian Payments Clearing Association, the amount Australians transact on their debit cards each month has almost doubled from $184.6 million in 2010 to $350.6 million in 2015. During the same period, our average monthly credit card transactions have risen from $131 million to $179.2 million.

All of these numbers seem to suggest that Australia is fast on the way to becoming a cashless society. According to the RBA, cash represented only 47% of all transactions in 2013, a significant drop from nearly 70% in 2007.

In 1966, it was the Australian Government that led the change to decimal currency, but the cashless revolution is being driven almost entirely by consumers. As new technology has become available and brought with it a more convenient, easier way to do things, Australians have embraced those new opportunities with open arms.

The benefits and challenges of going cashless

So if we are, as the Westpac Cash Free Report predicts, headed for a cashless society inside the next decade, what does that mean for Australian citizens and the Australian economy?

There are several benefits to going cashless, headlined by the ease with which we can make transactions. Tapping a debit card or smartphone to pay for a purchase is a whole lot quicker and more convenient than fumbling around with bank notes and coins. There’s no need to worry about physically losing cash, nor the age-old problem of never being able to find an ATM when you need one.

In a cashless society, banks no longer need to bear the financial burden of maintaining ATM networks, which are a significant expense in a large but sparsely populated country like Australia. Removing ATM networks means more affordable banking products and no ATM transaction fees for consumers.

On the flipside, one of the benefits of paying with cash is the anonymity it provides. Paying cash means you don’t leave any footprints behind, while the recording of every digital transaction means you always leave a trace. Not only does this raise privacy concerns about the watchful eye of Big Brother, but it also has implications for the growing risk of cyber-fraud.

In Sweden, one of the countries at the forefront of the cashless revolution, Justice Ministry statistics reveal that from 2004 to 2014, the number of electronic fraud cases more than doubled to 140,000. New technology always brings with it new risks, so governments around the world need to be ready and willing to adapt to the challenges that going cashless presents.

For a guide on what it’s like to go cashless, the rest of the world can turn its eyes towards Scandinavia, where Denmark, Sweden and Norway are leading the charge. In Denmark, the government is pushing to give many stores, restaurants and petrol stations the right to refuse payments in cash. Just 6% of Norwegians are still using cash, while in nearby Sweden even homeless street vendors accept electronic payments.

In a similar move away from cash, the European Central Bank has floated the idea of getting rid of large-denomination notes, specifically the 500-Euro bill, which has a reputation for aiding criminal activity and funding terrorism.

But this move has been met with a backlash in countries like Germany, Sweden and Austria, where analysts are concerned that a move towards a cashless society could result in negative interest rates, while others fear what they see as a lack of privacy that surrounds digital money. In February 2016, Austria’s Deputy Economy Minister Harald Mahrer even went as far as to demand his country’s citizens be given a constitutional right to cash.

Closer to home, China has embraced cashless payments at an astonishingly quick rate in recent years. Back in 2009, more than two-thirds of all Chinese e-commerce payments were cash on delivery. In 2016, mobile payments make up more than 70% of e-commerce transactions, as companies like Alibaba and Baidu phased in mobile wallet technology.

Looking to the future

The latest Australian development in the shift away from cash has been ANZ’s introduction of Apple Pay technology, which allows customers to pay for purchases by tapping their iPhone at a contactless payment terminal. The Australian launch of Samsung Pay is imminent and the arrival of Android Pay will reportedly be not that far behind.

The changes are apparent right throughout the banking sphere. Cheques are obsolete, signatures are a thing of the past and fingerprint scanning and voice recognition are now real-life security protections available to everyday consumers.

It seems the shift to a cashless society is imminent and unavoidable; in a column for Fairfax in February 2016, Assistant Minister to the Treasurer Alex Hawke even acknowledged that “Australia is well on the way to becoming a cashless society”.

This will undoubtedly bring with it a raft of new challenges. Cyber-security and the risk of cyber-fraud will be a growing concern in future years, while governments snooping on the transactions of private citizens looks set to dominate headlines.

On a more personal level, older generations may need help adapting to the new technology and parents will have to find new and innovative ways to teach their kids about the value of money and how they can manage it.

But Australia is well set up for the move to a cashless society and in the time-poor modern world, anything that allows us to take care of mundane everyday duties quicker can only be a good thing.