Why the first blockchain smartphone is such a big deal 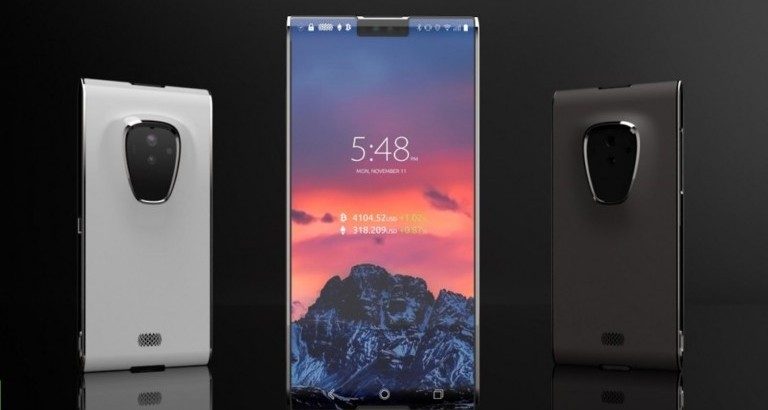 Mild hysteria may be warranted.

SIRIN LABS previously released the ultra secure US$16,000 (AU$21,000) SOLARIN phone, but the FINNEY is set to be a lot more affordable. If all goes to plan it will come in at around US$1,000 to be the first smartphone that creates its own blockchain.

To make full use of it, the FINNEY will be preloaded with Status, a mobile Ethereum client. If it reaches fruition, the FINNEY should be the most secure phone ever made, able to access encrypted messages, Ethereum smart contracts, an inbuilt cold storage cryptocurrency wallet and much more, right out of the box.

That will be wrapped up with a nice and simple Android OS.

Imagine a tourist landing in San Francisco while his smartphone has almost no battery power and his roaming data plan doesn't work properly. A stranger nearby might give him 20% of battery power and provide him with access to his local mobile data plan." - SIRIN whitepaper.

Simply by owning a smartphone or computer you have access to a wealth of digital resources, like data connectivity, computing power, environmental information and a whole lot more.

These resources have typically been outside your hands, but still leveraged in different ways. Such as the app that connects smartphones to create a cancer-fighting genome-sequencing supercomputer network. Or the trackers that quietly record your location, search behaviour and other information for the purposes of targeted advertising.

The idea behind the SIRIN LABS blockchain network is to put all of these back in your hands, and let you sell, use, conceal or otherwise utilise them exactly like you want. It does this by leveraging the Ethereum network and smart contract systems to offer:

How it can be used

Like most new developments, its main uses probably haven't been imagined yet. But some of the uses that have been imagined, in the SIRIN LABS whitepaper and elsewhere, are:

SIRIN LABS has also put forward plans for an affordable all-in-one PC, with a quite friendly target price range of about US$800.

This is intended to work in a similar way, to make full use of SIRIN LABS' resource sharing protocol and cloud based services. Its users should be able to add additional computational power, like GPU, CPU or RAM, over the blockchain.

Not using it right then? Just sell off your excess power. Doing something demanding? Just buy excess processing power with the funds you make from selling it on your off-peak.

The SRN and STN tokens

The plans call for a lot of seamless blockchain buying and selling. Currently it looks like this might be facilitated by several different tokens, the SIRIN (SRN) and Status (STN) tokens, both of which are ERC-20 compatible, and later on the IOTA token.

SRN will be initially offered on the Ethereum blockchain following an ICO that will run from 12-25 December 2017. It can be used to buy the FINNEY and other products at a discount, and more. When everything's ready SIRIN LABS aims to transition from Ethereum to the IOTA network.

STN is used by Status, the preloaded Ethereum-based software. It's mostly about secure communications. That's what you might be using instead of typical messaging services. STN tokens are needed to buy into the STN network, purchase access to services like push notifications and generally use and participate on the network.

Will all this actually happen?

Most of it is already happening. Buying and selling user information, excess mobile data and processing power is already a thing of the present. Similarly, the trustless contracts of Ethereum, which allow for the actual reliable exchange of these resources, is also happening already.

The proof of concept is already out there. If SIRIN LABS' developments go according to plan, there's no reason not to think it will all go down exactly as described.

The main hurdle is creating a functional and sufficiently tempting phone. In an email to Android Authority, a SIRIN LABS representative said "a few hundreds of thousands of devices" would be needed to support this ecosystem. If FINNEY sales fall short it might not get off the ground.

That's a big ask, especially for an AU$1,300 phone. But it's still very achievable.

This isn't the first time SIRIN has made a phone, and despite the outlandish results it might bring, there's little reason to believe that any of the technology needed is out of reach.