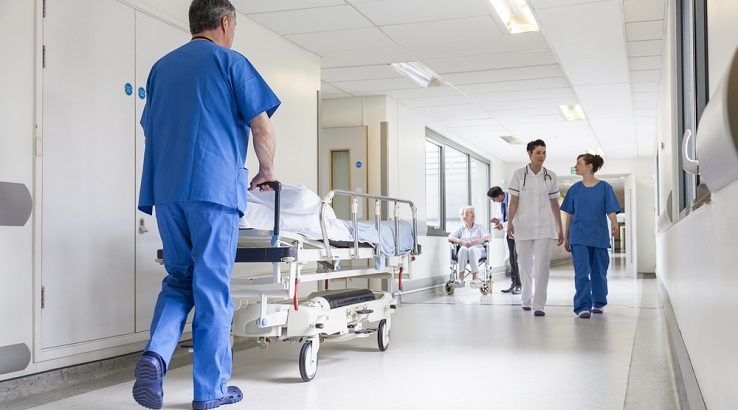 Workers’ compensation funded 617,755 hospitalisations for work-related injuries between 2006–07 to 2013–14, according to a report from The Australian Institute of Health and Welfare (AIHW).

The report, which looked at data from National Hospital Morbidity Database (NHMD), looked at two types of hospitalised cases: those funded by workers’ compensation and those reported as having occurred while the patient was working.

Just over 73% of those hospitalised were admitted to a private hospital and the overall mean length of stay was 2.5 days.

Almost 38% were diagnosed musculoskeletal system and connective tissue issues including spinal disease (26%), disorder of the knee joint (25%) and shoulder lesion (18%).

Injury or poisoning accounted for 32% of diagnosis including fall-related injury (15%), contact with machinery (12%) and transport-related (10%).

During the period 2006–07 to 2013–14 there were also around 234,104 hospitalised cases reported as work-related. Of the 91,000 cases funded by sources other than workers’ compensation, 86% had a principal diagnosis of injury, while 10% had an additional diagnosis of injury.

Of those with a principal diagnosis of injury, 85% were male and 93% were aged 15 – 64, around 18% involved a fall-related injury and 13% involved a transport-related injury. Over 15% were reported to be working in agriculture, forestry and fishing and over 13% in construction.

In the past, most statistical reports of work-related injuries and illnesses have been based on workers’ compensation data and data from coroners, so focusing on hospitalisation data is a new approach.

Hospitalisation data can potentially provide new insights into the types and causes of work-related injury, as it includes both employees and self-employed workers, where workers’ compensation data is limited to employees only.

However, hospitalisation data is somewhat limited, as it only includes serious injuries requiring hospitalisation and excludes all those cases where non-hospital medical treatment sufficed.

The main advantage of using hospitalisation data is the amount of detail that is recorded regarding the circumstances of each case, including the type of injury or illness, the cause, and most importantly, the work-related activity being carried out when the injury or illness was sustained.

Such detailed information as this could potentially be used to influence government policy formulation and guide the creation of prevention strategies to reduce the number of people who are injured at work.