Why are there fewer women joining Australian startups? 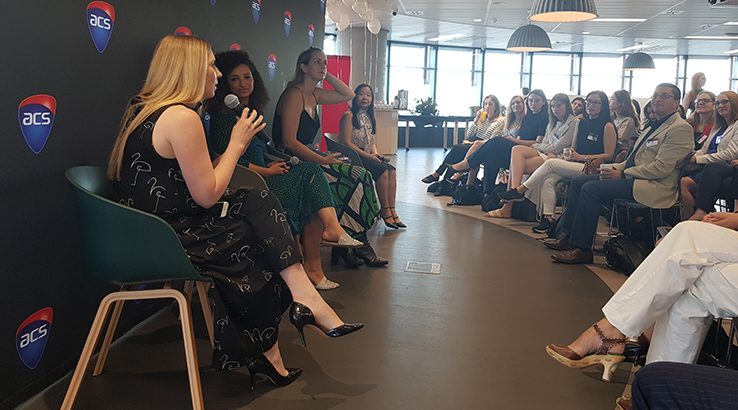 Three Australian startup leaders weigh in on the low numbers of female representation and how we can do better.

According to Monica Wulff, the co-founder of Startup Muster and new venture Curiohh, she has always been incredibly optimistic about women in the startup sector. That is, she was until the results of the 2018 Startup Muster, an annual report that measures the growth and challenges of Australia's startup ecosystem. The 2018 report found that the five-year record of increases of female representation in startup founders had been broken, with female founders now only representing 22.3% of Australian founders. This is compared to 25.4% in 2017 and 23.5% in 2016.

"If we don't have equal representation, especially at that decision-making level, we're gambling with the future economic welfare of this country," Wulff said.

Wulff was addressing a mainly female audience at a breakfast event for International Women's Day at the ACS Technology and Innovation Hub in Barangaroo, Sydney. She was moderating a panel with three women that had bucked the trend and found their way into the startup world.

Do you back yourself?

For Siobhan Hayden, COO of HashChing, the timing was right when she entered her first startup but it still involved weighing up the risks of her decision.

Hayden was initially a board advisor for HashChing before being offered the role as COO. She explained that while she was board advisor, she was required to work two hours a month in exchange for a certain amount of equity.

"I started coming in two days a week, and Mandeep [Sodhi] the founder was trying to politely explain to me it's two hours, not two days," Hayden said.

When she was about to be offered another corporate gig with your "normal heavyweight corporate gig remuneration package", Mandeep offered her the role of COO at HashChing and asked how little the company could pay her.

"I, in my career, have chosen to study quite extensively, two degrees and an MBA. And I've done that because I love business. And when I looked at the metrics of HashChing and the model, I genuinely believed in it," said Hayden. "So it was an opportunity to say, well, do you back yourself?"

For Hayden, she believes the biggest inhibitor to having female participation in startups is twofold: the confidence that they know enough to do the job, and that they are in a position to take the job on. She said that while her decision to enter the startup world "was a big risk", she believes that women's risk aversion isn't as big a factor in their participation in startups as it may once have been.

"I think, on balance that trend still exists, but it's getting less because we talked so much about it. I think women are becoming more aware of that as a potential inhibitor."

What have I not done?

None of the panel speakers started their careers in startups. However, perhaps the most unique career start was Alison Reid, VR Solutions Architect at Equal Reality.

Reid started at a Fortune 500 company and then completed a Masters of Fine Arts in Fashion Design. Upon completion of her postgraduate degree, she fell pregnant and made the decision to take time off to raise her son.

"What I found was, it was very difficult to re-enter the market having had this 'gap' in my resume. That is really what accelerated my journey into the startup world," she said.

Reid's company creates virtual reality training experiences that allow people to experience the point of view of other genders, races and abilities to promote diversity.

"What have I not done?" Reid says when asked about her work at Equal Reality. "I didn't even know this technology existed. So to be participating in a virtual reality company delivering products to clients all over the world and helping design and produce and all of those things, that's all new."

Hayden agreed, saying that her role as COO involves everything in the business that no one else has a mandate over.

"If you can't sleep at night because you haven't got shit done, you've got to kind of get used to that because that's the reality," Hayden said.

Fellow panel speaker Iris Chan, chief marketing officer at FusionGrove, talked about being able to implement a corporate social responsibility program despite it technically falling outside of her role.

"When I joined FusionGrove, one of the first things I did was to set up our corporate social responsibility program. That's one of the things I really liked about joining a smaller company because I feel empowered to be able to just go ahead and create a project or start an initiative," Chan said.

Prior to FusionGrove, Chan had been with large multinational organisations including IBM and Cisco. She said the move into a startup-like environment was a huge adjustment, but she has used her experience to inform her current role.

"What I took away from the larger organisations was the value of having structure and process, and I was able to help my current company build up some of those processes and help it to move towards something more mature," she said.

"With large organisations, I found it a little harder to be able to see how I personally shifted the needle for the business, whereas with a smaller company, which is what I'm with right now, I can immediately see the business impact when I make decisions or when I make some contribution," said Chan.

The way forward for Australia's startups

There's no one single way female participation in startups will increase, but each of the speakers had advice for others looking to break into the startup space or for those wanting to increase the numbers of females in the startup space.

"For me, I think mentorship is important," said Chan. "But I want to bust a myth. We often hear about women [...] that we should seek a female mentor. Personally, I have benefited a lot from learning from male mentors, and so far in my career journey, I've been mostly associated with male mentors. I think that's very beneficial, particularly in the IT industry, which is notoriously male-dominated."

Reid said she sees a lot of value in peer-to-peer mentoring.

"Finding that person who's further along in the career and perfectly aligned with whatever I may need assistance with or guidance with at that moment in time; if you can rely on your network and your peers, you'll really support each other."

For Hayden, she believes sponsorship is important.

"Sponsor someone's name for opportunities when you are in a conversation," she said. "Jane's great for that opportunity, and so on."

Wulff said women helped her in ways she "didn't even realise" in the early days building Startup Muster.

"Whether that was helping me navigate the internal corporate metrics to find the right advocate for my business or someone who was fluent in bureaucratic language and could decipher what I had just experienced in a meeting, that was really really powerful," Wulff said.

Want to learn more some of the world's most successful business leaders? Make sure to watch Finder's new show the Disruptors' Club, launching soon.