Women rule at investing, so why don’t more of us do it? 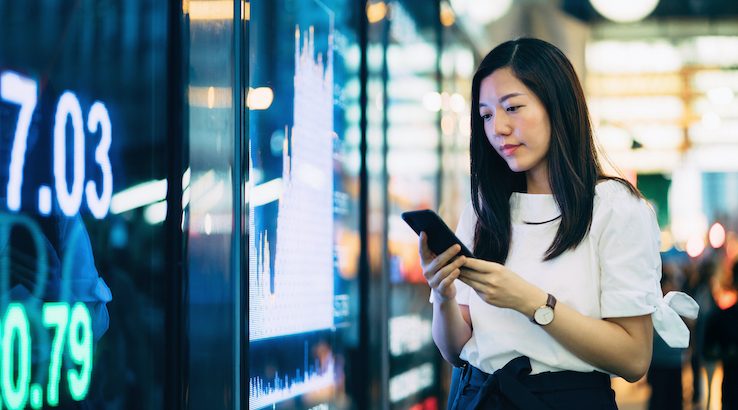 I spoke to an expert to find out why.

Whenever International Women's Day (IWD) rolls around, I can't help but cringe a little at the barrage of "pinked-up" finance content and the stereotyping that comes along with it.

Don't get me wrong, I believe IWD serves as an important reminder that women globally are not on equal footing and there's still much that needs to be done.

But I'm not a fan of the “pink it and shrink it” angle always so prominent on this day, that seemingly implies we women need special assistance to understand the big (boy) numbers when it comes to finances.

Because studies show time and time again that women are great (superior, even) investors – when given the opportunity to be on equal footing. The problem is that very few of us are actually doing it.

Just 18% of online investors in Australia are women, according to an Investment Trends report, while 14% of fund managers globally were women last year, according to Morningstar – the same percentage as a decade ago.

In the UK, more investment funds are run by "Daves" than by women. Yet the data shows when women do trade shares, they tend to be more profitable on average.

NAB's director of investor behaviour Gemma Dale, who has a front seat to the behaviours displayed by users of the bank's online share trading platform nabtrade, says younger female investors have a particular edge over their male counterparts.

This is most clear in investors aged 18-25, where women hold stock portfolios that are on average 20% bigger than males of the same age group.

Male traders typically buy and sell shares more frequently by trying to time the market, but ultimately lose out more often because of brokerage fees and market swings.

Meanwhile, females appear to take a more careful approach to picking stocks, by doing plenty of research and investing for the long haul. They don't tend to time the market and tend to keep a cooler head during volatility.

"These are generalisations, but the data absolutely holds on average."

Other studies show similar results. One of the most well-known of these came from UNSW Business School, looking at traders in Finland over a 17-year period. It found that women investors tended to outperform not just their male counterparts using the simple "buy low, sell high" strategy, but also institutional investors globally.

Another study from University of California titled "Boys will be boys", showed women outperformed males by around 1% per year.

One aspect of investing where men consistently outperform may be the most important of all – confidence.

Dale believes getting women to feel confident enough to start investing in the first place is one of the biggest hurdles.

"I think it's about your situation in life. For women who are having children, are married, divorced, at those life stages where it's not just about you anymore, it can feel incredibly difficult to prioritise investing. It strikes women as sort of a complex and quite selfish behaviour," says Dale.

And the fact is, women are still earning less, we're still the primary caregivers and we're terribly time poor.

"Instead [women] might think, 'there's risk involved and I don't understand how it benefits everyone around me.' Because women are taught to benefit everyone around them."

The world of investing can also be particularly intimidating for women trying to get started, especially when the numbers are still very much the other way.

"It was designed to impress other men – not women," says Dale, who is frequently the only female speaker at investment functions.

"When I give presentations, a lot of women come up and say 'thank god you were there, because you're the only one who looked like me.'"

"A lot of women just want to see someone who understands their situation. We don't do a great job of representation or of making women feel like this is an industry for them," says Dale.

For a woman on the outside looking in at the industry, it can make it all the more intimidating to step into a room full of men. A report by Fidelity International last year found that over half of women believe the information around investing is specifically tailored towards men.

"Things are spoken about in a way that can be very opaque which can be really off putting for new people. If you're not already intrinsically motivated to do it, the industry doesn't go to great lengths to make it more welcoming," says Dale.

"There can be this view that some people have it, some people don't. That person's an investor and I'm not. That's not how it works – no-one's born an investor."

The good news is that while there are still too few females investing, the numbers are going in the right direction.

Among online investors that signed up in the last 12 months, 28% were women, compared to just 13% that started more than 5 years ago, according to a report by Investment Trends.

It also showed that Australia is significantly ahead of other established markets, such as the UK (11% women) while not far off from the US (21% women).

"We're really aggressively encouraging to get girls involved. To let them know, you are going to make better decisions, you're not going to blow up your capital the way that a boy might do. But if you don't get started, it's all hypothetical," says Dale.

Thinking about getting starting? Find out how you can invest in shares online and take a look at our online broker comparison.