Quick verdict: The Withings ScanWatch does a superb job of fitness tracking, right down to ECG functionality, but despite its looks it's much more a fitness band than a proper smartwatch.

The Withings ScanWatch looks for all the world like a smartwatch, in the vein of devices like the Apple Watch or the Samsung Galaxy Watch 3. Indeed, like the Apple Watch (and technically, but not practically the Galaxy Watch 3), the Withings ScanWatch even features an in-built ECG tracking function to monitor your heart health.

However, it's not really a smartwatch as I'd count it. It's much more of a fancy fitness tracker, best suited to those who like wearing a watch that is an actual analogue watch, rather than a digital display strapped to your wrist. Its relatively high price for that feature set is also problematic when you look at the wider market of devices, unless that ECG function is really vital for you. 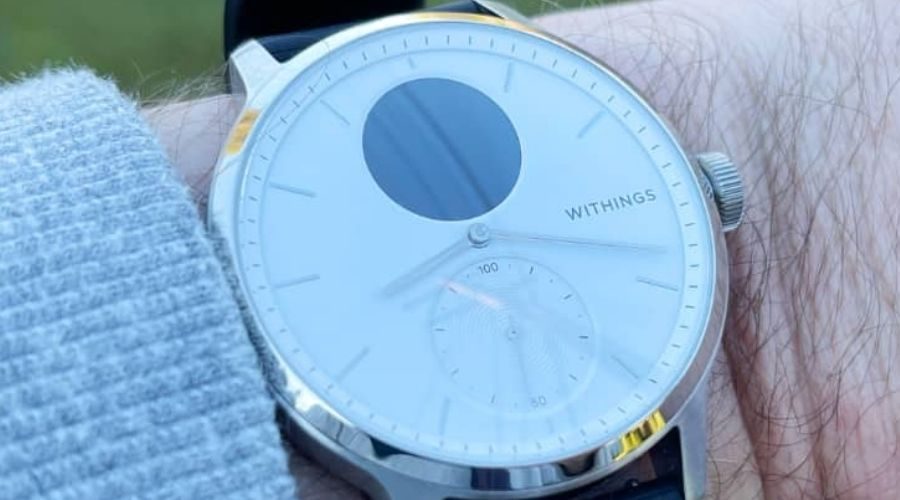 The most striking aspect of the Withings ScanWatch is that it's an actual watch.

Not that watches are some new invention or anything, but in the smartwatch and fitness tracking space, there's a strong shift towards devices with watch-style screens built around tiny LCD or AMOLED displays. That's not what the Withings ScanWatch does, instead offering up a full, traditional analogue watch face with a classic style.

Wearing a watch is as much of a style declaration as it is a utility matter these days, because your phone and countless other electronic gadgets can easily tell you the time without having to wear it on your wrist. There's undoubtedly a segment of the market that will appreciate this singular style, although the obvious drawback here is that you can't change the watch face in any way at all. Your singular choices here are made at the point of sale, with either a black or white watch face and choice of 38mm or 42mm body to pick from. 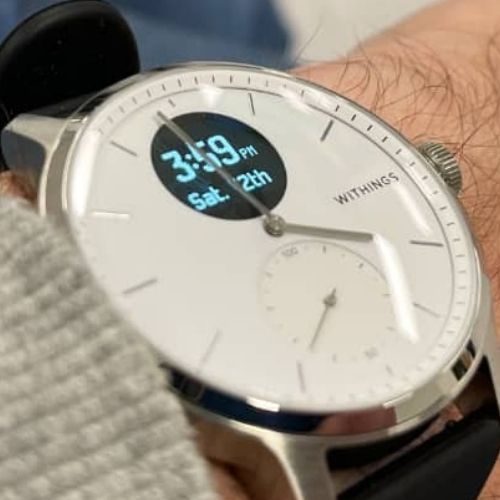 Because it's not the 19th century, the Withings ScanWatch does also feature a digital display, with a small circular PMOLED display that fires up when you tap the dial on the side of the watch. It can show you fitness metrics, health metrics and even the time, which means technically Withings has built a watch inside the watch that is the Withings ScanWatch – so that you can watch your watch while watching your watch.

While that sentence is somewhat brain-bending, it's not always a great reading experience beyond the digital clock. If either watch hand is anywhere near 12 o'clock, it will somewhat obscure what you're trying to read.

The Withings ScanWatch also features a secondary dial display. On some classic watches this might track seconds, but instead it's a dedicated step counter to enable you to track your daily step progress without having to invoke the digital screen.

The Withings ScanWatch ships with a quite basic wrist strap pre-installed. For a watch at this price, I would have preferred something a little more fancy by default, but it should be able to take most standard 18mm or 20mm bands if you want to switch it up. Withings sells bands for the Withings ScanWatch itself if you're keen on different styles. 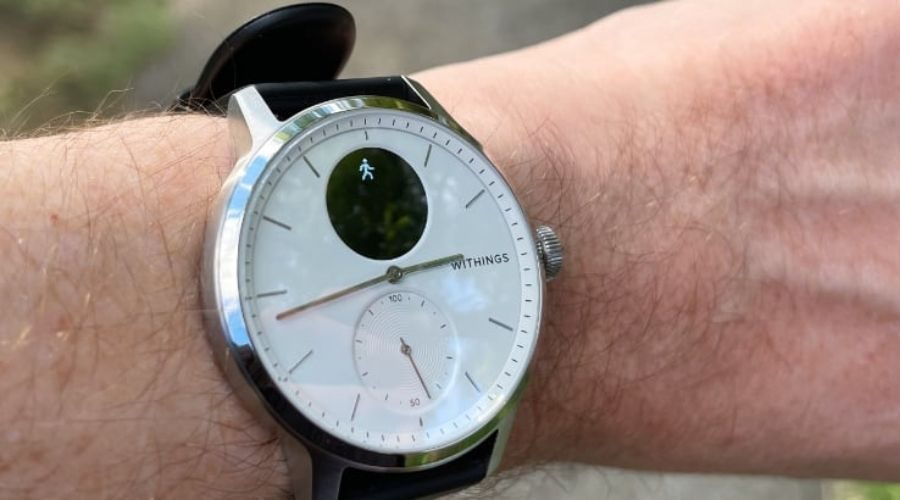 Like the recently reviewed Withings Body Cardio Scale, the Withings ScanWatch set-up requires Withings' own Health Mate app to install. The app is available for Android or iOS, but there's no capability to set the watch up or monitor your health metrics from a computer at all.

Health Mate is a nicely comprehensive app and that mirrors what the Withings ScanWatch can track. You get your usual step counter and heart rate as you'd get with even the cheapest of trackers, but also oxygen saturation, sleep tracking, calorie counting and automatic exercise tracking – along with the Withings ScanWatch's headline feature, which is ECG (electrocardiogram) tracking.

At the time of writing, the Withings ScanWatch is 1 of only 2 devices in Australia regulated for ECG, and it beat the other one (the Apple Watch) to market with that feature by some months. Samsung's Galaxy Watch 3 has ECG hardware, but we're yet to see it formally approved for ECG usage in Australia.

ECG can give you a picture of your heart health, but it's totally an indicative measure rather than a replacement for a clinical diagnosis. The most likely areas where an ECG is going to be useful in this way is for users typically over the age of 50, where irregularities are more likely to develop. Like the Apple Watch, taking an ECG is a simple matter of using the watch dial to select the ECG function and holding a finger to the dial for around 30 seconds. It works well, and like the Apple Watch has (so far) not given me any bad news about my own heart health. If it did, the smart thing to do would be to seek professional medical advice and get re-tested with a clinical ECG, amongst other measures.

However, the price you pay there (beyond the asking price) is that the Withings ScanWatch lacks a lot of features that smartwatch buyers specifically might look for. There's no in-built GPS, although it can use your phone's GPS for activity tracking while paired. There's no NFC, which means that payment systems such as Google Pay or Samsung Pay are out of bounds. Many smartwatches allow for local music storage, streaming or at least playback control while you're exercising, but that's also not a feature of the Withings ScanWatch. 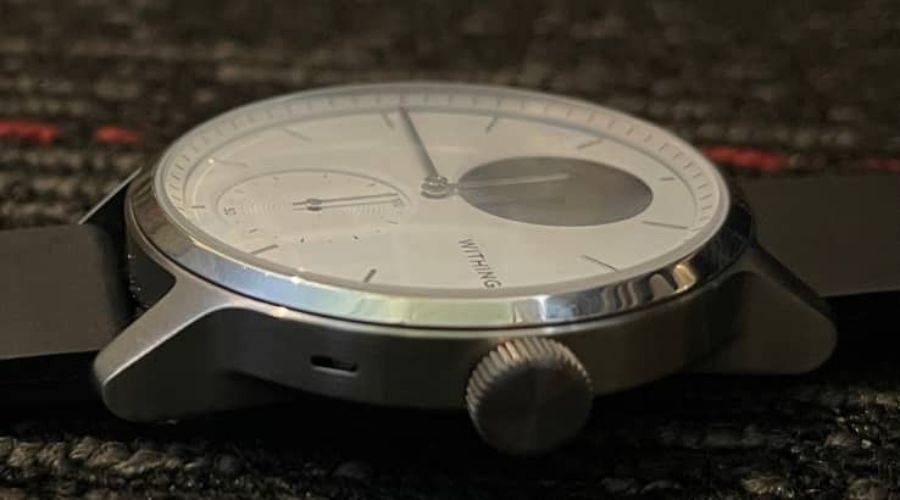 The trade-off of the Withings ScanWatch's limited feature set is that it can provide its tracking capabilities for a very long time indeed. Withing's claim is that it's capable of up to 30 days of regular usage, and even then another 20 days past that in lower power modes – not that it needs much for its smaller screen anyway.

That makes it a good choice if you need sleep tracking, for example, because you're unlikely to wake up to a flat watch that hasn't tracked your sleep due to battery issues. I've tested it for less than a month and it's certainly keeping its battery endurance high during that time.

Recharging is via a standard pogo pin disc attached to a short USB cable, but there's no provided charger in the box.

Should you buy the Withings ScanWatch?

Looked at from a health tracking capability viewpoint, there's very little to match the Withings ScanWatch. There's definitely a group of folks who would prefer a classic watch style too. That group is likely to skew older, and that matches up well with the genuine utility of ECG functionality as well.

However, the Withings ScanWatch does sell for a seriously premium price if all you want and need is more essential fitness tracking, and it's badly lacking in the kinds of features that many cheaper smartwatches automatically include. It's a nicely built device for a niche market, in other words. 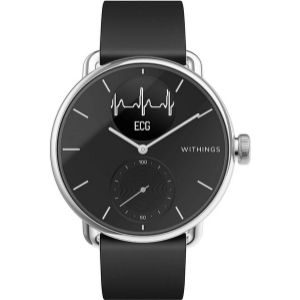