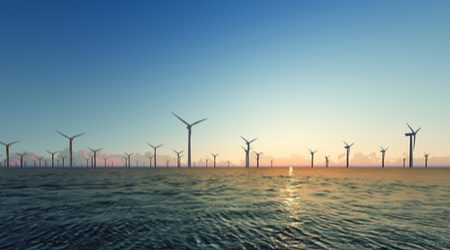 There's a relatively small piece of land in Southern Morocco, about the size of Manhattan, that has the distinction of being one of the few "Class 1" wind turbine locations in the world. A Class 1 turbine location is an area with an average wind speed, measured at the maximum hub height of a turbine, of at least 10 metres per second (36 kph).

All dressed up and nowhere to go

The catch is that there's not a lot you can do with the energy after producing it. It's an isolated area, so all that green energy will just be all dressed up with nowhere to go.

A company called Soluna Technologies, backed by the Brookstone investment firm and advised by Dwight Bush, former US ambassador to Morocco, now plans to change that with a combined wind power plant, crypto mining facility and data centre.

The plan is for it to operate off-grid until 2019, when high-voltage transmission lines from the Moroccan national grid reach the location. At that point, it's intended to help bolster Morocco's plan to produce over 52% of its power through green energy by 2030.

Soluna is taking the unusual step of planning a token offering to help finance the construction. It aims to raise $100 million in an ICO to build the first 36 megawatts of turbines to feed attached crypto mining and data processing centres. All up, the project might run to $3 billion, Bloomberg reports.

The plan is for token holders to become Soluna shareholders, eligible for a portion of the dividends from the plant. It's one of relatively few examples to date of ICOs stepping squarely into the shoes of traditional financing and essentially crowd-funding an enormous project.

There are a few reasons why tech-focused firms might buy some tokens while large traditional financiers would be hesitant to finance it in traditional ways. It's an expensive and risky project for anyone to throw big money at, but could be a lot more palatable with the risk shared among more parties, especially the less-finance and more-tech oriented ones.

The first risk is that it's crypto mining. A tech company that's confident in the future of the technology might consider it a safe risk, while a bank might not want to touch it.

The second is that it's wind-powered, and its returns are dependent on the weather. The energy produced and the profits made will be intermittent and difficult to predict. This might drive away large investors that need more consistency and predictability in their returns, but it might be fine as a crowd-funded project, where the risk is pooled and no single party is financially dependent on the weather being cooperative.

The third risk is that the legal status of the territory is in dispute. It sits in a region claimed by both Morocco and the Algerian-backed Polsario Front. The long-term plans for the site include involvement from the Moroccan side of the fence, which might cause issues in the future.

With these issues, it might all be too risky for a small handful of large financiers to back the project entirely, but may still present a reasonable proposition for a larger number of smaller backers. The ICO space has typically revolved around scams and tech-heavy crypto projects in equal measure, but it's increasingly showing utility beyond that narrow range.