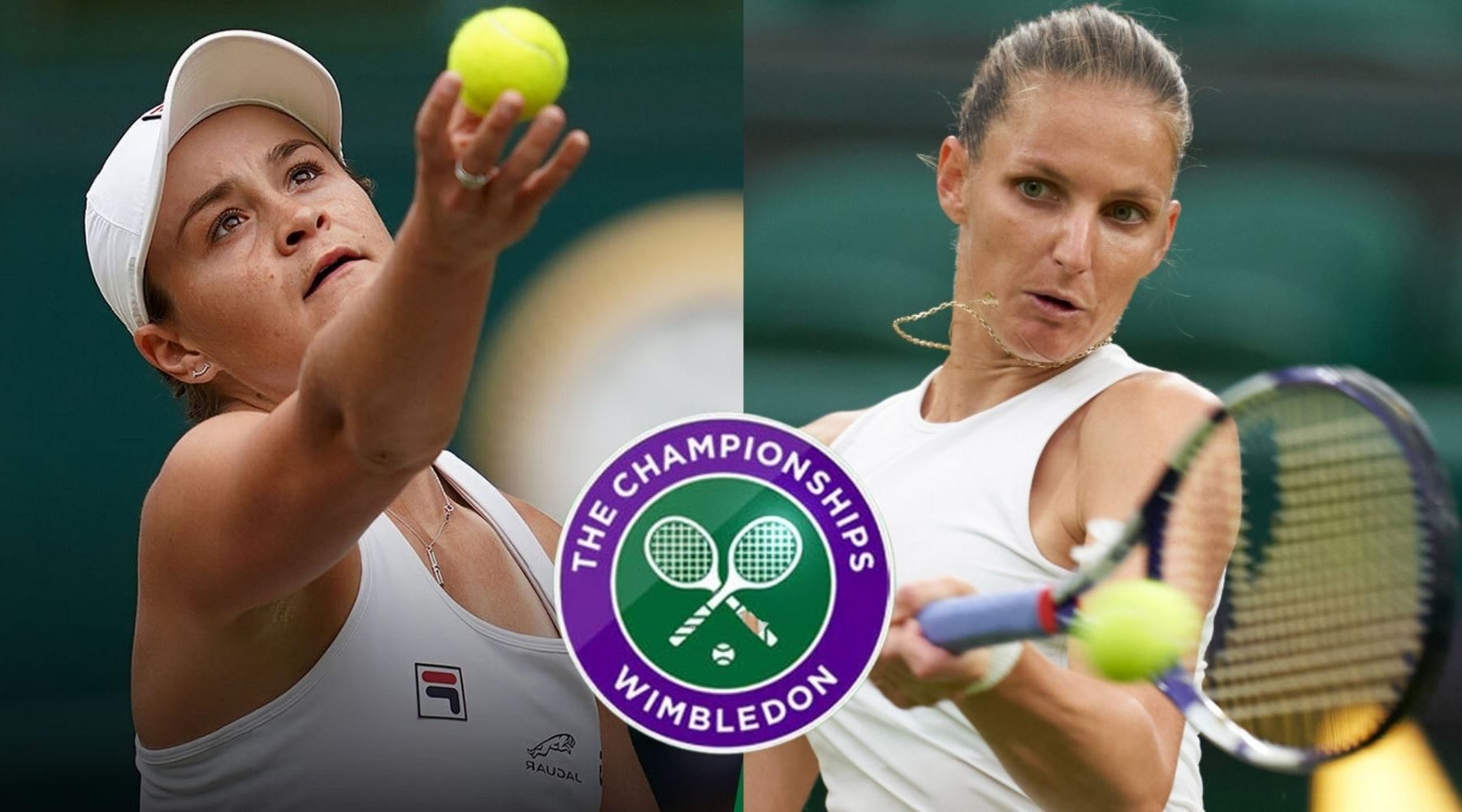 Here are all the ways to watch Ash Barty vs Karolina Pliskova at the Wimbledon 2021 women's final.

The world's number 1 female tennis player Ashleigh Barty has secured a place in the Wimbledon final against the Czech Republic's Karolina Pliskova. The 2 women will compete for the coveted Ladies' Singles Trophy on Saturday, and Aussie tennis fans couldn't be more excited.

It's the first time an Australian woman has reached the finals at Wimbledon since 1980 when Evonne Goolagong took home the silver plate. If you're keen to catch the match live in Australia, here's everything you need to know.

The Wimbledon Ladies' Singles Final will take place on Saturday, 10 July at 11pm AEST. Like all Wimbledon matches, it will be held at the All England Club in Wimbledon, London on an outdoor grass court.

The Wimbledon Ladies' Singles Final will be broadcast live on the Channel 9 free-to-air channel 9GEM. (Previous matches were hosted by Channel 7, but Channel 9 snapped up the rights last year.)

How to watch the Wimbledon final online

If you want to stream the match live, you have 2 main options: 9Now and Stan Sport.

Stan will be streaming the finals live and ad-free. It costs $10 per month on top of a Stan subscription, but you can currently sign up for a free 30-day trial.

If you just want to catch the highlights, Foxtel's Kayo Sports will be showing a wrap-up the day after. You should also be able to find Wimbledon final highlights via various YouTube channels.

It's worth noting that Foxtel has the rights to the entire WTA tour, so if you're keen to see more of Barty in action, a Kayo subscription is definitely worth considering.

Who will win the Wimbledon women's final 2021?

Ash Barty came into the tournament as world number 1 and the top overall seed. Karolina Pliskova is currently ranked 13th in the world and is seeded eighth. In other words, this is definitely Barty's match to lose.

If Barty proves triumphant, it will be her second grand slam title following her win at the 2019 French Open. You can check out the full list of previous winners in our Wimbledon tennis guide.

What about the men's final?

The Men's Singles Final will take place on Sunday, 11 July at 11pm AEST. The finalists have yet to be determined, but it will be 2 of the following players: Matteo Berrettini, Hubert Hurkacz, Novak Djokovic and Denis Shapovalov.

Where to watch other tennis tournaments

The year's final major, the US Open, will be streamed via Kayo Sports in Australia. The service currently has a 14-day free trial for new users, so you could potentially sign up before the competition and watch the whole thing for free.

Another option is beIN SPORTS CONNECT. The sports streamer also has a 2-week free trial for new customers and shows action from the WTA Tour, Fed Cup and Davis Cup tournaments.