Will the RBA cut the cash rate any further?

In May 2013, the RBA cut a further 25 basis points off the official cash rate. This brought interest rates down to a 50-year low, but it still seems that this cutting cycle could well have further to run.

The current interest rate settings are very loose by historical standards. The last time they were this low was in the middle of the GFC, when rates were brought down to an "emergency" level of 2.75 percent.

Prior to that, you've got to go back 50 years to find official rates as low as this.

So rates like this should be super-charging the economy. And yet most market economists think that the RBA's not done yet and we could easily see another 25 or 50 basis points cut off the cash rate before the year is out.

So what's going on? Is the Australian economy really as sick as all that?

In part, the low setting is designed to help Australia stand on it's own two feet, while the rest of the world gets its act together.

While the worst of the GFC is already 5 years behind us, economic recoveries in the US, Europe and Japan have failed to gain traction. The US has posted some decent results in the first half of the year and markets and commentators are cautiously optimistic, but Europe just seems to lurch from one crisis to another and growth outcomes continue to disappoint.

China continues to offer Australia a lifeline, but even then the Chinese outlook is softening, as officials try to engineer some of the zing out of a bubbly property market.

And so with little support from our economic cousins across the seas, Australia has had to go it alone.

And so far, we've done a pretty good job.

Australia continues to post "envy of the world" growth results and unemployment, while it has edged higher in recent months, it's still a respectable 5.6 percent. 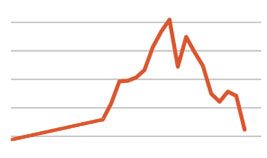 However, the concern for the RBA is that much of this strength has been built entirely off the resources boom. The danger is, as Australia quickly approaches a peak in mining investment, that domestic, non-mining industries are still not ready or able to step into the breach.

The current rate cutting cycle has been specifically designed to bolster the domestic economy – to help it stand once the crutch of the mining boom was removed.

But so far, rates cuts have had a pretty muted response.

Investment intentions in the non-mining sector remain unconvincing and business lending is flat. Consumers also appear flighty and while consumer confidence has improved in recent months, it remains fragile and vulnerable to events overseas.

And the housing sector, often the most rate-sensitive sector, has had trouble breaking free of the GFC mire. Prices appear to have bottomed around the middle of last year, but given the scale of rate cuts in recent times, the recovery has been underwhelming to say the least. The construction of new houses in particular remains a real concern.

So could rates go lower?

And so with inflation comfortably contained with the RBA's target band (with, it seems, more risk of breaking out below than above), the RBA has plenty of room to move if it wants to. In May, they decided that they'd hedge their bets and give the economy a little extra push.

And could rates go lower? 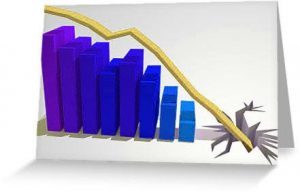 Well, if the domestic, non-mining economy only continues to muddle along, or if the global outlook deteriorates further, then we could very easily see another 25 or 50 basis points before the year is out.

Given the benign outlook for inflation, the RBA can afford to wait until there are very clear signs that the Australian economy is up and going again.

However, there are also some serious factors keeping downward pressure on rates.

The first is the Aussie dollar. The RBA is very aware that the dollar's strength is hurting domestic industry and although the dollar has come off a little since the May announcement, it remains elevated and probably over-valued.

The separation between the Aussie dollar and commodity prices over the past year has been something of a puzzle. However, with official interest rates already at zero in the US and Japan and on their way there in Europe, this interest rate differential has made Australian government debt very attractive. This in turn has given support to the Aussie dollar.

So the RBA will happy to narrow this differential if it has the opportunity and hopefully bring the Aussie dollar back in line with fundamentals.

The second factor weighing on interest rates is the contractionary stance of fiscal policy. The recent budget laid out a return to surplus that involved significant cuts to spending over the forecast horizon.

This means that tighter fiscal policy will be working against a stimulatory monetary policy, rather than side by side as they did though the GFC.

This means that, to get the same bang for their buck, the RBA will need to keep rates lower for longer.

Together, these factors mean that momentum is still squarely towards lower rates this year. It would take some surprisingly strong numbers, both here and overseas, before the RBA would be satisfied that the current job was done.

<p>Despite mounting speculation about the…

<p>A cash rate trimming may be here before…

RBA survey: Experts say Australian economy is yet to “turn a corner”

<p>Melbourne homeowners may need to wait at…

Investing in the era of COVID-19

<p>Finder speaks with investment experts from…

<p>With the end of JobKeeper fast…

RBA survey: Only 35% of experts think now is a good time to buy property