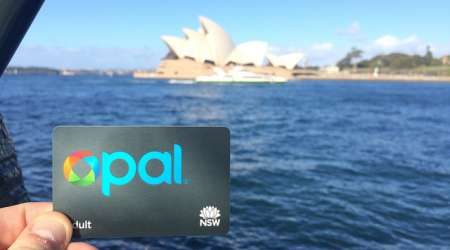 A trial in NSW paves the way for easier ticketing.

As well as Opal fare changes, NSW Transport has announced that the system will undergo another upgrade over the next year. The upgrade to the Opal system will trial commuters using credit and debit card contactless payments, rather than an Opal card, when tapping on and off. While no date has been set in stone, the trial is set to kick off on Sydney’s trains, buses and ferries as of next year after new software has been installed in the current system.

The trial is based on London’s Oyster card system which currently allows contactless card payments. According to MasterCard, more than 350 million rides have been made using contactless card technology since it was introduced in late 2014. If this statistic and the frequent use of contactless payments at the checkout in Australia is any indication, you can assume that the trial will prove to be a popular one.

But if you already have an Opal card, why would you want to make the switch? We’ve highlighted some of the major benefits to help you decide below:

Only have one card

In an almost cashless society, our wallets may be free of shrap but they’re becoming inundated with cards. From your credit and debit cards to your opal and loyalty cards, it’s easy to grab the wrong one when you’re in a rush to catch your train. In this instance, using your card for contactless Opal payments could be a more convenient option and could mean one less card in your wallet.

Plus, if you’re using Samsung Pay or Apple Pay, you might not even have to use a card to tap on and off. Instead, you could use your smartphone at the Opal terminal. And let’s face it, you’re bound to have your phone out to whittle away the time on the bus or train anyway, so that just adds an extra layer of convenience.

Getting to the Opal terminal and realising you don’t have enough money loaded on your card to make the trip is an annoyance we’ve all faced. Topping up your Opal is only a minor inconvenience, but still it’s one you wouldn’t have to deal with if your travel fare was automatically deducted from your debit or credit card.

If you have automatic top ups organised with your Opal card, using a credit or debit card also means that you won’t suffer the blow of your account automatically transferring $50 to your Opal when you reach the minimum and you’re running low on funds. Instead, the funds will just be deducted as you tap on and off.

Using your credit card to tap on and off could be a great way to build up healthy credit on everyday expenses. Your daily commuting expenses are unlikely to be too exorbitant, meaning you should be able to repay them with ease at the end of each month. If you’re able to do this without making late payments or incurring interest, you could build up a healthy credit score based on timely repayments.

If you have a rewards credit card, you might be able to pick up some points on your bus ride into work. Most rewards or frequent flyer credit cards allow you to earn rewards points for every $1 spent on eligible purchases. So, depending whether an Opal transaction will be considered an eligible purchase come next year, you could be rewarded for your everyday commute.

While NSW is scheduled to have the technology in place by 2017, it’s likely that the equivalents in other states (including Victoria’s Myki and WA’s Go) won’t be introduced until the end of the decade. Given the scale and complexity of Sydney’s transport system, the NSW Transport Minister Andrew Constance has announced that the trial will be an Australian first.