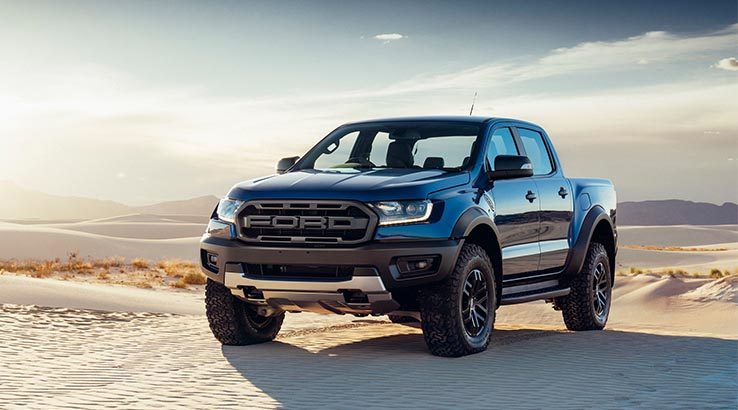 Here’s why we’re looking forward to the new Ranger Raptor.

A while back, we shared an awesome video of the Ranger Raptor being vigorously shaken down by Ford in Alice Springs. We have more concrete details about the Australia bound super-ute now, and it is making us full of excited anticipation!

For those of you who aren’t familiar with the Raptor line, Ford engineers take a stock ute (they first did it with the F-150 truck) and turn everything up to 11. With the Ranger’s sales success, Ford execs decided to create a super-ute, which will be the only factory-built performance dual-cab in the Asia Pacific market.

Ford’s Global Director of Performance, Hermann Salenbauch, said the car maker was now flying Ranger models out to the same foreboding Californian desert used to test the mettle of the Ford F-150 Raptor.

“It is the harshest terrain we can find that is similar to race tracks like the Baja 1000 and the Dakar Rally. It’s the best area in the world to test a truck like this. If it can survive there, it can survive anywhere.”

Most production-ready off-road, high-speed vehicle in the world!

The chief engineer who oversees the Shelby, Focus RS and F-150 Raptor programs, Ed Krenz, said the Ranger Raptor wasn’t styled to look aggressive. The mean looks and equipment are a by-product of its immense capability and rugged construction.

“Every aspect of this vehicle has performance at its heart and you can see it. The wide track, the lifted height, the flared fenders, the Fox shocks, the big wheels and tires. Its aggressive looks are a product of the job it has been asked to do. It’s unmistakably a Raptor and the Ford Performance DNA is there in every way.”

Krenz exclaimed the new ute is the “most production-ready off-road, high-speed vehicle in the world”. He expects it will be utterly mind-blowing when it arrives.

An insight into the Ranger Raptor’s engineering

During stress-testing, Ford’s engineering team went to the harrowing Finke Desert race track in Alice Springs. It was here, that the Ranger Raptor Chief Programme Engineer, Damien Ross, realised that the Raptor was a total off-road leviathan.

“One of our early goals was to make sure that we set up the vehicle architecture so that it could handle high speeds off-road. We took a series of woops at speed in our first prototype and it was just astounding. We knew we were onto something special.”

The secret to the Raptor’s abilities lies underneath the body. Ford approached off-road suspension legends Fox Racing to source a set of robust dampers. Without these upgraded dampers, the car would shake itself, and the driver, to pieces. Ford also employed what is known as a Watt’s linkage on the rear of the ute. This setup keeps lateral movements under check, and when working in tandem with the wider track, makes the ute more stable off-road at speed.

Ford opted to install one of its diesel engines, with two turbochargers and 10-speed automatic gearbox. Together, they should make for an explosive power delivery and copious amounts of grip.

Even the seats had to be refined, to give drivers more protection from the harsh terrain that a Raptor will happily eat up.