What an RBA emergency interest rate cut means for stocks 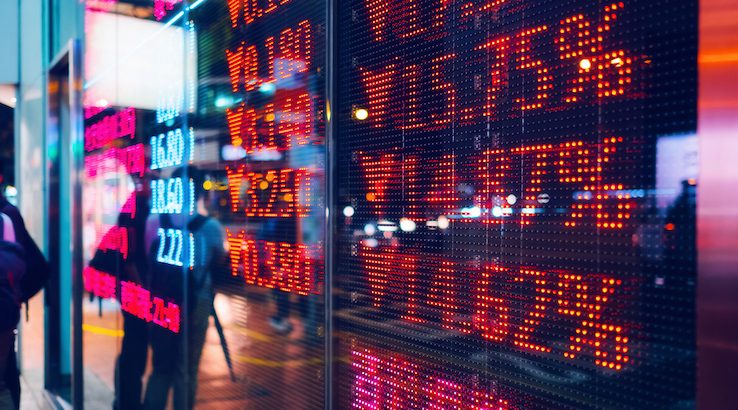 Just when you thought Australia's stock market couldn't perform a steeper dive, it breaks all the rules and carries out a triple back somersault.

The benchmark ASX200 index closed 9.7% down on Monday to 5002.2, its biggest 1-day fall on record, while the All-Ordinaries saw its second biggest fall after the 1987 Black Monday market crash.

It comes after a wildly volatile trading session Friday that saw the market fall over 7% in the morning before jumping by a whopping 13.7% in the afternoon to close up 4.4%.

"It’s the craziest I’ve ever seen it, it’s more manic than the GFC. It is the fastest time to a bear market we've ever had." – AMP chief economist, Shane Oliver

Monday's fall followed reports that the Reserve Bank of Australia (RBA) would be cutting interest rates this week two ahead of its April rate meeting and introducing emergency liquidity measures to support the financial sector.

A lower cash rate is supposed to be good news for the stock market, so its decidedly unhappy reaction will have done little to calm the nerves of investors.

I spoke with AMP's Shane Oliver and IG's Kyle Rodda to get their views on what has arguably been some of the most intense trading days on record.

Why has the market crashed (again)?

There's a lot going on in the economy right now that has investors spooked – and the stock market is an emotional beast.

Despite the boost from policymakers, investors will be scrambling to assess how new government packages and central bank policy changes would offset the expected damage from the virus.

"Markets are trying to grapple with all this," said Oliver. "And it's all against the backdrop of people’s work environment changing, people worrying about their own health and their loved ones."

Coronavirus cases have jumped significantly in Australia and overseas in the last 24 hours, with 171 now positive in NSW alone as of Monday afternoon.

In a very short space of time, we've also seen tighter travel restrictions, office closures and a ban on mass gatherings that will all have economic impacts.

What an RBA rate cut means for stocks

Investors are expecting the RBA to cut rates this week after New Zealand's RBNZ slashed rates by 75 basis points and the US Federal Reserve effectively cut its rate to zero in emergency announcements.

The RBA also said on Monday that it was introducing new quantitative easing (QE) measures in a bid to inject liquidity into financial markets and stave off a recession.

Both of these central bank moves should (in theory) be a boon to the stock market and the economy.

But the news apparently wasn't enough to curb investor fears over the pandemic – or the concerns that come from needing the emergency action in the first place.

"In principle it's a good thing because it's designed to promote growth and liquidity in the financial system," IG's market analyst Kyle Rodda told Finder.

"But we’ve seen this happen a few times now where the Fed comes out with this emergency reaction, and it's a shock to the system that such extreme measures are required."

The RBA has said it will implement quantitative easing (QE) measures by buying back government bonds in exchange for newly printed cash. The being that it's pumping more money into the economy.

Quantitative easing is controversial for a number of reasons. One reason is that it arguably supports stock market investors better than the economy as a whole.

"The argument against it is that QE exacerbates wealth and inequality because it tends to inflate asset prices which is mostly stocks. The argument for it is there’s not a lot of other options." – IG market analyst, Kyle Rodda

While an immediate stock market recovery was unlikely to happen following the QE announcements, Oliver said it would also ultimately be a positive thing for investors.

"We’ve seen this in the past during the GFC when America was doing QE, and markets ultimately didn’t bottom out until after they’d commenced," said Oliver.

Initial QE was announced at the end of 2008 during the GFC, but the market didn't start recovering until a few months later.

"But it doesn’t necessarily mean that markets are going to bottom any time soon. They’re still vulnerable to a flow of bad news from coronavirus... But anything will help."

Australia is also in a unique position compared to other economies as its market is heavily weighted towards financials.

Because a low interest rate environment is a challenge for banks to maintain profit margins, financial sector stocks tends to fall when interest rates are cut.

In effect, low interest rates are a two-edged sword in Australia – they should technically help to prop the market up, but they're also bad news for our major banks.

The RBA is set to make an official announcement on the cash rate and planned QE measures on Thursday.