Why Southend is London’s sexiest airport 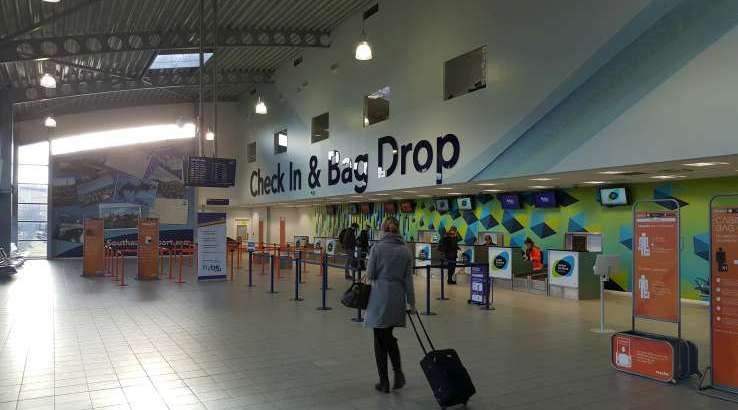 It's the one you've never heard of, but it proves that small is beautiful.

Everyone has heard of Heathrow, London's busiest airport (and the second-busiest in the world in terms of international passengers). I'd venture that many Australian travellers have also heard of Gatwick, Luton and Stansted too, and a few might even be aware of London City. But you'd have to be a travel tragic like me to be aware of London Southend, the sixth airport to serve the UK capital. I've finally ticked flying from that airport off my travel tragic bucket list, and I'm here to tell you: if it serves somewhere you want to fly, it's way less stressful than any of the other London terminals.

Southend has something of a chequered history. In the 1960s, when air travel was a luxury, it was actually London's third-busiest airport, and even appears in the James Bond flick Goldeneye. However, regular services declined in the 1980s as other options expanded and got better public transport connections. It wasn't until the Stobart Group purchased Southend Airport in 2008 and a new train station was opened to service it in 2011 that airport usage began expanding again. While it now offers flights to more than 20 destinations year round and a dozen extra during summer peaks, it's still a minnow compared to the other London airports.

That brings one enormous advantage: there are far fewer people using it, as I learned on my recent trip. When you're used to fighting through crowds and queuing endlessly, an airport that's filled with empty space is very appealing. 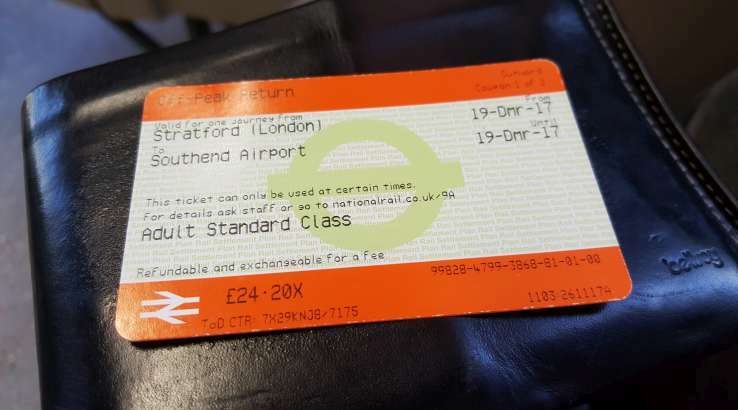 The simplest way to get to Southend Airport is to take the train service, which runs from London Liverpool St to Southend Airport via Stratford (and then continues on to Southend Victoria). The journey from central London takes about 55 minutes, and costs around 12 pounds one way. That's a similar journey time and cost to what you'll pay for Gatwick, Stansted or Luton. Heathrow is cheaper if you take the tube, but somewhat slower and much more crowded. (The Heathrow Express from Paddington is much quicker, but eye-wateringly expensive - not worth it unless you can claim on expenses!) 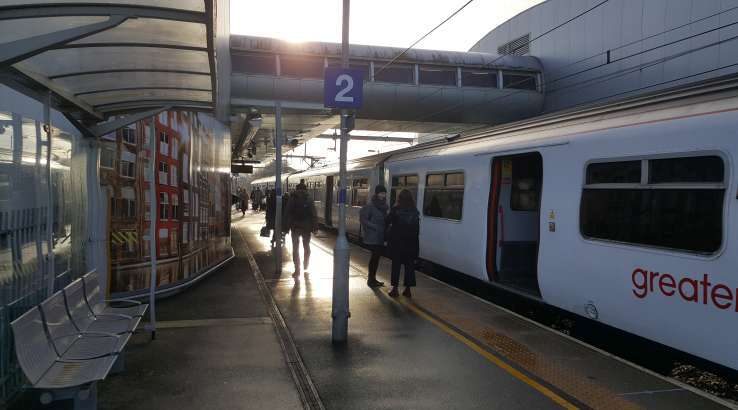 When I took the train on a cloudy Tuesday, it was very far from full: plenty of room for luggage, though most of my fellow passengers were, like me, packing only carry-on and not too much of that. The station itself is still so relatively new that the ticket barriers aren't functional. Coming in you do have to take a walkway across to the airport side, but there's a handy lift if you can't contemplate the stairs. Overall it's way less hassle than Heathrow's central tube station, or the crowded nightmare of Gatwick Station. 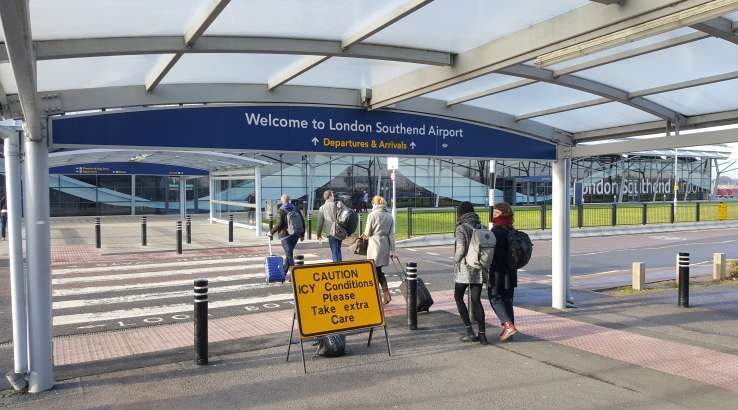 You're unlikely to get breathless getting from station to check-in.

I'd already checked in online, but as you can see from the picture at the top of this story, I wouldn't have been forcing my way through the queues to check in if I'd needed to. That continued at security, where I was one of just three people in the line, and thus had a friendly chat with the security dude rather than feeling under pressure to offload everything as quickly as possible. 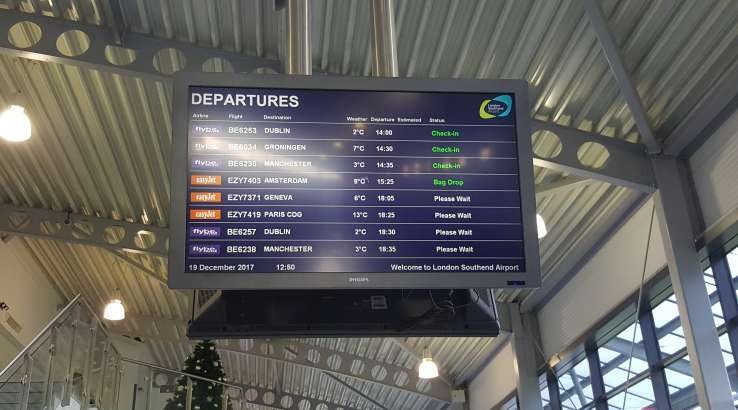 Once you've cleared that, you're through to the main concourse, where once again there was space galore. There's not much in the way of retail: a WH Smith, a duty-free outlet, a pub and a cafe. But how much more do you need? One weird novelty: slot machines. The only other time I've seen those in an airport is (naturally) Las Vegas. 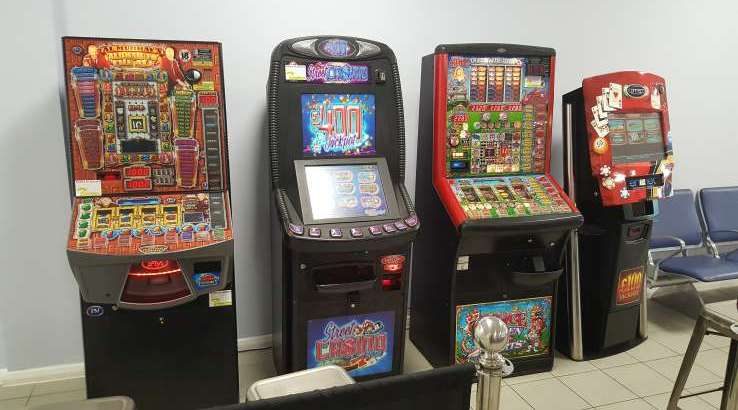 It's one way to pass the time.

On a functional level, all airports are the same. However, in a crowded metropolis like London, being able to dodge massive crowds is a definite plus. While I imagine it would be a lot busier here at Southend in summer, the other big airports would be even worse.

If you are planning a trip to London, it's worth remembering that you do have choices for flying other than the big guns. Both Southend and London City are way less stressful, so don't restrict yourself to the "traditional" choices. 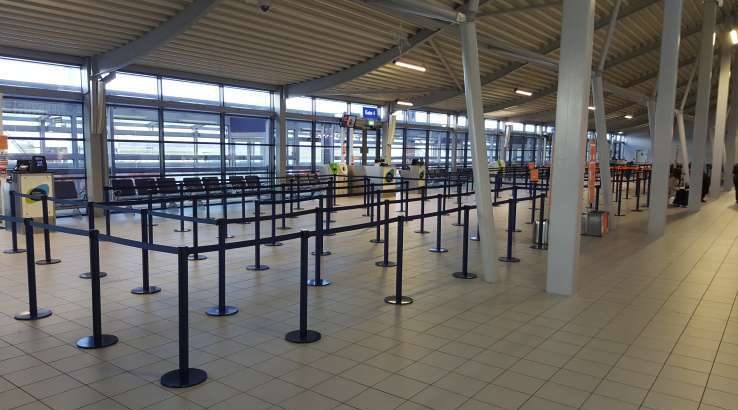 Who stole the queues?