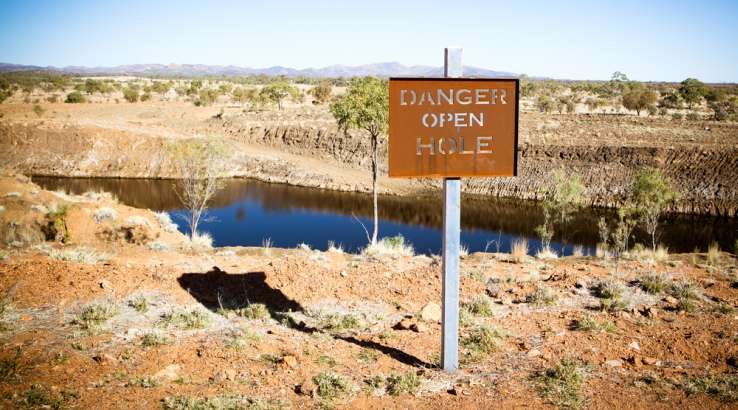 Economics isn't perfect but it understands why wheelbarrows of cash don't help, as Richard Holden from UNSW explains.

Economists did not predict the financial crisis of 2007, nor did we predict that advent of secular stagnation that has followed. Those events have shaken the economic and political world. Our theories need work. Maybe a lot of work.

But those events, and the failings of economists, have given a bunch of cranks the chutzpah to claim that they do know the answers – and that they knew them all along.

These folks sometimes refer to themselves as "heterodox economists", "neo-chartalists", or proponents of "modern monetary theory".

Support has even made it to the UK Labour Party, with Jeremy Corbyn's proposal for "people's quantitative easing". This would see the Bank of England simply "print" the money that would be used "to invest in new large-scale housing, energy, transport and digital projects".

But, alas, some supporters are peddling falsehoods that warrant a blanket response.

Modern monetary theory, a term coined by Australian economist Bill Mitchell, says the following: (1) Countries that control their own currency cannot default on sovereign obligations because they can always print more money. (2) Thus, said countries can provide unlimited resources, pay for whatever they want, and create full employment. Nirvana, here we come!

There are many ways to critique this notion. For starters, it is not formal, it is made in prose and is subject to all the pitfalls that come with attempts to make precise statements with imprecise tools.

But it also begs an obvious question: if it is so easy to fix a nation's economic ills – just run the printing presses round the clock – then why doesn't everyone do it?

The modern monetary theory crowd argues economists have misunderstood how the government interacts with the economy. The rest of us just don't get it! It's all a big conspiracy, it would seem.

But here's the essential substantive problem. Suppose a government wants to pay for some "stuff". If the government prints money and doesn't back that by issuing bonds then there is inflation. That inflation leads to the government needing to print more money to pay for the stuff. Which leads to more inflation. And pretty soon that leads to wheelbarrows of cash being pushed around, hyperinflation, the destruction of all savings in the economy, and (in some notable cases) world war.

Just think about it. If you expect there to be inflation do you want to hold cash, or spend it. Hint: spend it. You can wait until tomorrow and have something much less valuable, or spend it today. But that spending drives up prices, which drives up the desire for everyone to spend today, and on and on…

For a recent example, just take Zimbabwe: in late July 2008 a Zimbabwean (second, or "ZWN") dollar was worth 688 trillion times less than it was in August 2006.

When one issues bonds to back a deficit one has to convince investors that, at some point, revenues will be raised or spending will be cut. Otherwise investors won't buy the bonds at the prevailing price. And a higher price means that less deficit spending can be financed.

It is the discipline of market expectations. And it is a fact.

I won't go through the math here, but the problem with modern monetary theory is that, in short, there is only a finite amount of real economic resources that can be extracted through seigniorage (the difference between the face value of physical money and its production costs). Or, to quote the late, great Zvi Griliches: "one can only get so much lemon juice out of a lemon."

So here's my challenge to the modern monetary theory crowd. Please state a formal, precise, economic model in which a monetary authority can extract an infinite amount of real resources through seigniorage. Or be quiet.

I understand that "mainstream" economists have some work to do. That's how science moves forward. Einstein didn't say Newton was a knucklehead, he came up with a better theory.

What modern economics has going for it is that it is a formal, falsifiable theory. People can understand exactly the assumptions, the chain of logic, and the predictions.

One can't say that about modern monetary theory. Or is it "neo-chartalism"? Perhaps it's really just neo-charlatanism.

This article was originally published on The Conversation. Read the original article.