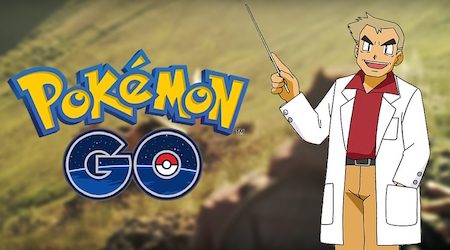 The country/city divide rears its ugly head once again, because playing smash hit mobile game Pokémon GO in regional Australia is quite a different prospect to playing it in the big city.

Pokémon GO launched in Australia late last week and, server burps notwithstanding, it has taken hold of a lot of smartphone processing cycles and battery life. I was keen to partake of Niantic/Nintendo’s AR-assisted game, so I downloaded it as soon as it was available.

I’m usually found in Sydney and its surrounding suburbs, which we’ve mapped extensively for Pokémon GO locations already. For the launch period of Pokémon GO I was, by dint of taking a short break, instead located in the tiny New South Wales fishing village of Iluka. It’s a charming and relaxing spot, but it is small, with a population of under 2,000 individuals.

As such, you might think that I could have had all of Iluka’s precious Pokémon GO resources to myself, as distinct from the rough and tumble of city-based Pokémon battling. All those Pidgeys! All The Squirtles! ALL THE CHARIZARDS SHALL BE MINE!!!

Ahem. Sorry about that. Anyway, while those kinds of thoughts did go through my head, the reality of Pokémon GO outside major population centres isn’t a case of vast harvests of readily-slurped-up Pokébeings, easy gyms and as many Pokéstops as you can spin for free resources.

Indeed, it’s quite the reverse, because Niantic has opted to place resources for its AR game most solidly around major population centres, and this means that if you’re in a smaller area, resources such as Gyms, Pokéstops and even just wild Pokémon are few and far between.

I got out and about with my children to hunt Pokémon using my phone, and we walked around a very great deal. All good, healthy exercise, and one distinct advantage of hunting in a tiny locale is that you’re at much less risk of being run over or mugged than you might be in an larger town or city.

The pickings of Pokémon were, however, quite slim. So while I could read about city-based friends of mine quickly levelling up, claiming gyms and walking around to hatch eggs, all I could do was wait at a specific corner that we quickly dubbed "Pidgey Corner", because pretty much any time we walked past, a Pidgey was fairly likely to spawn there. Otherwise a few random Pokémon might be lurking several steps away, but often the chase was more of the wild goose variety than the wild Bulbasaur one.

This changes Pokémon GO markedly, because while it’s harder to level up, and distinctly less competitive, it’s also significantly more rewarding to catch one when they’re not in fact everywhere. Naturally, it’s slightly better exercise if you do have to trek further to find virtually generated tiny creatures.

It’s still rather limiting, though, because while gyms might be less contested in smaller areas, that also means they’ll be less prestigious. Fewer Pokéstops means less ability to get "free" Pokéballs, which is problematic too. If you travel frequently between city and town, you may find yourself badly outclassed by the inhabitants and owners of more prestigious and heavily contested gyms.

Also, the locals may well look at you funny, but frankly, that’s going to happen no matter where you choose to play Pokémon GO.