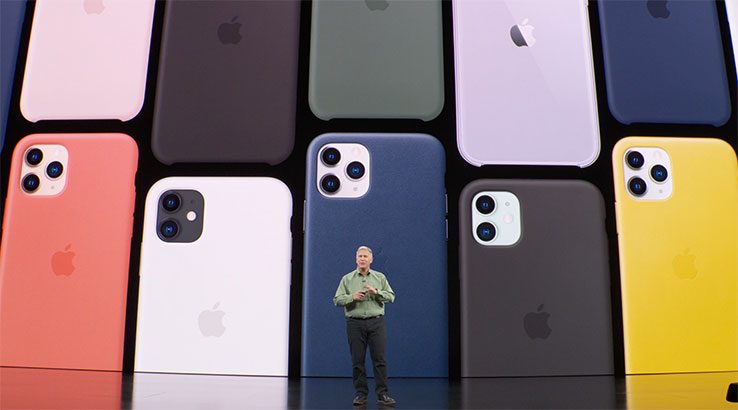 Apple's freshly announced iPhone 11 is distinctly lacking in 5G, and that's for a reason.

Apple rolled out the heavy hype machine this morning for its launch of the new Apple iPhone 11, iPhone 11 Pro and iPhone 11 Pro Max. They're shiny new iPhones with new processors, improved battery life and all-new camera sensors. So far, so standard script.

The one feature missing from Apple's presentation was any mention at all of 5G. That's not entirely surprising, because none of the new iPhones is 5G compatible, and that's for a reason.

That reason, ultimately, is money. Yes, it's undeniably true that we're still in the early stages of the 5G rollout, and many pundits will try to tell you that Apple is simply waiting until 5G is "ready" for the market before adding it to an iPhone.

While 5G isn't everywhere, the simple reality here is that the reason why Apple hasn't gone down the 5G route has a lot more to do with money, and a lot less to do with the rollout status of 5G globally than you might think.

There are only a handful of suppliers for 5G modems right now, and up until very recently, Apple was involved in quite serious litigation with Qualcomm, arguably the biggest 5G modem supplier there is.

But doesn't everyone else already have 5G?

Well, they can, but it depends on which chip supplier you use. Qualcomm has its own 5G modem family, as does Huawei in the recently announced Kirin 990 chipset. But Huawei is not selling Kirin 990 to anybody. Likewise, it doesn't seem likely that Samsung will start selling its own Exynos 980 5G capable chip to external parties.

Apple, for its part, had shifted to using Intel as its modem supplier for 4G iPhones, including last year's iPhone XR, iPhone XS and iPhone XS Max. It was relying on Intel to deliver 5G capabilities at mass scale, expected for the second half of the year.

Intel didn't quite get there. Apple settled with Qualcomm, and rather rapidly, Intel announced that it couldn't see a path to profitability, effectively killing off its mobile modem development business before selling the entire business... to Apple.

Clearly, Apple wants to build its own modems, something it already sees rivals such as Samsung and Huawei doing.

However, the diversion into Intel left Apple well behind the 5G pack. It's now back on board with Qualcomm, and presumably will be so for as long as it takes for its new ex-Intel modem business to actually kick Apple-branded 5G into gear.

That hasn't happened this year, and even if Apple does offer up a 5G-capable iPhone next year, it's likely that it will be running on Qualcomm's modems, not its own.

Is the lack of 5G really a big problem?

It's certainly not a critical problem for iPhone users, because 4G is considerably more stable and widespread. 5G networks will get better speeds and wider coverage over time, and you're probably not going to feel the full benefit for at least 12 months.

However, we've seen an expanding trend of phone users, including iPhone buyers holding on to their phones for three or more years before "trading up". That's where the lack of 5G is problematic because if you rushed out to pre-order an iPhone 11, you'd have a phone stuck on 4G frequencies 3-5 years from now when 5G should have really kicked into gear.

It is a tricky balancing act, and it's not one that always favours the premium price that 5G commands in every handset. For Apple though, where premium pricing is essentially guaranteed because Apple says so, it feels a little galling for 5G to not be an option at all.