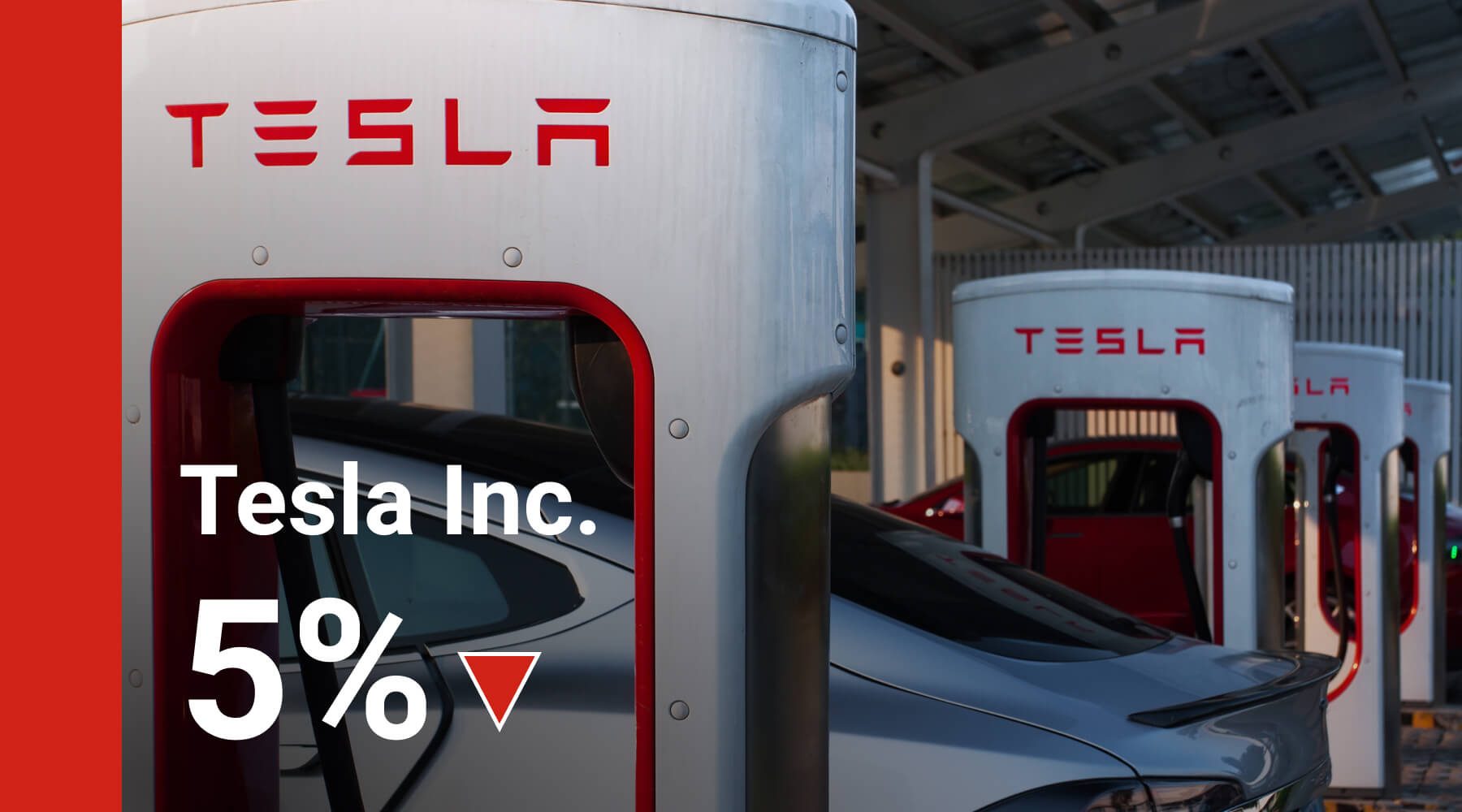 Shares in electric car giant Tesla Inc. (NASDAQ: TSLA) have plummeted 12% to US$1,023.50 in overnight trading on Wall Street – their biggest daily loss in 14 months. This is on top of the 5% drop the stock recorded on Monday.

What has prompted the drop in the Tesla stock price?

The rout in Tesla shares has been triggered by a tweet from CEO Elon Musk over the weekend.

The billionaire asked his followers if he should sell 10% of his stake in order to pay taxes.

His tweet follows rising pressures from the US government to increase taxes for the super-wealthy.

Nearly 58% answered in the affirmative.

How many shares does Musk own

Musk's Twitter poll comes at a time when he, the world’s richest man, is in line to receive a chunk of Tesla stock options, worth US$26.6 billion, but which would leave him with a tax bill of nearly US$11 billion.

Musk already owns a 17% stake in the company worth roughly US$17 billion.

Investors are now bracing for a massive selldown of Tesla stock by Musk.

The news comes just days after Tesla’s market value crossed US$1 trillion, making it the world’s most valuable company, largely on the back of record quarterly profits and a large order for Tesla cars placed by rental car firm Hertz.

It also comes after reports that several of Tesla’s current and former board members, including Elon Musk’s brother Kimbal Musk, have offloaded shares worth hundreds of millions of dollars since its market cap hit that milestone.

Adding fuel to fire, a Business Insider report quoted Michael Burry, the investor made famous by the movie The Big Short, as saying that Elon Musk would need to sell stocks to cover his personal debts.

Tesla shares are still up 40% so far in 2021, with the company's steadily climbing market valuation stoking concerns among analysts that the stock is now at least 20% overvalued.

According to Bloomberg data, 35 analysts have an average price target of US$810 on the Tesla stock, indicating a downside from current levels.

The investor concerns come amid rising competition in the electric car market that Tesla, so far, is dominating.

Upstart rival Rivian, which has the backing of Amazon and Ford, is set to price its initial public offering this week and start deliveries of its R1S sports utility vehicle next month.

Chipmaker Nvidia Corp has also announced a push into self-driving cars, a move that could add pressure on Tesla to deliver with its autonomous driving technology.

If you are keen to buy Tesla shares, you should consider investing through an online share trading platform. Make sure you select a platform that offers US-listed stocks.