Why is South Korea so big on cryptocurrency? 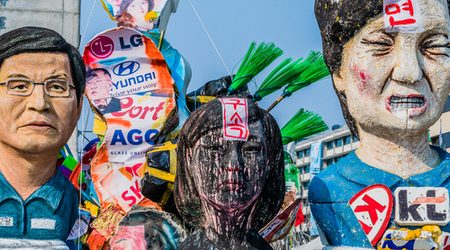 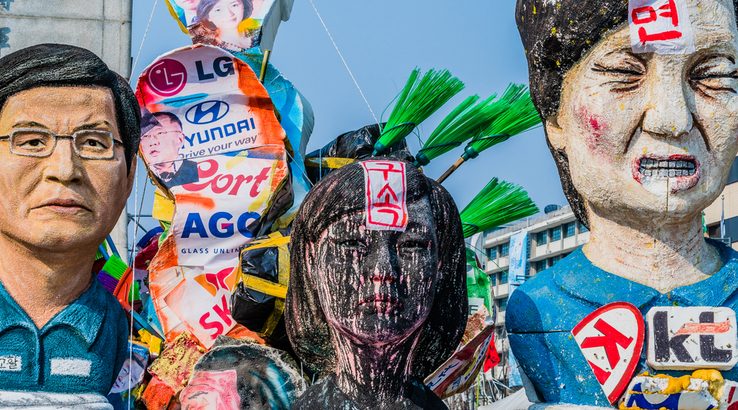 Fertile ground for digital assets, combined with some very weird circumstances, set the table for crypto in South Korea.

By most measures, South Korea is the world's number one cryptocurrency adopter by a very large margin. Despite accounting for about 1% of the global population, it does 30% of global cryptocurrency trading, and some estimates reckon that around a third of all salaried adults in the country own some cryptocurrency. By contrast, the proportion of US residents to own cryptocurrency is estimated to be somewhere between less than 1% and around 8%.

But why is South Korea so keen on crypto? On his recent journey to South Korea, Connor Dempsey of CryptoAmbit wrote an excellent detailed piece on it, and most of the information here is based on his findings.

South Korea got its head around digital goods long before most other countries.

"In America, people are still struggling to wrap their heads around Bitcoin and cryptocurrencies. People who have spent their lives investing in tangible assets like real estate or commodities have trouble fathoming that something intangible, existing purely in the digital world, could possibly be worth thousands of dollars," Dempsey explains. Not so in South Korea.

The country's outsized spending on digital goods goes well beyond cryptocurrency. It's the world's third biggest spender on the Google app store and is renowned as the number one esports (professional video gaming) country in the world.

"In South Korean culture, where people have valued digital goods long before Bitcoin came along, the idea that something existing strictly in cyberspace could be valuable was an easy concept to grasp," Dempsey says.

"Roughly half of South Korea's 51 million people live in the capital city of Seoul. Seoul has twice the population density of New York City and 4 times that of Los Angeles. South Korea has the fastest internet connection in the world with 93% of its population online and hyper-connected through social media. When you have millions of people living in a densely packed metropolitan city who are in constant communication, word travels fast," Dempsey wrote.

Extreme population density, a highly connected social-media culture and super-fast Internet mean word spreads quickly in South Korea. In this case, the word was bitcoin and it started spreading in 2012. Many in South Korea were tracking bitcoin's early ascent with great interest, but it was still tough to buy in South Korea at the time and was more widely talked about than purchased.

Things had changed by 2016. Now there were a lot more exchanges operational, and most of the country was already familiar with the idea of cryptocurrency. When Ether broke $1, it quickly caught fire around the country as a huge proportion of citizens took full advantage of the new facilities to get into "the next bitcoin" early. In the next 4 months, it proceeded to multiple 40 fold, rising above $40 and cementing the massive public interest.

"Everybody and their grandmother went on an Ether spending spree," Dempsey says. "Simon [Hashed CEO Simon Seojoon Kim] said that in South Korea, awareness of cryptocurrencies is practically ubiquitous and it's not uncommon to overhear grandmothers at a cafe discussing their altcoin portfolios."

In 2016, cryptocurrency caught fire in Korea to an extent that most other countries still have yet to reach. So where were the regulators and lawmakers in all of this?

Regulatory moves that would seem overarching or heavy handed elsewhere aren't uncommon in South Korea. The shutdown law, for example, broadly prohibits children under 16 from playing video games between midnight and 6am. It's also one of the few countries where gambling is entirely illegal for residents, except in one specific casino. Technically, South Korean citizens aren't allowed to gamble outside the country either.

"Something as speculative as the cryptocurrency market is not something the government here would typically embrace," Dempsey notes.

With a history of protecting its citizens from corrosive influences like gambling and video games, and their finances from hype-driven speculative bubbles, cryptocurrency would have been an inevitable target for lawmakers. However, the speculative hype only really arrived in South Korea in 2016, while the government was extremely busy with some extremely bizarre proceedings that would culminate in the impeachment of then-president Park Geun-hye.

Long story short, President Park's parents were assassinated when she was a child and she was taken in by Choi Tae-min, the leader of a cult-like organisation called the Church of Eternal Life. He claimed to be able to speak with her deceased parents and used this to gain a huge amount of influence over her. This dynamic continued as Park climbed the political ranks.

Choi eventually passed away and his daughter Choi Soon-sil took over his role. Apparently confidant and cult master is a hereditary position.

But details started leaking of the new relationship, and it eventually came out that the Church of Eternal Life was more or less running the president as a puppet and siphoning tens of millions of dollars of donations to itself.

Citizens were not pleased with this arrangement, and so began a series of protests that ran from October 2015 to March 2016. This kicked things into action, and started the impeachment proceedings and legal wrangling which ran for a few months. Park was forced out of power in December 2016, replaced by an interim leader. South Korea's next president didn't take power until May 2017.

The impeachment took well over a year, at exactly the same time as Ethereum and other cryptocurrencies were gaining traction and spreading like wildfire. It's also reasonable to assume that local confidence in established institutions was on shaky ground at the time, which may have prompted an extra surge of interest in transparent decentralised currency.

As Dempsey tells it, the next government took its place, surveyed the financial scene and said something along the lines of "Woah! What happened?"

"After the dust settled and President Moon Jae-in was elected, the government took a look at the situation that transpired amidst its own chaos and didn't like what it saw – a nation heavily invested in an asset that the government didn't fully understand."

South Korea's abrupt regulatory shifts and sporadic announcements in late 2017 and early 2018 were a fresh government playing catch-up in a chaotic environment, with a citizenry that ran well ahead of it when it wasn't looking. Some initial attempts to rein in cryptocurrency trading passed, while some of the heavier-handed attempts were slapped down by voters.

South Korea's hyper-connected environment has always been geared towards early adoption, and digital assets have been commonplace for a while. It's likely that South Korea would be a key cryptocurrency adopter in any case, but the incredible timing of Park's incredibly bizarre impeachment let cryptocurrencies take root and sprout before anyone knew what happened.