Why is blockchain not a part of the business energy crisis debate? 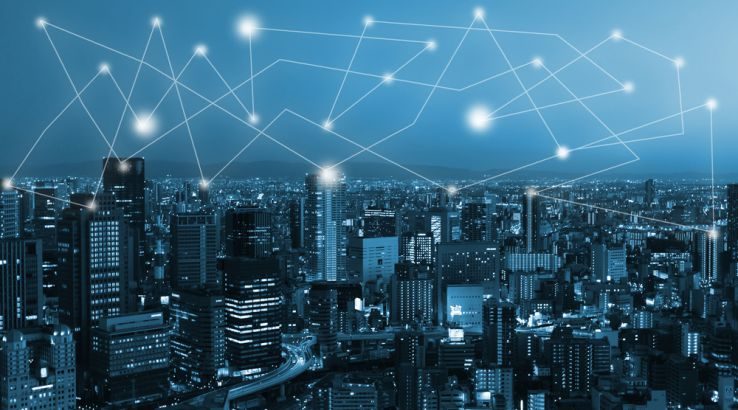 Could a secure, peer-to-peer energy transfer system have a place set at Australia’s reliable energy table?

Australian small businesses, and consumers for that matter, are in an energy crisis. Barely a year ago, almost the entire state of South Australia was plunged into a blackout, and outages have continued to occur in the state since. Today, businesses are paying more for what is an increasingly unreliable supply of power.

But as our politicians debate the viability of the Finkel Review and reel over the South Australian blackouts, they may be missing one of the keys to solving the energy puzzle: blockchain.

Tucked away in Fremantle is a multi-tenanted building where residents regularly share solar power with one another. The 14 residents are living in a blockchain-enabled peer-to-peer renewable trading system, where the members of the strata have agreed to put rooftop solar photovoltaic (PV) panels on the roof of the building, and the residents can trade amongst themselves.

Surprisingly, this one building has a lot to do with the energy crisis. Peer-to-peer energy trading, pioneered in Australia by startup Power Ledger, allows consumers and businesses to share excess solar power with their neighbours.

“If there are 14 people living under the same roof they'll all have different consumption patterns,” explains David Martin, co-founder and managing director of Power Ledger.

“If I’m working from 7:00 to 7:00 but my neighbour works from home, my neighbour gets all the benefit of that cheap energy from the rooftop solar and I virtually get none.”

“Our project in Fremantle is allowing the transparent allocation of value from that rooftop PV investment to the people that make the investment, regardless of whether they actually use the energy or not."

The cost of energy

Not only can blockchain-enabled energy trading make the investment a more attractive option for consumers and businesses by guaranteeing value, it gives people a way to mitigate the cost of power.

According to the 2017 MYOB Business Monitor, businesses surveyed who felt the greatest pressure regarding the cost of utilities was operators who reported a revenue fall in the previous 12 months (46%). By region, small businesses in South Australia feel most pressured by the rising cost of energy prices (44%) in comparison to those in other states.

Andrew Birch, chief operating officer at MYOB, says governments need to be tuned into these issues.

“Small business owners are already under pressure to meet the demands of operating a profitable business, and additional pressures brought on by increasing utility costs can have a significant impact on the sustainability of these businesses,” he said.

Martin says that because of the way businesses consume power, a blockchain-enabled trading solution could help them cut costs.

"Many businesses have a power demand that fluctuates over the course of the year, the week or a day. So they might have to install, say, 100 kilowatts of solar to make their peak demand. But at other points in time, their energy consumption is pretty low," Martin says.

"If you can give that business the opportunity to sell their excess power then they can actually monetise their excess energy rather than just having that spill into the network."

In essence, the peer-to-peer energy trading platform developed by Power Ledger allows businesses to offset the cost of their initial investment, mitigate their exposure to energy prices while also giving their neighbours access to clean energy.

The Finkel review and renewable energy

In response to South Australia’s blackouts (which were originally and mistakenly blamed on renewable energy), increasing energy costs, unreliability across energy networks and the closure of the Hazelwood Power Station, Australia’s chief scientist Dr Alan Finkel released the Finkel Review.

The Finkel Review laid out various proposals for meeting Australia’s energy challenges, including setting a clean energy target and requiring large power stations to give three years notice before closure.

Birch says: "The Finkel Review has a strong focus on reducing energy bills for consumers and businesses alike, with benefits likely to be returned over a period of approximately ten years. However, the cost of utilities is a burden that the SME sector is facing now, so we believe that more immediate measures are required to alleviate these significant financial pressures.”

The Finkel Review was just a recommendation to the government and so far no decision has been made as to which, if any, policies will be taken on board.

Power Ledger's blockchain-driven solution allows for a transparent allocation of value from solar power, thereby providing an incentive for consumers and businesses to install a rooftop PV.

"You can be guaranteed at least you're getting the value of the energy, and that way it means that we've got a transparent and equitable allocation of value which leads to a greater incentive to install rooftop PV on those sorts of establishments."

Calling on political parties to take action on the energy crisis, CEO of the Council of Small Business Australia Peter Strong said the situation was unprecedented and must be confronted now.

"The small business community, indeed the whole business community, is facing increasing energy costs of such measure that business plans are in tatters and cash flow in ruins. The same businesses are also concerned that they can no longer rely on access to power and need to not just have backup power sources but in some cases further backup reserves as well."

Martin says a PV system with batteries is a good solution for when the grid is down.

"But more importantly, having a PV system and some energy storage onsite as well allows business customers to influence the time of day so they're buying energy from the grid."

“If their demand is quite large, most business customers will have a two-part energy bill. One will be for the capacity they need and the other would be for the energy. The energy component would depend on the time of day."

"Having a backup supply with a battery can help a business consumer avoid those high-priced points of the day, but it can also help them minimise their peak power demand and reduce their exposure to paid-power prices.

"Rooftop solar is already a very, very cost-effective way of helping to minimise exposure to power prices...Being able to share energy across with your neighbours or co-tenants in a commercial precinct is another way of making sure that you can mitigate the cost of power," said Martin.

Power Ledger is already working on deploying its blockchain-enabled energy solution to businesses.

Birch says that technology is shaping all industries and the energy industry will be no exception.

"The transformative nature of technology means that products and services which provide increased, or new, value will have an opportunity to redefine the way we do business."