Why is Amazon stock climbing today? 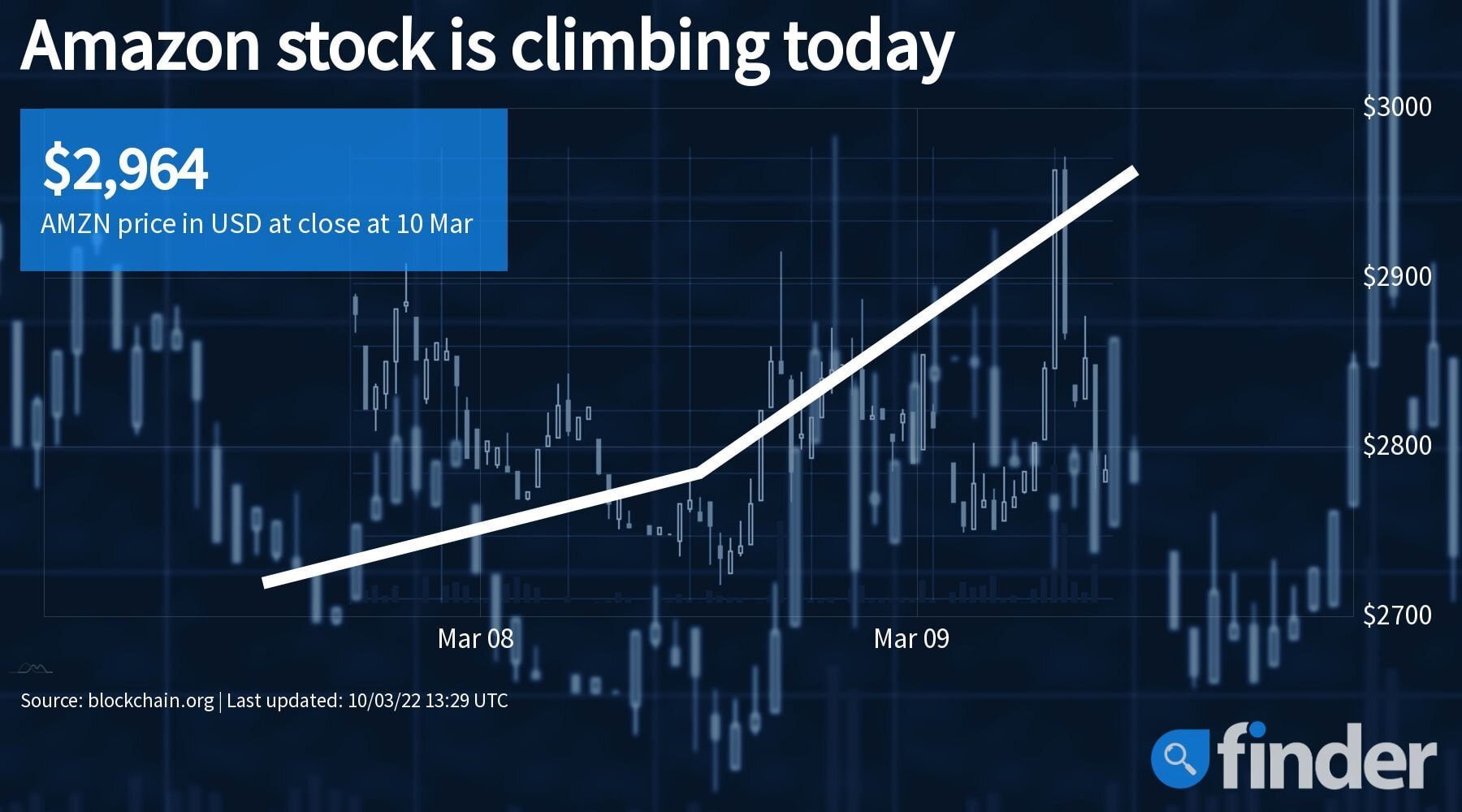 Amazon announced a 20-for-1 stock split and a large share buyback program, and the stock jumped 5%.

Shares of Amazon (AMZN) are up almost 5% Thursday after the company announced a day earlier that its board had approved a 20-for-1 stock split.

The news of the stock split and a share buyback comes on the heels of news that Amazon may face a Department of Justice (DOJ) probe for potential criminal obstruction of Congress. In a letter sent Wednesday, a House Committee alleged that the tech giant withheld information during a 16-month antitrust probe into the competitive practices of Amazon, Apple (AAPL), Alphabet (GOOG) and Meta Platforms (FB). The letter urges the DOJ to open an investigation into Amazon and its executives for potentially criminal obstruction.

Amazon stock jumped 10% in after-hours trading Wednesday, retreated a bit Thursday but remained up for the day. The stock was up $133.44 per share, or a little under 5%, at the time of this writing.

For investors, it’s probably good news. But share buybacks and splits tend to lead to gains, though there’s no guarantee.

For more information and a five-year chart of the stock’s performance, see our dedicated guide to Amazon stock.

Why shares of Amazon are up

Amazon announced in a filing with the Securities and Exchange Commission (SEC) that it had approved a 20-for-1 split of the company’s stock. As a result, investors will receive 20 shares for each share they currently own. The company also said its board had authorized Amazon to buy back up to $10 billion worth of shares.

Amazon is the latest high-value company to make shares more affordable through a stock split. Alphabet announced a 20-for-1 split in February as part of its quarterly earnings statement. In August 2020, Apple and Tesla (TSLA) instituted 4-for-1 and 5-for-1 splits, respectively.

Technically, stock splits don’t create any value. The split increases the number of shares outstanding, but the company’s valuation doesn’t fundamentally change. What it does do is make shares more accessible to a larger number of retail investors because of their cheaper price. Though, the advent of fractional shares has somewhat mitigated this problem for investors without a lot of capital.

But studies show that share prices of split stocks rise around 7% on average in the first year after splitting and 12% after three years. That seems like added value to me.

Amazon also announced in its filing that its board approved a $10 billion share repurchase program. This stock buyback replaces the previous $5 billion buyback the board approved in 2016, under which Amazon had repurchased $2.12 billion of its shares.

“This buyback is pretty pathetic,” said Munster. “The last buyback that Amazon announced was six years ago that was a $5 billion buyback. They’ve returned $2.2 billion to investors. That’s not as bad as Netflix (NFLX), which has returned zero. But that compares to Facebook, they’ve returned just under $70 billion over that period, Google just over $100 billion, and, you guessed it, Apple at $390 billion.”

A stock buyback reduces the total number of shares outstanding, which usually boosts their value. The idea is that by taking shares off the market, the remaining shares will be worth more.

But critics of share buybacks say they may not be the best use of a company’s cash. For instance, if a company repurchases shares after a period of success it means that the company is repurchasing its stock at a high valuation.

Others argue the cash could be better spent on mergers and acquisitions (M&As). Sorkin pointed out in his interview this morning with Munster that there are a lot of stocks on sale right now, which is perhaps what Amazon is saving its cash for.

“Amazon should have a pathetic buyback program because they’re in a more aggressive mode,” said Munster. “If you work for an M&A at these big tech companies … you are about as intense as ever to try to find some bargains to pick up here. We’re going to see some M&A activity in the next six to 12 months.”

So should you buy Amazon stock ahead of the split?

Amazon’s stock has performed well since its last split in 1999, but it’s been 23 years. It may make more sense to look at recent stock splits of large companies like Apple and Tesla to gauge the potential short-term positive impact of the split on the share price. Both gained double digits in the year following their split. Even still, the average return in the year following a split is still around 7%.

A solid 43 out of 47 analysts covering Amazon stock rate it either a Strong Buy or Buy, versus just three Holds, one Underperform and no Sells of any kind. The consensus price target for the stock is $4,099.88, representing a 41% premium over its current price.

With lots of stocks on sale, we could see Amazon putting some of its cash to work this year buying up companies.

Amazon holds a 20% stake in electric-vehicle maker Rivian Automotive (RIVN), investing more than $1.3 billion in Rivian to date. Rivian is currently trading at $39.90 per share, a 78% discount from its November all-time high of $179.47 and a much more affordable price if a buyout were to happen.

At the time of publication, Matt Miczulski owned shares of AMZN.