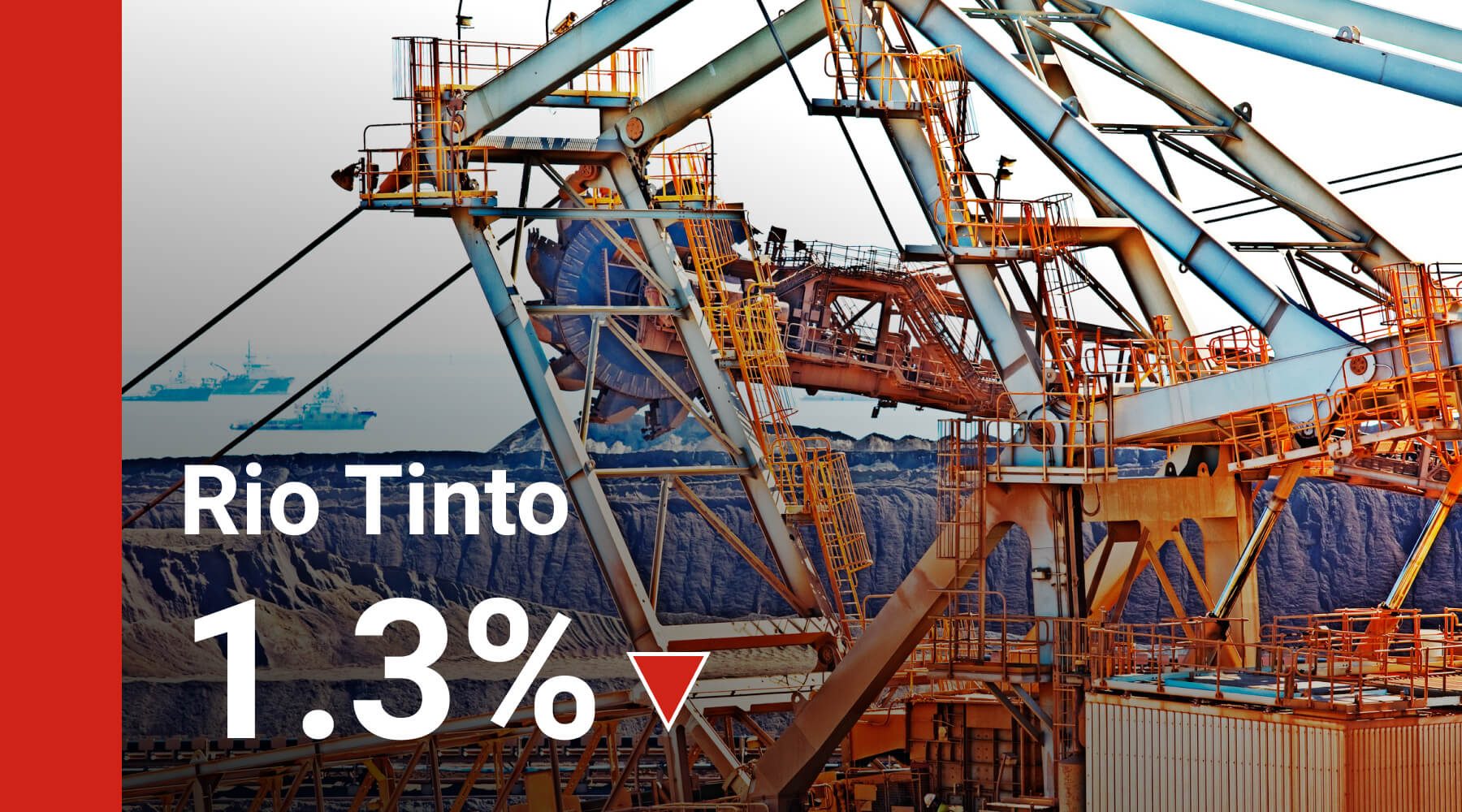 Shares in mining giant Rio Tinto have climbed 30% in the last 12 months.

Shares in Australia’s biggest iron ore exporter Rio Tinto (ASX: RIO) were among the most traded on the ASX boards on Friday. But the news wasn’t really good. Shares in the company dropped more than 1.5% in early trade and at the time of writing, were still down 1.3% at $129.55.

What is weighing on the RIO stock price?

Iron ore shipments for the 3 months to 30 June fell 12% from a year ago to 76.3 million tonnes, well short of analyst expectations. Production from the mines was also down 8% to 75.9 million tonnes.

The company attributed the decline to heavy rainfall in the West Pilbara region, labour shortages, the need to tie in new mines to its port and rail system, and the impact of cultural heritage management. As a result, full year shipments are likely to come in near the lower end of the 325 million tonnes - 340 million tonnes range it had forecast for 2021.

That isn’t the only piece of negative news. The global miner has also raised its full-year cost guidance due to increased labour and input costs. Rio Tinto now expects unit production cost of $18.00-$18.50 per tonne for the year, up from its previous estimate of $16.70-$17.70 per tonne.

Despite the weaker than expected shipments, investors in Rio Tinto still have some reason to cheer.

Like its peers, the miner has benefited from a sharp run-up in iron ore prices in the last 2 months. On Thursday, spot iron ore prices closed 2% higher at US$222.30 a tonne.

Rio Tinto said it had received an average price of US$154.90 a wet metric tonne in the first half of the year, equivalent to US$168.40 a dry metric tonne.

Some investors are wary that iron ore prices are unlikely to sustain at current levels for long, as stockpiles at Chinese ports rise to above average levels, and supply comes online from Brazilian mines.

Still, given that iron ore contributes the bulk of profits for large miners such as Rio Tinto and BHP, they are expected to see a significant lift in profitability when results are announced next month.

“Despite the weak production numbers and guidance revisions which should drive consensus 2021 downgrades, H1 (first half 2021) is likely to be insulated as realised pricing in iron ore came in better," RBC analysts said in a note on Friday.

That is already being reflected in Rio Tinto’s share price, which has jumped more than 30% over the last 12 months.

If you are keen to buy shares in Rio Tinto, you can invest through an online share trading platform.

Keep in mind that not all platforms offer the same list of stocks. Some offer US stocks only, so make sure to select a platform that offers ASX-listed stocks.

Choose from the dozens available for Australian investors. Compare the features and fees from the plethora of trading platforms available.