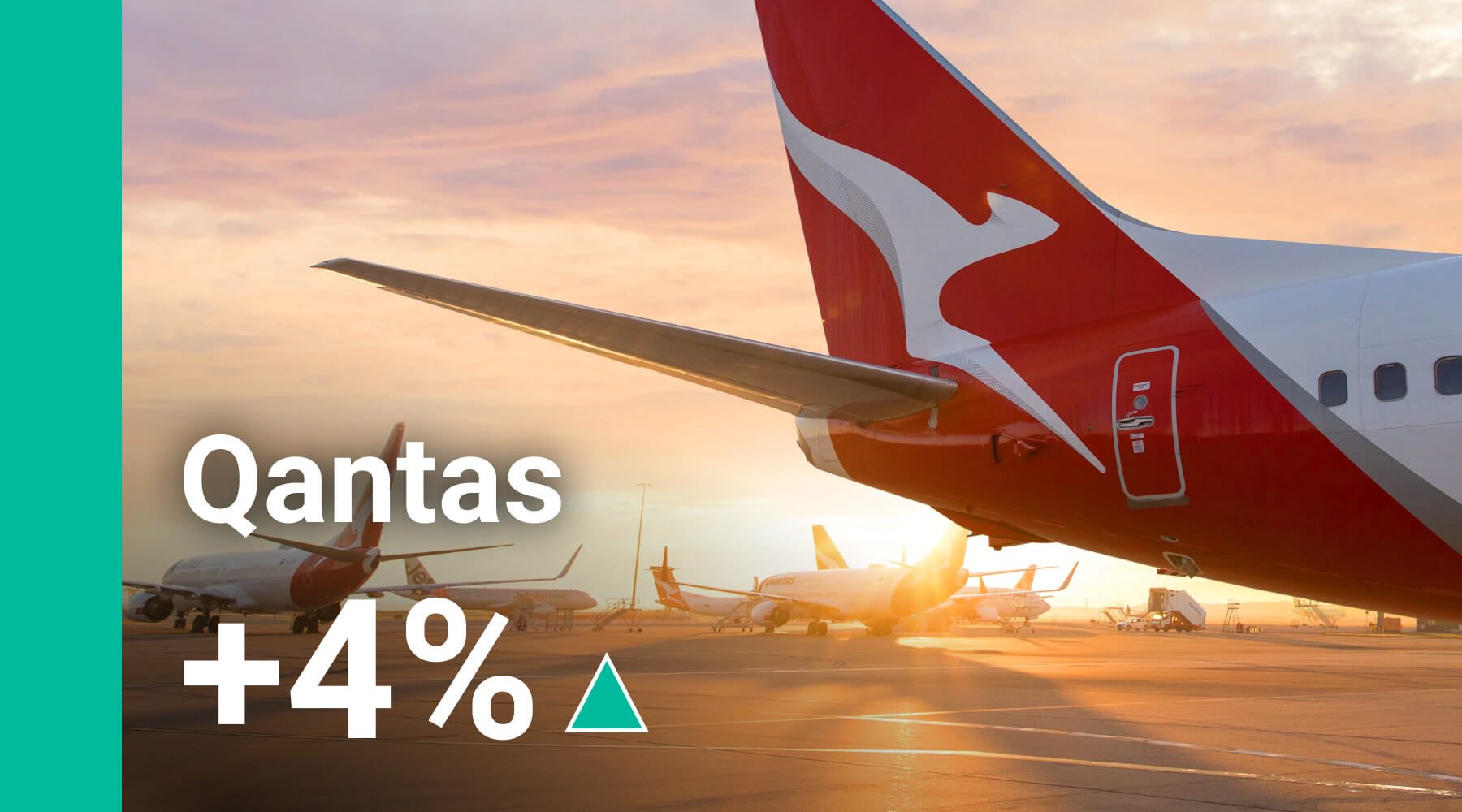 Shares in the beleaguered national carrier have risen by a third over the past 12 months.

Shares in Australia’s biggest airline Qantas (ASX: QAN) have rebounded strongly on Wednesday after an extended poor run. At the time of writing, the stock was up 4% to $4.70, helping wipe some of the losses it has sustained since April.

The lift in shares is linked to the national carrier providing a trading update on Thursday, which outlined some bad news but also revealed a steady improvement in its core operations.

In pleasing news to the market, the pandemic-hit airline said it expects to be cash flow-positive for the second half of the current financial year. It also said its debt levels had peaked in February and are expected to taper down to below $6 billion by June-end.

The main driver of this recovery has been a sustained rebound in domestic travel, and improved performance of the Freight and Loyalty divisions. Domestic capacity is expected to reach 95% of pre-pandemic levels in the quarter ending 30 June.

“We have a long way still to go in this recovery, but it does feel like we’re slowly starting to turn the corner,” Qantas CEO Alan Joyce said in a statement.

“The main driver is the rebound of domestic travel, which now looks like it will be bigger than it was pre-COVID, at least until international borders re-open.”

Underlying earnings before interest, tax, depreciation and amortisation (EBITDA) for this financial year are expected to be a positive $400 million to $450 million.

Qantas also said it had made significant progress towards its target of $1 billion in annual cost reductions by FY2022/23. Around $600 million in cost reductions is expected to be delivered this financial year, it said.

The company is also reducing its selling costs by reducing front-end commissions it pays to travel agents on international tickets, from 5% to 1%.

While there has been positive news on the domestic travel front, international travel is continuing to weigh on the airline’s finances as borders remain shut.

Qantas said it would report a before-tax loss of over $2 billion in the financial year ending 30 June, mostly due to impairments and redundancy payments. Its international arm is currently burning around $3 million of cash a week, although this is down from $5 million until last month, in part due to the opening of two-way quarantine-free travel to New Zealand as well as strong cargo demand.

Earlier this month the federal government revised the timeline for completing Australia’s vaccine rollout to the end of 2021, because of which international borders are now not expected to open until mid-2022.

On Thursday, Qantas announced that a two-year wage freeze would be imposed across the airline’s workforce and management, with annual pay rises of 2% after that period, down from 3% pre-COVID. It has also asked international cabin crew to apply for voluntary redundancies.

Qantas, which has been one of the hardest hit Australian companies due to the pandemic, had posted a half-year loss of $1.47 billion.

Keen to invest in Qantas shares?

If you are looking to buy Qantas shares, consider investing through an online share trading platform.

You can choose from the dozens available for Australian investors. Compare the features and fees from the plethora of trading platforms available.