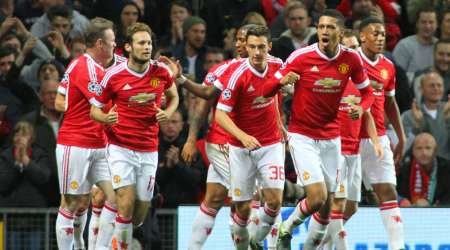 For English Premier League (EPL) enthusiasts in Australia, it has been a dispiriting week.

Firstly, Optus, which picked up the broadcast rights for EPL last year, announced the official pricing. The downside? If you want to view EPL games, you have to sign up for an Optus broadband or mobile service.

Many fans complained, but there weren't any obvious alternatives. You might be able to watch the games in a pub, but in reality that's an expensive solution too, as our analysis demonstrated.

Then yesterday Foxtel (which had previously had EPL rights) announced its counter-move. It would be adding three "official" channels for Chelsea, Liverpool FC and Manchester United, as well as dedicated blocks of programming from Arsenal, Manchester City and Tottenham. That means that Foxtel will be able to show matches involving those teams. Crucially, however, it won't be able to show them live -- most will be on a 13-hour delay.

For sports, live is crucial. Yes, Foxtel also offers endless replays and repeats (there are entire channels dedicated to old AFL matches if you're super-keen). But especially in an era where the scores will be discussed online as soon play is over, dedicated fans want to see the matches as they happen. Right now, the Optus solution is the only way to do that. If you're happy to watch a delayed match, chances are you'll be able to torrent a copy for free rather than paying Foxtel for it.

And as well as missing out on matches involving any other club, including current underdog reigning champions Leicester City, the Foxtel alternative isn't cheap either. A Foxtel sports package will cost you a minimum of $51 a month on a 12-month contract (much more if you want HD). And yes, that lets you watch lots of other sporting matches as well, plus various other bits of pay TV excitement. But the Optus bundle does give you broadband or phone service. Both have extras, but not necessarily extras everyone wants.

The brutal commercial reality though is that consumers might want to be able to pay for only an EPL package, but the funds from that wouldn't cover the rights costs associated with these popular sports. Hence you're forced to buy other stuff.

The Leicester City experience demonstrates that sporting clubs don't necessarily need millions of dollars to succeed. However, this week's Parramatta salary cap scandal also demonstrates that clubs will spend as much money as they can, and ultimately that money has to come from somewhere. All too often, it's the fans.