Why Facebook and Apple are the Big Four’s biggest threats 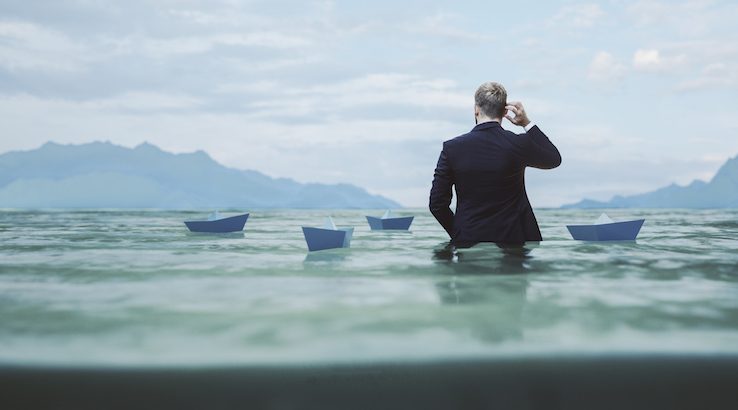 Australia’s banking and financials sector is in the dog house, says the boss of ANZ's venture capital arm.

When it comes to disrupting Australia’s banking sector, it’s not our fintechs or neobanks that are keeping our Big Four up at night. It’s the tech giants of China and the US that pose the real threat.

That’s according to Ron Spector, the head of ANZ bank’s venture capital arm, ANZi, who has dismissed the idea that a local fintech or neobank could pose any competition to the major banks because they all faced the same economic conditions, big and small.

Speaking at the Intersekt fintech conference in Melbourne on Thursday, Spector argued that in the current low rate climate, everyone in the financials sector is facing hardship.

“The macro trends for financial services in Australia are going to shit,” Spector laid out bluntly. “All you have to look at is the return on capital, which is where the banks make their money."

"Their cost to capital and their return on capital are almost hitting parity, which means you might as well not be a bank anymore.”

While that might seem like an opportunity for the local fintech competitors, the same economic conditions actually make it harder for the smaller players to get a foot in the door.

The threat lies out there...

Instead, the real threat will apparently come from outside of Australia, and hinges on when those global powerhouses decide to make a move.

Among the biggest likely disruptors to the banking sector were China’s tech giants Tencent and Alibaba, along with Facebook, Apple and Google.

According to Spector, these conglomerates have accumulated so much customer data that they already have the basic tools they need to dominate global financial services whenever they choose to do it.

“They already understand the customer, they’re massive, massive experts in data and customer experience – all of which, generally, banking companies globally are not that good at,” he said.

“They’re a higher risk to the major financial institutions than all of the other big tech or big platform companies and all of the neos put together.”

While the idea that your next savings account could be with the Bank of Facebook is an unnerving one, Spector said that the plus side is that Australia is too small to warrant much attention for a while yet.

“Apple is not sitting there worried about knocking CBA off in the next 5 or 10 years, but they will come,” he said.

In Spector’s view, if Australia’s banks want to be ready for that, they will need to have fully evolved into platform businesses and start upping the game on data and customer experience.