Why Australia’s stock market plummeted after positive US data 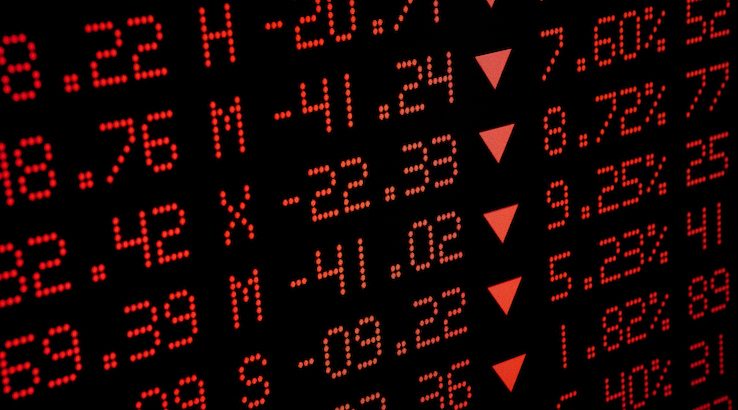 The ASX200 index fell 1.2% at the close of market on Monday, its biggest fall in more than a month.

Australia's stock market appears to be locked in a classic case of good news is bad news, with the benchmark ASX200 index tumbling on Monday thanks to a shockingly positive jobs report from the US.

On Friday, the US Labor Department announced that 224,000 jobs had been added in June in its closely watched employment report, displaying the best jobs growth that the US has seen in five months.

It marks an optimistic turn for the world's biggest economy amid fears that it was headed towards recession territory, so why did investors here take the news so poorly?

Traders in Australia and the US have been betting that the Federal Reserve would cut rates three more times by the end of the year. Any cuts or rate increases by the Fed has a direct influence over decisions made by Australia's Reserve Bank.

However, the latest jobs data directly contradicts the current market story, which is of low interest rates for a long period of time as well as monetary support as central banks attempt to prop up weakening economies.

Across Asia on Monday, Hong Kong's Hang Seng fell 1.64% at close, Japan's Nikkei index was down 0.89% and China's Shanghai Composite index dropped as much as 2.46% by midday.

"The markets are under pressure. Every major market is in the red today. So that points to it being a global driver, rather than a local one," said McCarthy.

Australia's market fall comes after the ASX200 hit its second highest level ever on Friday, days after the RBA cut interest rates for the second month in a row, taking the official cash rate to a new low of 1%.

Stock markets tend to rise when interest rates fall, with investors optimistic that business profits will provide a boon to the stock market. However, the opposite is also true.

It's no surprise then that the worst performers on Monday were property and utilities stocks, according to McCarthy, two sectors which are also the most popular during low interest rate environments.

The energy sector also took a beating, according to Reuters, with mining stocks falling to a near new three-week low as iron ore prices fell.