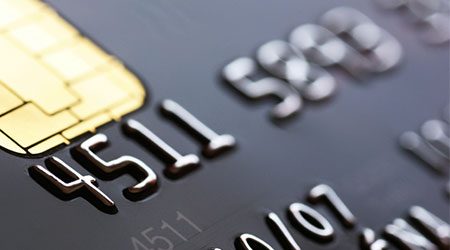 Credit card rewards programs are dropping in value, and here's more of what you can expect in 2016.

We’ve recently reported that Commonwealth Bank, Citibank, ANZ and Virgin Australia have all reduced the earn rates across different frequent flyer products. So why are we seeing some of the biggest banks in Australia reevaluating their credit card rewards programs?

The simple answer is interchange fees.

Here we’ll explain how interchange fees have caused rewards value to drop, why we’re likely to see more banks doing the same and what else you can expect to change in the new year.

What are interchange fees and how do they work?

While an interchange fee isn’t a cost you pay directly out of your pocket, it does have an impact on your points and the cost of your card.

In order to accept card payments, a store must have a payment system organised with a bank. If you shop at a store which is banking with a different bank from you, this is where an interchange fee may kick in. As both banks want to be paid for their involvement in the transaction, an interchange fee gets paid from the store’s bank back to the bank that issued your credit card.

While the store’s bank uses the fees to cover the cost of setting up the payment system, your bank will use the interchange fee to pay for credit card features such as rewards points.

Stores can also nominate to increase their prices or introduce an additional surcharge to cover the bank fees they have to pay to process your payment. This is why you sometimes see that some businesses charge a surcharge on American Express cards but not on others. Unfortunately, this is also why you might have experienced some organisations charging exorbitant surcharges.

The Reserve Bank of Australia is responsible for regulating these card payment systems. After investigations into high credit card surcharges and interchange fees, the Turnbull government has recently announced that the ACCC will now have the right to regulate companies that charge excessive credit card surcharges.

The exact changes have not been confirmed yet, but tightening interchange fees caps to 0.8% (the process fee is usually around 0.5%) has been proposed. These changes are due to be enforced at the beginning of the new financial year.

How this is impacting your rewards points

If banks are being paid less for interchange fees, they’ll have fewer funds to put towards rewards. As a result, reducing the earn rates and how many rewards you can redeem is one way banks can counteract these losses, just as we’ve seen with Commonwealth Bank and Citibank. As premium cards have higher earn rates, it’s likely that we’ll continue to see the rewards schemes on top-shelf cards drop. ANZ has already taken this route, reducing the rewards on its Black, Platinum and Rewards cards as of March 22 2016.

Another result we can expect is that if earn rates remain the same, the value of your points may drop. This means that you might need more points to earn the same reward.

What other credit card features could change?

If your credit card rewards program has dropped in value as a result of these proposed changes, it might be time to start comparing other credit card options. However, as other providers are likely to make changes to their programs once these changes are implemented, you might want to consider holding off on switching your card until then.

If the program you belong to has changed, consider how much you’re spending each month, calculate how many points you can earn under the new system and whether this outweighs the cost of the card. If it doesn’t you’re not getting full value and it might be time to start comparing an alternative.