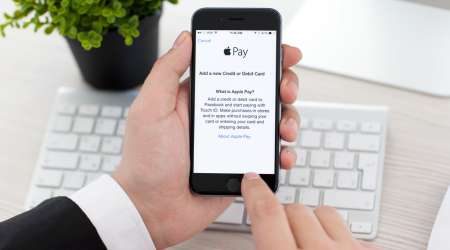 Despite launching across the world, revenues from Apple Pay may not amount to much, as Swinburne University's Steve Worthington explains.

When tech giant Apple announced its second quarter earnings of A$14 billion last week, it gave a limited glimpse into its mobile payments service Apple Pay. The service is gaining one million users per week, but not delivering any meaningful revenues.

The news came in the same week Apple brokered a deal with Australian bank ANZ to enable ANZ's five million customers to use Apple Pay.

Apple CEO Tim Cook says transaction volumes on Apple Pay are now five times higher than in April 2015. No actual transaction volumes were released, but it is mainly from the values of those transactions that Apple Pay would derive revenues. Apple Pay was first introduced in the United States in late 2014, with great fanfare. It showed impressive early adoption.

American banks were early advocates of the service, and reportedly agreed to pay Apple a fee of 0.15% of the value of each credit card transaction via Apple Pay.

But when Apple Pay arrived in Australia in November 2015 in a partnership with American Express, the major Australian banks baulked at Apple Pay's suggested 0.15% fee. Merchant service fees are much lower in Australia than in the US. The proposed fee would mean giving Apple 12 cents of the average 80 cents that most banks get for every $100's worth of transactions they process on their MasterCard and Visa credit cards. ANZ did not disclose the terms of the deal they had struck with Apple, but as ANZ's debit cards are also part of the deal with Apple Pay, ANZ may have negotiated a flat fee for each debit transaction, rather than a percentage fee of the value.

Besides Australia, Apple Pay has also been launched in 2015 in Canada, China, Singapore and the United Kingdom. The Australian market is particularly attractive as it is a world leader in the adoption of contactless "tap and go" technology, plus the $100 cap on such transactions is the highest in the world. Australians can and enthusiastically do use their credit and debit cards to tap and pay and this ready acceptance of new payment technology has seen Apple's rivals, such as Google, plan to launch Android Pay in Australia in 2016. This year will also see the launch of Android Pay in the UK, where Android smartphones have a major or majority market share.

Apple Pay was launched in China in February 2016, but here it also faces a battle to convince the hundreds of millions of Chinese smartphone holders to switch to Apple. The Chinese banks reportedly negotiated a 0.07% fee per transaction, under half of the fee charged by Apple Pay in the US. 19 Chinese banks were then involved in the launch of Apple Pay.

By the end of 2015 it is estimated that 358 million Chinese had already made purchases for goods and services via their mobile phones. The vast majority of these were through payment services from China's two biggest internet providers, Tencent and Alibaba. These domestic payment services include utility bills, gifts to friends and charities and investments, as well as the consumption of goods and services. One observer looking at the Chinese market for payment services is quoted as saying that "Apple Pay is a solution in need of a problem". To add to the challenges for Apple Pay in China, Samsung Pay will soon follow Apple Pay into China, along with LGPay. And more competition will emerge from the Chinese handset manufacturers, Huawei and Xiaomi, which have both recently rolled out Near Field Communications (NFC) based payment services.

To add to Apple Pay's challenges, recent research from the Federal Reserve Board (FRB) in the US revealed that even in its home market more than half of Americans still do not use their smartphone for mobile banking and fewer still make payments from their handsets. From the survey of 2,500 American adults, the FRB found that 43% used their mobiles for banking activity, the most common of which is checking account balances or recent transactions. Mobile payments continue to be less popular, with only 28% of smart phone users making a payment through their handset in 2015.

At the same time, social networking giants Facebook and Twitter are reportedly looking at how they can best enter the market for financial services, including payments. If Facebook was to offer a payments service and use it to collect transaction data for its more than one billion users, it would give Facebook the kind of information needed to become a stand alone credit provider.

"I use Facebook for socialising with friends. I would not be interested in engaging with my bank on it."

"Considering the inherent security issues surrounding the use of Facebook, I would not associate it with "my account with a financial organisation".

Evidence both the incumbents and disruptors face challenges in non-traditional payments.

Steve Worthington is Adjunct Professor at Swinburne University of Technology. This article was originally published on The Conversation. Read the original article.