Why ADSL might be about to get more expensive 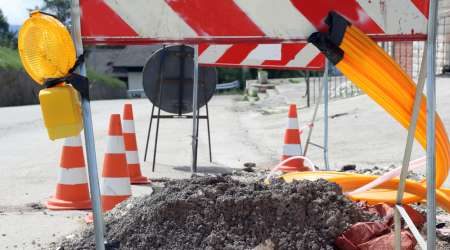 Changes to broadband services are in the offing even before the NBN arrives.

The Australian Competition and Consumer Commission (ACCC) has just launched a "public inquiry" into "whether the wholesale asymmetrical digital subscriber line (ADSL) service should continue to be regulated". Yes, that sounds as dull as ditchwater, but it could actually make a big difference to what you pay for broadband in the future. Let me explain.

ADSL services rely on the copper network of phone lines and the exchanges which connect those lines. In Australia, the vast majority of that infrastructure is owned by Telstra. It was built with taxpayer funds, but Telstra got to hold onto it when it was privatised in 1997.

Because it's unlikely that any private company would replicate the entire landline phone network in a country as large as Australia, it was always the intention that Telstra would offer wholesale access to other providers, who could then sell their own plans that ran on that network. To put it kindly, this process did not run very smoothly.

At one point, Telstra was selling broadband to consumers for less than it was prepared to sell to rivals, making it effectively impossible for anyone to compete. Telstra was also frequently accused of blocking access to exchanges for providers who wanted to invest in their own ADSL2 gear to provide faster services.

Another common problem? Someone being told no ports were available when they tried to buy a service from non-Telstra company, but then finding ports were available if they asked Telstra directly. All up, it was an unholy mess that did nothing to promote competition, and that was why the ACCC ended up stepping in and regulating wholesale ADSL access by "declaring" the service.

As the ACCC itself explains: "Once a service is declared, a network owner must provide access to the service upon request and where commercial agreement cannot be reached the ACCC must determine regulated price and non-price terms." Put more simply, if Telstra quotes ridiculous wholesale prices for access to the ADSL network, the ACCC will intervene. It's an imperfect and slow process, but it does mean that there are lots of companies vying to provide internet services to Australians, and that has kept prices low.

So why the investigation? ACCC declarations always have a time limit, which is sensible, because markets can change rapidly. The current declaration ends in February 2017, and the ACCC is required to hold an inquiry before deciding whether to extend it.

The big change since 2012, of course, is that the National Broadband Network (NBN) is being rolled out across the country. The intention is that this will eventually replace ADSL altogether. Under those circumstances, it might be tempting to argue that ADSL itself doesn't need regulating, because alternatives are available and this will ensure a competitive environment.

The problem with that is that many households aren't due to get the NBN for at least another three years (you can check when it's due in your neighbourhood with our NBN tracker). That means that they'll still be reliant on ADSL, and if ADSL doesn't continue to be declared, prices might shoot up even when they don't have any other alternatives. That wouldn't be a good outcome.

Telstra itself won't be too stressed, since it's already a dominant provider for the NBN as well. But we can expect its competitors to make submissions to the ACCC pushing for regulation to continue.