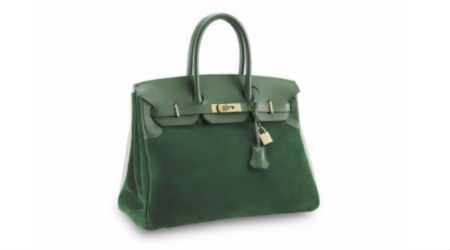 It turns out that a Hermès Birkin Bag is a safer investment than the stock market or gold.

A study conducted by Baghunter compared three types of investments: the S&P 500, gold and Hermès Birkin Bags. Over the last 35 years, the Birkin Bag is the clear winner when it comes to return on investment.

Assuming that an investor has neither bought or sold their investments during the measured 35 year period, the S&P 500 would have generated an average annual return of 11.66% (8.65% real), gold annually returned 1.9% whereas the Birkin Bag returned 14.2%.

Gold and the stock market are also far riskier investments due to the number of extenuating factors contributing to price fluctuations. Last year the S&P 500 suffered its worst performance since the 2008 when the GFC hit. Head of equity training at RBC Global Asset Management, Ryan Larson told Baghunter that it is likely that the stock market will continue to be volatile throughout the year.

“It is not surprising to see such a selloff considering negative headlines from China and tensions between Iran and Saudi Arabia,” he said. “We are likely to see this kind of volatility a lot in 2016.”

Other influencing factors include the European debt crisis, growing student loans and a drop in retail sales.

With reference to gold, last year saw the commodity trading below the key level of $1200 - this is the cost of excavating the material from mines. The Wall Street Journal polled 10 investment banks and they predicted the price for 2016 would be an average of $1114, which is down from the 2015 average of $1156.

Gold prices are affected by dollar trends and the prices of oil. And both of these prices are in turn affected by a number of complex political, economic and international relations issues.

If we compare this to the Birkin Bag, the only real influence on price is desire. Hermès Birkin Bags sit in a class of designer goods that are considered "ultra-luxury". They limited and very hard to obtain.

Pioneered in 1981, the French designer created a classic bag design and named it for IT-girl of the decade, Jane Birkin. Each bag is crafted individually with different leathers - no two will ever be the same. In the 35 years since its creation, the design for the Birkin Bag has never changed (and it is unlikely to ever) meaning that its desirability is not tied to trends or seasonality.

This bag is a status symbol. Hermès only sells them to certain clientele. In fact, Hermès has a waitlist system for obtaining a Birkin Bag, you can't just go into a store and buy one. And the list has been known to be as long as six years. Despite the cheapest bags in the range starting at around $10,000, the demand for the Birkin Bag far outweighs the supply.

As a result, the second-hand resale value of Birkin Bags has to be seen to be believed. More often than not (obviously depending on the condition of the bag) the resale price is more than original price. 2015 saw a record Birkin Bag sale, a pink crocodile-skin bag sold for $223,000.

Essentially items from the ultra-luxury market are some of the safest investment strategies. While traditional investments like stocks and commodities are affected by a broad range of economic and political factors, Birkin Bags sit above these, untouched by economic downturn and recession. As long as Victoria Beckham and Kim Kardashian have a Birkin Bag on their arms and the waitlist remains long, the Hermès Birkin bag is one of the soundest investments you'll ever make.

Where to get a Birkin Bag

Hermès does not sell its most famous bag online and if you head in store to buy one, you'll be on a waitlist for a few years.

For those who desire a Birkin Bag right now, the best bet is high-end consignment stores like Baghunter, who conducted the financial comparison study.

Here are a few stores that have Birkin Bags for sale right now. 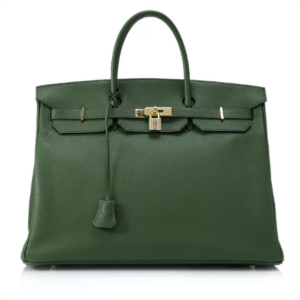 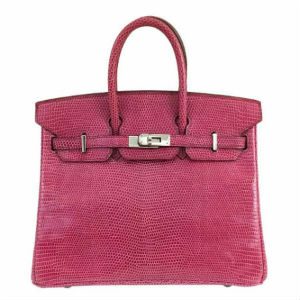 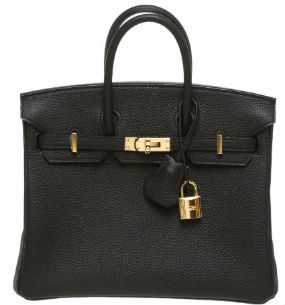