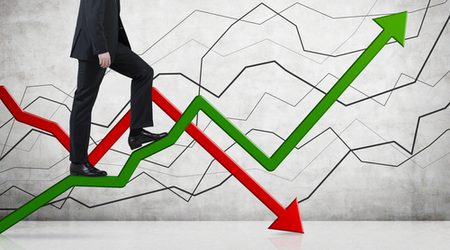 Exchanges? Crypto project developers? Traders? Or all of the above?

That's what the US Justice Department is trying to find out. Market manipulation has been a longstanding aspect of bitcoin and other cryptocurrencies, with some speculating that bitcoin's first sharp move from $150 to $1,000 was caused by the actions of one person and two friendly robots named Markus and Willy. It's almost certainly persisted in the maturing cryptocurrency markets, although concrete evidence has rarely surfaced.

But who might be manipulating prices today? Is it exchanges, coin developers or groups of traders? All of the above?

There are a lot of exchanges operating perfectly transparently and honestly. And many who are not.

Some almost unmistakeable evidence of wash trading has been found on various cryptocurrency exchanges, with one analyst declaring that some exchanges are faking up to 90% of their apparent trade volume.

More directly, suspicious price movements of late have led to accusations of stop hunting on the part of exchanges, who might have found a way to profit by blowing their trader's margins.

When does hyping your own project turn into price manipulation? Probably as soon as you knowingly pay an exchange to artificially boost volume and tweak the prices of your project.

The VP of one such project, Relex, recently described being "approached by new exchanges offering additional trading volume and price increases by unscrupulous means".

"We refused massive income opportunities as the offer met my definition of fraud, so I solely chose to forgo this revenue," he said.

That the coin in question currently isn't really listed anywhere might suggest the extent of the problem.

There's also the question of paid listings on large exchanges. This is supposedly a common practice, with allegations of some exchanges charging millions of dollars worth of bitcoin or ether for a listing. How unscrupulous this actually is, is a grey area.

With more coins than any exchange can keep up with and constant requests for listing by countless projects, it's arguably in the nature of an admission fee to keep out the tire-kickers and create a profitable way of prioritising development work.

And there's also the paid "shilling" which has proven to be a very profitable niche for former celebrities like John McAfee, Paris Hilton and Steven Seagal. These have proven to be a good way of moving prices, but are also a remarkably consistent red flag. Most coin creators will do whatever they can to promote their projects. In an area as speculative as cryptocurrency that usually means boosting prices any way possible.

But it's probably just as common for reputable creators to become victims, or profiteers depending on how fast they are, of manipulation by unaffiliated traders.

Pump-and-dump groups are probably the most common form of trader manipulation around. These cannibalistic organisations generally work by tricking new members into buying overpriced coins, as well as dumping on anyone else who sees the price spike and then "FOMOs" in.

Unlike some of the grey area manipulation, this practice clearly crosses the line into illegal territory and the CFTC has put out a sizable bounty (PDF) for whistleblowers who report them.

Overall, investigation into price manipulation is probably important for the crypto space as a whole, and necessary for its maturation.

Of course, it's not actually going to stomp out these problems. The exact same issues still abound on properly regulated markets. The difference is that there they can be punished and more formally reported. However, the transparent nature of cryptocurrency means manipulation might be relatively easy to spot and drill into when it happens.

Regulators and law enforcement have been doing this kind of thing for a long time, so cryptocurrency might be more like another mouth to feed than brand new territory. That it's now being fed by the feds is almost certainly good news for the markets.