Which of Telstra’s Galaxy S10 5G plans are good value? 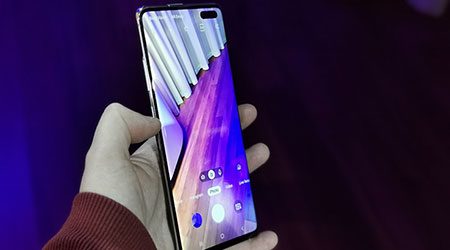 You can get ultra-fast 5G speeds on the Galaxy S10 5G through Telstra now, but not all the plans are great value.

From today, Australians in 10 cities across the nation can get access to Telstra's 5G network via the Samsung Galaxy S10 5G.

At launch, it's available only on contract terms, with no immediate availability for outright purchase. If you did sign up for a Samsung Galaxy S10+ on contract with Telstra early enough, you do have the option to switch out for the Galaxy S10 5G at no additional cost, which means your existing contract terms should apply.

But what if you're after a shiny new Galaxy S10 5G on its own terms? Telstra is offering up 5 different plan tiers, with a $10 discount if you lease the phone, excluding the top tier $199 Unlimited plan.

Frankly, leasing isn't a great value option unless there are significant tax considerations for you, or you're going to be super-careful with the phone. One dropped phone and broken screen would wipe out everything you'd save, versus the actual ownership of the phone you'd have over a 24-month period.

That leaves five plans to pick from, as detailed below:

The Small plan, with just 3GB of data per month really isn't worth your time for a 5G phone. Based on the speed tests Telstra showed off yesterday, you could burn through all that data in around 3 seconds if you hit peak available rates. That would leave you with 2,592,000 seconds of paying excess data charges or falling to Telstra's "Peace of Mind" speeds if you're happy to spend an extra $10 per month.

Considering that just $12 per month would get you 160GB of data and that same peace of mind data inclusion, we can also skip over the Medium and Large plans too.

However, the whole point of getting a 5G phone right now has to be the speeds you can get. Samsung has packed out the Galaxy S10 5G with a larger screen, bigger battery and extra camera features, but we're yet to fully test those. We've seen just how fast Telstra 5G can get and that makes the choice, if you can afford it, patently obvious.

The Telstra Unlimited Plan costs $199 per month, but at that tier, you're getting the phone with no additional handset repayments and the promise of "unlimited data at the best speeds available". Unlike other "unlimited" plans, the $199 plan is pitched as having no actual data limitations at all.

It is $45 per month more than the XL plan, but if you're in an area where 5G is going to be persistent, which is admittedly not that many places just yet, there's the prospect of a very fast data pipe to your phone most of the time.

The Samsung Galaxy S10 5G is undoubtedly a premium play, and we're expecting slightly more affordable options from the likes of Oppo and LG to appear on Telstra's radar before very long at all. If you're hanging out for more affordable 5G, it may be worth waiting, but if you've got a hankering for speed, the simple reality is that the best value plan, even though it's not the cheapest, has to be that unlimited plan.