Which bank will win in the race to launch Android Pay down under? - finder.com.au

Which bank will win in the race to launch Android Pay down under? 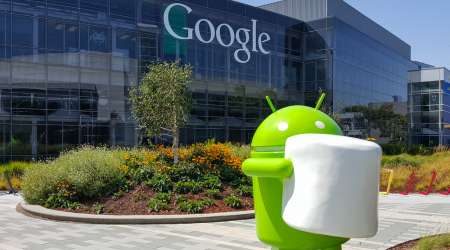 Westpac doesn't seem to be rushing to Android Pay, but the battle has only just begun.

At the beginning of 2015, the only platforms for making contactless payments with your smartphone were custom Android apps from individual banks. By the end of 2016, the landscape will have evolved significantly.

iPhone owners can now use Apple Pay, though only if they've signed up with American Express or ANZ. However, as I've argued before, the chances are that every bank will eventually have to sign up, since Apple won't let the banks build any third-party alternatives. Ultimately, the Apple audience is too valuable for financial institutions to ignore.

In the Android space, it's more complicated. Android devices are more popular than iPhones in Australia, but there are two different options which banks can explore (leaving aside building their own full apps).

They can sign up for Android Pay, which is developed by Google. Alternatively, they can opt for Samsung Pay, which has been built by Samsung. Both Samsung and Google announced in 2015 plans to roll out their Pay platforms in Australia, and it turns out Samsung was first off the rank, launching last week with American Express and Citibank.

Choosing a single brand (Samsung Pay) over a whole-of-platform play (Android Pay) is less restrictive than you might thank. Samsung is the dominant Android phone seller in Australia by a considerable margin.

That said, when Google announced its Android Pay plans for Australia last year, it had a long list of potential partners, including ANZ, Westpac and its subsidiaries, Bendigo Bank, Cuscal, ING DIRECT and Macquarie Bank.

Google's original plans were to roll out Android Pay in the first half of 2016, which doesn't leave a whole lot of time. That might explain recent suggestions that the launch partner list will be rather shorter than originally suggested.

At launch, ANZ, Bendigo Bank and numerous credit unions will be on board, but Westpac and its sub-brands won't be making an appearance, if a recent report from Ausdroid is to be believed. We haven't seen any official confirmation from the banks, but it certainly wouldn't be surprising if the platform expands over time, rather than signing up everyone all at once.

Ultimately, the biggest challenge for the banks isn't to choose a platform for smartphone contactless payments: it's to persuade us to use them. Australians are huge fans of contactless credit cards, with upwards of 70% of payments now being made with contactless systems. But just how quickly we'll want to shift to using our phones instead of our plastic remains to be seen.