Which bank has the most scheduled online banking outages? 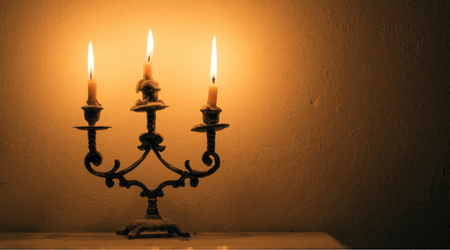 Three of Australia’s “Big Four” banks lead the way in a race no-one wants to win.

If you want a reliable online banking service that’s always available when you need it, you may be better off looking further afield than the “Big Four” banks. According to a recent finder.com.au survey, three out of the “Big Four” have more scheduled online banking outages than any other major financial institution. ANZ was the worst performer, with nine services outages across a recent 15-week period. Commonwealth Bank and NAB were hot on its heels, finishing with eight and seven outages respectively during the same period, while Westpac filled sixth position with five outages. These results paint an interesting picture about the quality and reliability of online banking services available to Australian consumers, so let’s take a closer look at what the results mean for you.

How did we monitor the online banking outages of Australia’s major banks across a 15-week period? First, we made a list of Australia’s 26 biggest financial institutions based on their asset size, then we monitored each bank’s Twitter feed on a weekly basis from 14 June to 28 September 2016. We also made note of the last three scheduled outages that occurred before the survey period began, before recording any scheduled outages that were announced on each bank’s Twitter feed from 14 June onwards. The full results of the survey are shown below.

The list below features the top four scheduled online banking outages reported by Australia’s 26 largest banks during the survey period. A service outage is when a bank’s online banking portal is down for maintenance or due to a technical fault. Customers are unable to login to their Internet banking and check balances, transfer funds and manage their accounts during an outage, and most outages will also restrict your ability to access your accounts via mobile banking. Check out where your bank sits on the table to find out how reliable its online banking service is – the reliability of this service could be an important factor when comparing financial institutions and the accounts they offer. However, it’s worth pointing out that nine of the banks surveyed did not report any outages during the period of study. Rather than meaning that these banks are the most reliable online banking providers in Australia, this could simply reflect the fact that these institutions don’t announce scheduled outages on their Twitter feeds. It’s also important to remember that these are scheduled outages, so the banks were likely performing security upgrades and enhancements. It’s nice of them to schedule these at night where the least amount of people are affected.

Note: all times are in Australian Eastern Standard Time (AEST)

What the figures reveal

How to find a reliable online banking service

Do you want to find a bank that offers a reliable and easy-to-use online banking platform? Keep the following tips in mind to help you find Internet banking you can trust.

Do a little research into just how reliable a bank’s online platform is. Have you seen any media reports about widespread outages affecting customers? Can you find any data similar to that featured in this survey about the number of scheduled outages and how often they occur?

Online banking is designed to make it quick and simple to manage your finances whenever and wherever you are, so it’s important that an Internet banking platform is as easy to use as possible. Make sure any online banking platform you choose makes it simple and convenient to check your balance, pay bills and perform other everyday transactions.

What actions can you perform from your bank’s online platform? As well as checking account balances you may be able to view your transaction history and statements, transfer funds, pay bills, pay off your credit card, change address details, apply for new products, find your nearest ATM and use a range of online calculators.

Check out online reviews of a platform to see how it compares to other platforms in terms of ease of use and the transactions you can perform. You can also ask friends and family members for their recommendations and advice.

Does the bank also have mobile and tablet apps to help you conduct your online banking? How easy are they to use and do they allow you to perform all the same functions as Internet banking? Compare banks with mobile banking

Finally, compare the different security measures each bank has in place to prevent Internet banking customers becoming victims of fraud. As well as protection for your personal and financial details, is there a money-back guarantee if you suffer loss due to fraud? With a little bit of research, you can find the bank that offers an online banking platform you can rely on.