Which airlines have the best and worst customer service? 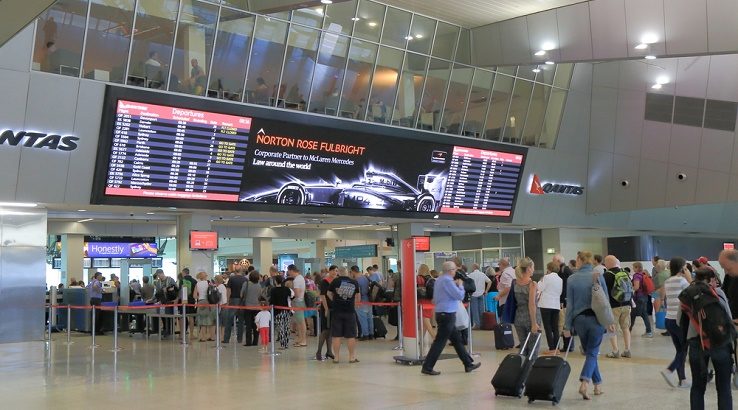 It's hard to find the best, but it's pretty easy to see the worst.

The Airline Customer Advocate was established to track the performance of Australian airlines, specifically for customer service, complaint management and resolutions. All of Australia's major airlines are involved in the program, including Jetstar, Qantas, Regional Express (Rex), and Virgin Australia.

It's designed to be a last-stop for angry customers, as a place to go if the airlines don't respond when faced with customer service issues.

It's also a good place to look if you want to settle the question of which airlines have the best and worst customer service, because complaints don't reach the Advocate until airlines have had a chance to respond themselves.

The top five complaints received were:

These accounted for the vast majority of the complaints received, with the remainder being very isolated or specific situations, like security issues or airport lounge access.

These five complaints were the most commonly levied for all airlines, but each received them at very different rates. All complaint rates are per 100,000 passengers, for 2016 only.

There are a couple of clear trends which show that these aren't simply disgruntled passengers, and that it's largely the fault of the airlines themselves.

One of the main giveaways is that the rate of complaints is clearly divided in two ways:

Overall, Qantas is definitely doing something right, for its Qantas-branded and Jetstar flights alike.

Tangentially, the Rex numbers are clearly quite unusual. It looks like all complaints might have been a triple-barrel of airport customer service refusing to give a refund after a flight delay.

Overall, Australia's airlines are fairly good at getting back to customers. Out of 73,174,402 recorded passengers carried in 2016, the Advocate received only 1,055 eligible complaints.

To be eligible, a complaint simply has to be about something that happened within the last 12 months, something that relates to a participating airline service, and they must have already tried going to the airline.

Even the "worst" still has very few complaints escalate this far.

A complaint must have been sent to an airline, without a timely response, before reaching the Advocate. There were still over 1,000 in 2016. Of those, 541 (51.27%) were resolved. A complaint counts as resolved if:

This suggests that about half of all complaints that reach the Advocate are perfectly valid, and that hundreds of customers still have reasonable requests fall through the cracks after receiving no response from airlines.

It also does not account for the unknown number of customers who choose not to make complaints.

It's also important to remember Advocate complaints are just one aspect of customer service. While there are some very clear trends, this was only for a single year, and should not be taken to conclusively say that any one airline has the best or worst customer service.