How to watch The West Wing reunion special in Australia | Finder

How to watch The West Wing reunion special online in Australia 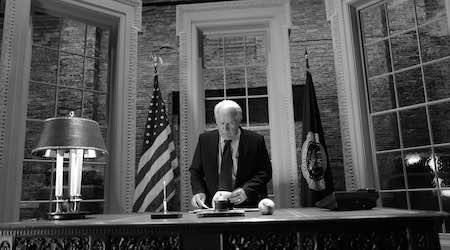 The US election is upon us and this beloved American political drama has returned to help reinforce the importance of voting in 2020.

West Wing fans rejoice. Thanks to Foxtel, Australians finally have a way to watch the show's HBO Max reunion special just over a fortnight after it was released in the US.

In the special, many of the original cast members reunited to shoot a staged theatrical presentation of the "Hartsfield's Landing" episode from season three.

When is The West Wing reunion special being released?

The one-off show, which has the full title A West Wing Special to Benefit When We All Vote, will first release on Fox One at 9pm (AEDT), Tuesday 3 November.

How to watch The West Wing reunion special in Australia

The West Wing reunion special is a Foxtel exclusive, but thankfully there's still more than one way to watch it. Foxtel, Foxtel Now and BINGE will all have the reunion special both live and on-demand. It first airs ad-free at 9pm (AEDT) on each platform and will then be available to watch on-demand.

Immediately following the special, the original "Hartsfield's Landing" episode from The West Wing will then be shown from 10pm AEDT. All three platforms also currently offer all seven seasons of The West Wing for you to enjoy.

Fox One is 1 of the 22 live channels available on BINGE. You can start watching from just $10 a month or if you want HD (who doesn't?) it begins from $14 a month. The service also comes with a 14-day free trial for new customers.

To watch Fox One live on Foxtel Now, you need to subscribe to the Drama Extra pack for $10 a month on top of the mandatory Essentials pack at $25 a month. However, new customers are able to watch for free with a 10-day trial.

The final way to watch is on Foxtel iQ, though unless you're an existing subscriber, it doesn't make much sense as an option. There's no free trial and it requires installation, which likely also means a waiting period. If you do decide to proceed, the Fox One channel is part of the Foxtel Plus pack, which will set you back $49 a month.

What is The West Wing reunion special about?

The special reunion was created in partnership with the When We All Vote foundation, which is co-chaired by Michelle Obama. Its mission is to raise awareness of how every electoral vote matters and to increase participation in every US election.

The "Hartsfield's Landing" episode focuses on the remote New Hampshire town's election. With just 42 votes, they are counted immediately after they are cast and always predict the winner of that state's primary.

The special will also have a message from Michelle Obama and includes guest appearances from Bill Clinton, Lin-Manuel Miranda, Samuel L Jackson, Marlee Matlin and more.

Not sure which service is best for you? See our BINGE vs Foxtel guide. Want to know what other popular shows you can find? Check our list of best Foxtel shows and best movies, many of which are also on BINGE.