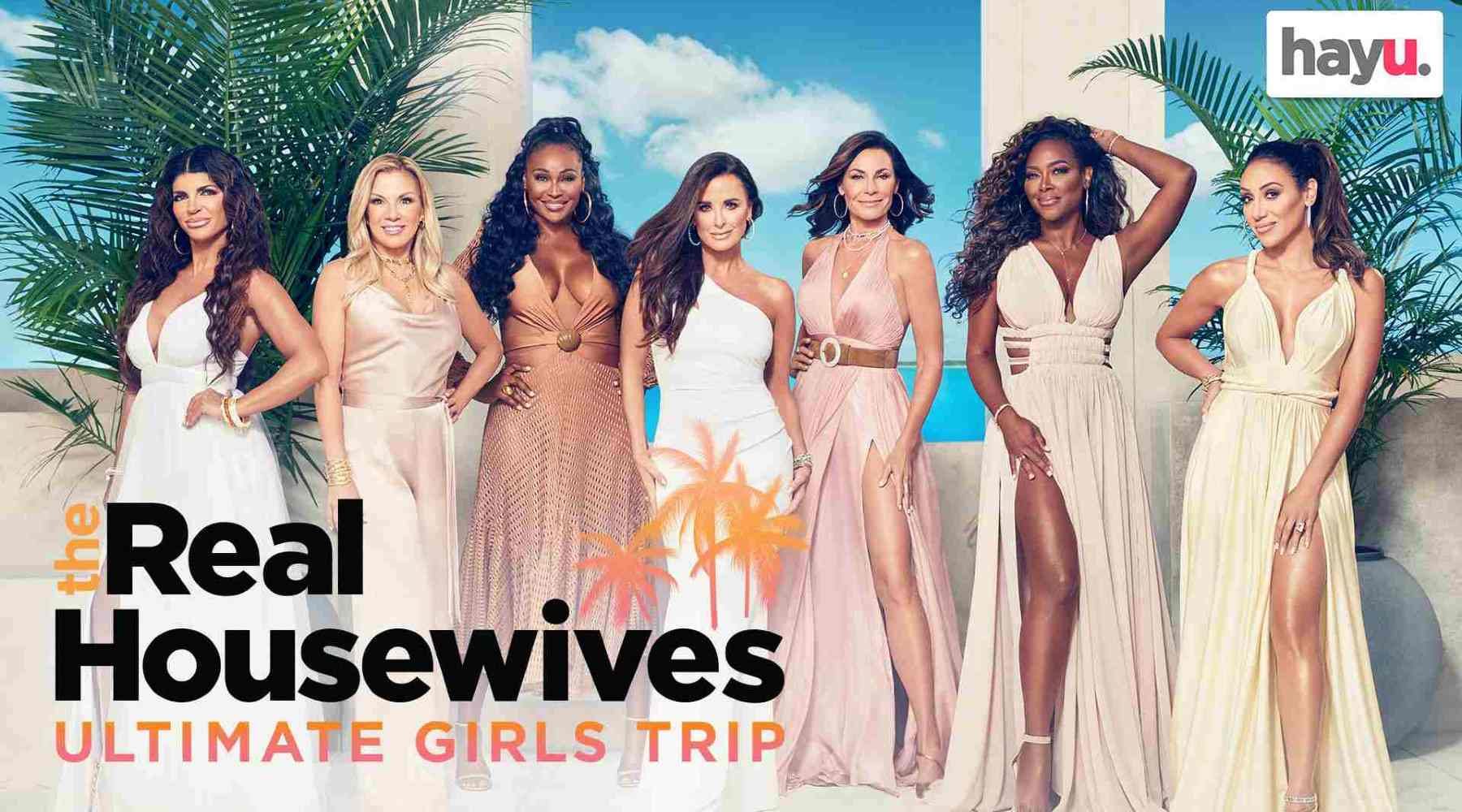 There's a new epic TV crossover to get hyped for. The Real Housewives Ultimate Girls Trip, which debuts this weekend, features several iconic Real Housewives from 4 coast-to-coast cities banding together to go on the trip of a lifetime.

When does The Real Housewives Ultimate Girls Trip come out?

The new reality series premieres in Australia on Friday, 19 November.

The Real Housewives Ultimate Girls Trip is available to stream exclusively on hayu. The platform specialises in reality TV, so there's plenty to watch if you're a fan of the genre.

The list includes Keeping up with the Kardashians and its spin-offs, as well as The Real Housewives, Below Deck and Million Dollar Listing franchises. Even better, most US shows debut on the service the same day as in the US. You don't have to worry about spoilers or missing out on the fun.

You can watch hayu on your laptop or on a variety of devices – smartphones, tablets, streaming media players, selected smart TVs and game consoles. Users can also download episodes to enjoy on the go.

New subscribers get a 7-day free trial. Subscriptions cost $6.99 a month afterwards. There are no contracts and you can cancel your subscription anytime.

Stream over 6,000 episodes of reality TV, including Keeping up with the Kardashians, Below Deck and Real Housewives. Try hayu – subscription required, 7-day free trial, auto-renews to $6.99 a month after unless cancelled.

According to the official synopsis, this highly-anticipated getaway will be filled with plenty of drama, friendships you won't see coming and enough laugh-out-loud moments to last you until at least 2022.

The ladies jet off to Turks and Caicos, ready for a trip packed with luxurious private jets and fabulous yachts. They'll bond, visit the popular Conch Shack, consult a psychic and generally have a blast. Viewers can also see self-shot confessionals and hear these iconic ladies talk about what it's like to always be in the public eye. The pressure can quickly get to you.

Yet, these reality TV queens are pros of the genre, so The Real Housewives Ultimate Girls Trip will likely be a hoot from start to finish. With such an appealing cast, it's only natural to get excited.

What happens when wives collide? Tune in to find out.

Check out the latest releases on every service here. Otherwise, search for where to watch any TV show in Australia here.