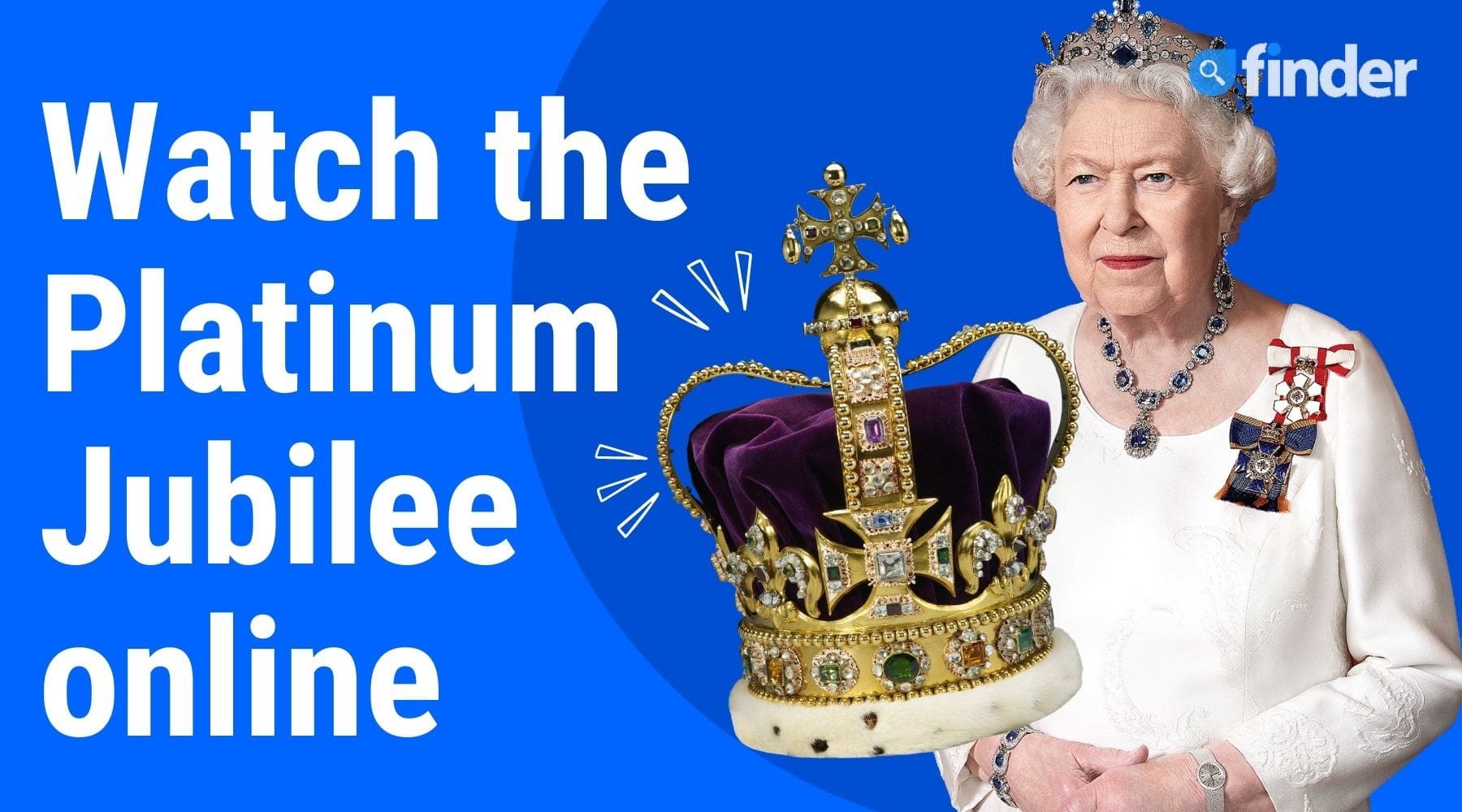 Celebrate this unique moment in history in style.

Buckle up for a celebratory Platinum Jubilee weekend with lots to watch. Her Majesty The Queen's Platinum Jubilee, which marks Queen Elizabeth II's 70-year reign, will be observed all across the Commonwealth, including in Australia.

While the most highly anticipated festivities will take place in London, Aussies keen on joining in the fun can tune in live on TV or relax with a movie, documentary or special that connects to this monumental occasion. Here are some highlights of what's available to watch.

What are some of the Platinum Jubilee celebration events?

The first major Platinum Jubilee celebration to kick off the weekend is Trooping the Colour, which is scheduled to take place on Thursday 2 June. The traditional parade that marks The Queen's official birthday will feature over 1,400 soldiers, 200 horses and 400 musicians.

The parade hasn't been held with a public audience since 2019 due to the COVID-19 pandemic. Her Majesty will join other members of the Royal Family on the Buckingham Palace balcony for a fly-past by the Royal Air Force.

Next, a Service of Thanksgiving for The Queen's reign will take place at the St Paul's Cathedral in London on Friday 3 June.

Plenty of other celebrities will be in attendance to pay tribute to The Queen's unprecedented anniversary. Diana Ross closes the event in her first UK live performance in 15 years.

Watch the Platinum Jubilee and more royal content on BritBox

As a service specialising in content delivered from the UK, BritBox has plenty of content that should satisfy viewers on the lookout for the Platinum Jubilee, including more specials touching on Queen Elizabeth II's reign. It's currently offering a deal where you can get 2 months of BritBox for only $2, so it's the perfect time to sign up.

You can also rewatch iconic moments such as The Coronation of Queen Elizabeth II, coming to BritBox on 2 June; or Wedding of The Century, which consists of remastered footage of Princess Di's wedding. Other highlights related to The Queen on BritBox include the following:

Get 2 months of BritBox for only $2 until 5 June

Stream British TV including Line of Duty, Doctor Who and Poldark. Monthly or annual subscriptions available.

Where else can I watch the Platinum Jubilee celebrations?

You can watch the 3 main Platinum Jubilee events on BBC UKTV. Trooping the Colour is broadcast on Thursday 2 June, at 7:30pm AEST. The Service of Thanksgiving will be on Friday 3 June at 8pm AEST while the Party at the Palace screens from Sunday 5 June at 8:30pm AEST.

BBC UKTV is on the Foxtel Plus channel pack, available to all Foxtel subscribers. It's also part of the Foxtel Now Drama Extra pack, which costs $10 a month on top of the basic Essentials pack, priced at $25 a month. Foxtel Now offers a 10-day free trial.

If you have a BINGE subscription, you can watch a live stream of BBC UKTV via the Channels feature. Simply sign in to BINGE, select Shows from the BINGE Navigator at the bottom of the screen and scroll down to the Linear Channels section. Subscriptions to BINGE start at $10 a month, but new users get 14 days for free.

Finally, BBC UKTV is available with Fetch as part of the Variety channel pack, which costs $6 a month. The total price of your Fetch subscription will vary depending on whether you get the service through a broadband provider or buy a Fetch box outright.

You can watch coverage of Trooping the Colour (Thursday 2 June, 8:30pm AEST) and Party at the Palace (Sunday 5 June, 7pm AEST) on free-to-air TV courtesy of Channel 7 and 7Plus.

Where can I watch more TV shows and movies that celebrate The Queen?

If you're looking for a fictionalised approach to Queen Elizabeth II's years on the throne, there are always TV shows and movies to help you count down to the celebratory weekend. There are obviously a lot of titles out there, but we've highlighted a few for you here.

Netflix's popular series The Crown is a fitting yet unconventional choice. If you don't have time for 4 seasons' worth of content, movies might be more up your alley this week.

Acclaimed 2006 film The Queen stars Helen Mirren as Queen Elizabeth II, a role that won her an Academy Award for Best Actress. The movie is set in the aftermath of the death of Princess Diana. You can stream it on Foxtel or BINGE and Paramount Plus.

The King's Speech tells the story of King George VI, the father of Queen Elizabeth II, played by Colin Firth. To cope with a stammer, he enlists the help of an Australian language therapist. The 2 become close. You can stream the movie on Foxtel or BINGE, Paramount Plus, Netflix and Stan.

For something lighthearted to watch with the kids, The Queen's Corgi is streaming for free on Tubi TV. It's an animated movie about one of The Queen's dogs getting lost and… it's not what we would call prestige content. However, it can be a welcome escape from reality, especially during such a busy weekend.