Paul Gallen vs Justis Huni: Fight time and how to watch live online 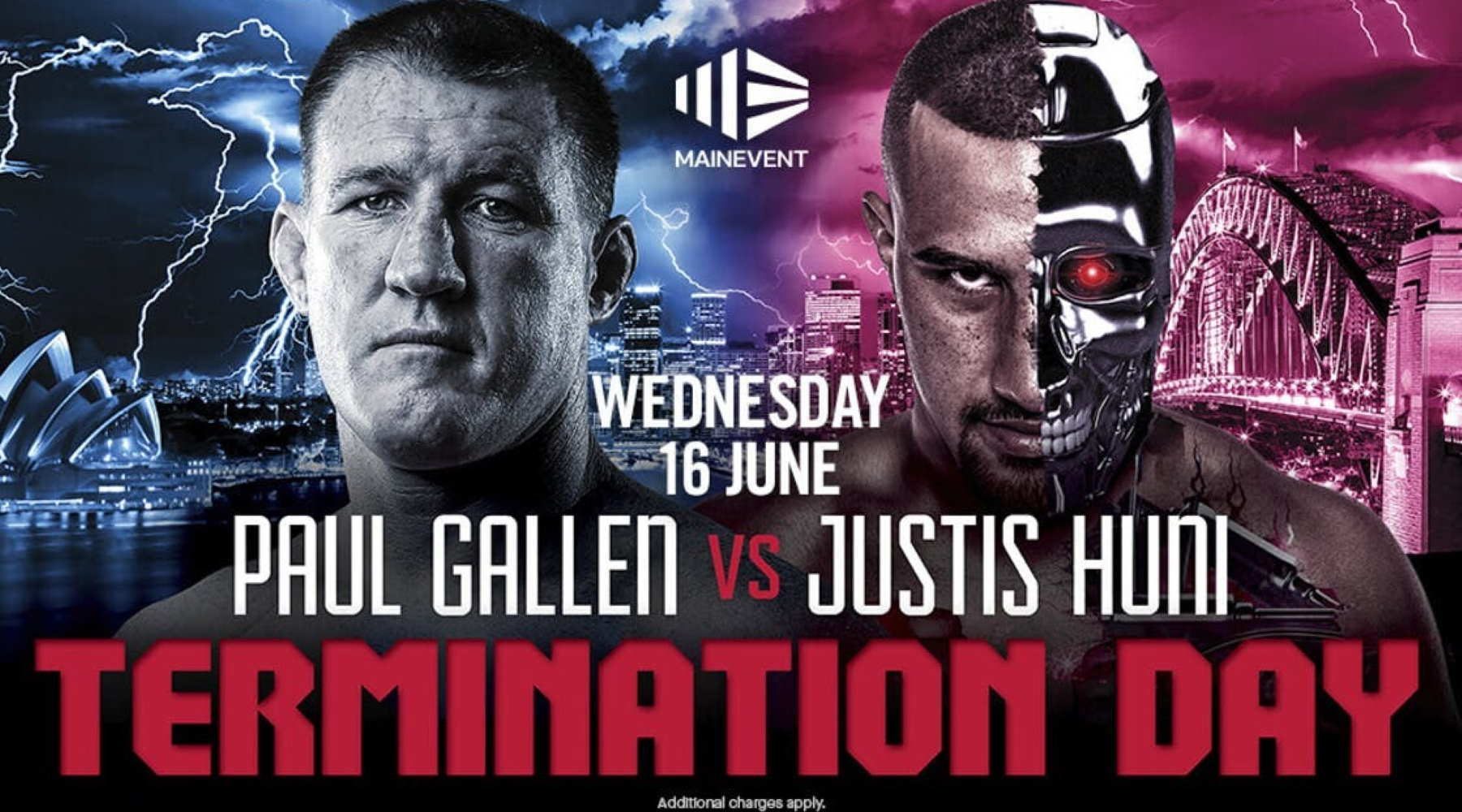 SUMMARY: Gallen vs Huni is live and exclusive to Main Event. The most accessible way to stream the fight live is through Main Event via Kayo Sports. You aren't required to have a Kayo account, the PPV will cost you $59.95.

Former NRL star turned boxer Paul Gallen wants Justis Huni to take responsibility for the insults being thrown around from his camp when they meet in the ring.

Huni's father, Rocki, called Gallen a "donkey" in a recent interview, dismissing the 39-year-old Cronulla great as a threat to his son. Justis Huni brushed aside his father's jibes, saying he hasn't spent his life training to just throw insults. Gallen says it's his opponent who will ultimately pay for all the talk.

Gallen and Huni meet at the International Convention Centre in Sydney on Wednesday 16 June. The main card action begins from 7pm AEST, so don't expect Gallen vs Huni to begin until at least 9:00pm.

How to watch Gallen vs Huni online live in Australia

This big night of Aussie boxing is available on pay-per-view through Foxtel's Main Event. On this occasion that means you can watch Gallen vs Huni via Foxtel or stream it via Main Event through Kayo Sports. Both options will set you back $59.95 regardless.

Following a series of successful events, commencing with Tim Tszyu vs Jeff Horn last year, Main Event can now be accessed via Kayo Sports mostly for boxing events. You don't have to be an existing Kayo Sports customer, this option is open to new, returning or current subscribers.

Once you sign up online for $59.95 you'll be able to begin streaming as soon as the event gets underway. On top of that you'll be granted access to Kayo until 20 June.

That allows you to stream any of the 50 sports on Kayo including AFL, NRL, the NBA playoffs, F1 or boxing content like Chasing Tyson from the ESPN 30 for 30 series.

Gallen vs Hunt on Main Event can be accessed a variety of ways. Foxtel customers can order the fight directly on the Main Event website, using the My Foxtel app, via your remote control or by phone. The fight costs $59.95.

Customers with Optus TV featuring Foxtel can also order this heayweight showdown, but only over the phone. Ordering with a phone agent will incur an additional $2 booking fee.

Who will win Paul Gallen vs Huni?

Gallen (11-0-1, 6 KOs) and Huni (4-0, 3 KOs) are battling it out for the vacant IBF Pan Pacific heavyweight title and the Australian heavyweight title in a night of action featuring six Australian fighters on the card. Russian-born Andrei Mikhailovich and Thai-born Nort Beauchamp, who both now fight out of New Zealand, are the exceptions.

Gallen has proven he's no mug in the ring and respect has grown in boxing circles for him as a serious opponent. In the build-up to this bout, he has sparred with some of Australia's best cruiserweights to ready himself for Huni's noted speed and agility.

That looms as his biggest challenge in overcoming the 22-year-old Olympic-bound challenger. Something Gallen is desperate to stop from happening declaring in the lead up that he wants to break Huni's jaw, face or arm.

Huni is seen by many as Australia's next big heavyweight hope on the world stage and shapes as the toughest opponent in Gallen's short career. Still preparing for the Olympics, where he hopes to win gold, Huni has a good amateur record behind him, including a bronze medal in the 2019 World Championships. Huni has a huge reach advantage and a hefty 13cm in height, not to mention his noted quickness and ring work. But he faces a determined, tough and experienced athlete in the boxer opposite him.

The fight is called "Termination Day" because Huni's camp believes their man will terminate Gallen's boxing career. That might not happen, but we think he'll win a fight that will go the distance. Huni by unanimous decision for us.

Gallen last stepped into the ring against heavyweight Lucas Browne in April. It was a fairly high-credentialed fight for Gallen, against a former world champion, although Browne was stripped of that title after a failed drugs test. The former NRL star stopped Browne inside the first round.

Huni's last fight was against fellow heavyweight Christian Ndzie Tsoye just a few short weeks ago on 26 May. The fight went the distance with Huni claiming the Australian heavyweight title with a unanimous victory. You can see highlights of that fight below, which includes some comments from Gallen if you listen carefully.

*Updated: We updated our story at 1:15pm AEST 16 June, with the latest broadcast details and the fight time.

You can see a comparison of Kayo vs Foxtel here. Want more information on boxing? Check out our guide on how to stream boxing live online in Australia. Or learn about new boxing streaming service DAZN.