Oslo: How to watch the new HBO movie online in Australia 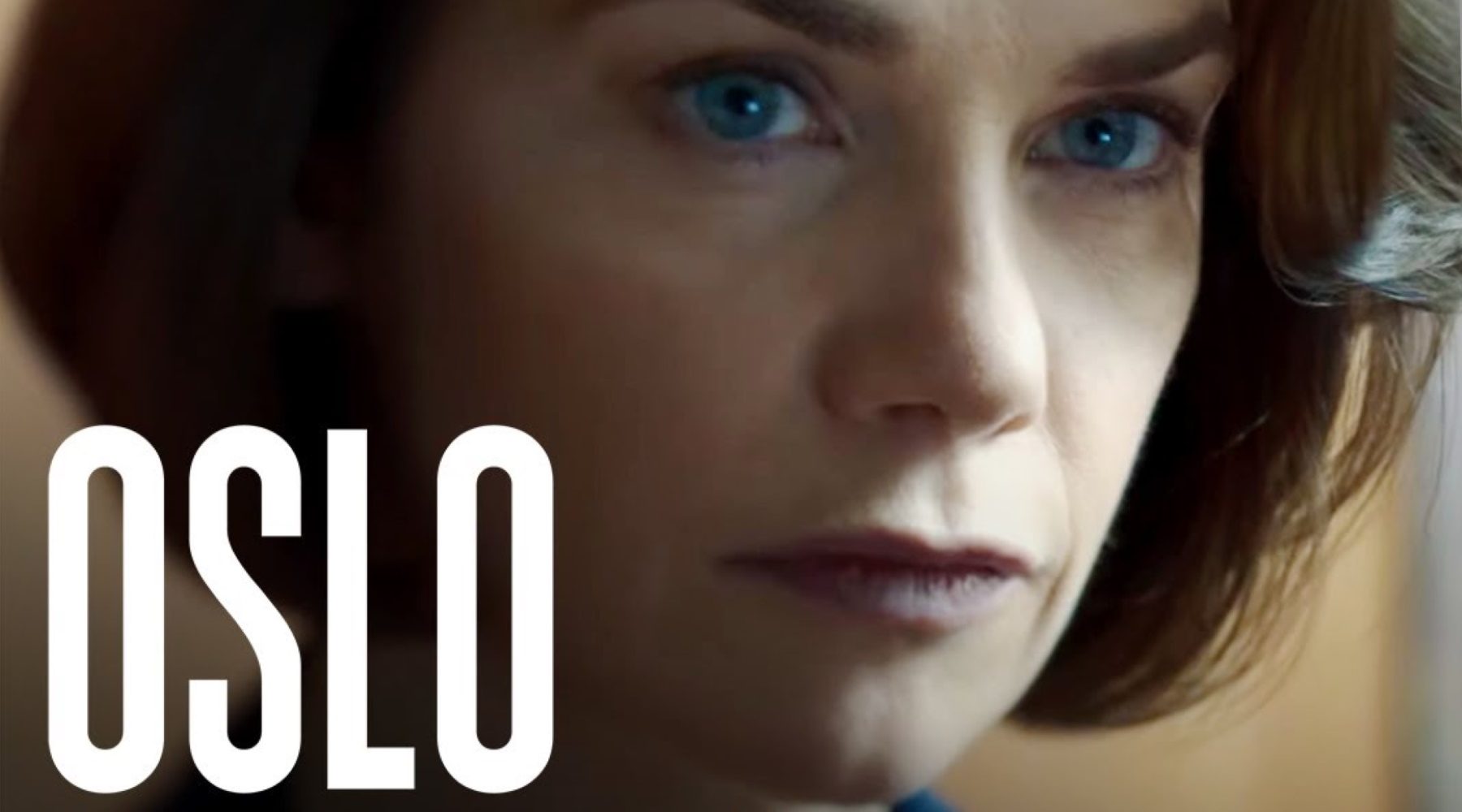 This compelling movie is about the pivotal Oslo Peace Accords between Israel and the Palestinian Liberation Organization.

Watching a drama about diplomacy may not be your ideal form of entertainment – but when the subject is this timely and the cast this good, it's hard to resist.

Oslo revolves around a Norwegian couple who set out to facilitate a dialogue between Israel and the Palestine Liberation Organization (PLO). These back-channel talks eventually led to the signing of the 1993 Oslo Peace Accords, which kick-started a peace process between the PLO and the State of Israel.

That's putting things simply, since the diplomatic relations between those two entities continue to be tense to this very day. However, the movie is strictly about those initial talks and aims to examine the issues concerning both sides, which might make it educational as well as entertaining. If we've piqued your interest, here's how you can tune in.

When does Oslo come out?

How to watch Oslo in Australia

The most affordable way to watch Oslo in Australia is with streaming service BINGE. Subscriptions start at only $10 a month, but there's a 14-day free trial on BINGE that enables you to give the platform a proper spin and decide if it's a good fit for you. In other words, you can sign up for BINGE and stream Oslo completely free.

The service comes with a vast library of TV shows and movies, reality TV, documentaries and kids content. Recent highlights on the platform include Mare of Easttown, Zack Snyder's Justice League and Friends: The Reunion.

If you have a Foxtel pay TV subscription, you can catch Oslo on Wednesday 2 June at 9pm AEDT on FOX Showcase or watch on demand. You can also stream the movie with Foxtel Now. FOX Showcase is part of the basic Essentials pack, priced at $25 a month. New users get a 10-day free trial.

Oslo is based on an award-winning play, so we expect it to be quite theatrical. That's great news, since tuning in to watch people sit around a table and talk for a couple of hours doesn't sound particularly riveting. Plus, the movie is written by J.T. Rogers, also responsible for the play.

We're confident he figured out a way to successfully translate the high stakes of the negotiations to the small screen.

Another thing that should appeal to pretty much everyone is the cast. Ruth Wilson stars as Mona Juul, a diplomat in the Norwegian Ministry of Foreign Affairs, while Andrew Scott plays Mona's husband, Terje Rød-Larsen.

You might be familiar with Wilson's recent work in The Affair, Mrs. Wilson or His Dark Materials. As for Scott, he famously played Moriarty in the BBC version of Sherlock and the (hot) priest in Fleabag. The cast also includes Jeff Wilbusch, Itzik Cohen, Salim Daw, Sasson Gabay, Dov Glickman and more.

The timing of the Oslo premiere likely isn't accidental, given the recent outbreak of violence in the region. The movie feels particularly relevant at the moment, especially if you're looking to understand more about the conflict between the two sides.

Ultimately, Oslo is about a group of people who took great risks to facilitate peace, which can be inspiring. Early reviews for the movie have been mostly positive, with critics praising the ensemble's performances. If you're looking for a thought-provoking addition to your watchlist, there's a good chance Oslo will be a solid choice.

Not sure which service to watch Oslo on? You can compare BINGE and Foxtel head to head here. Otherwise checkout every new streaming release in June 2021.