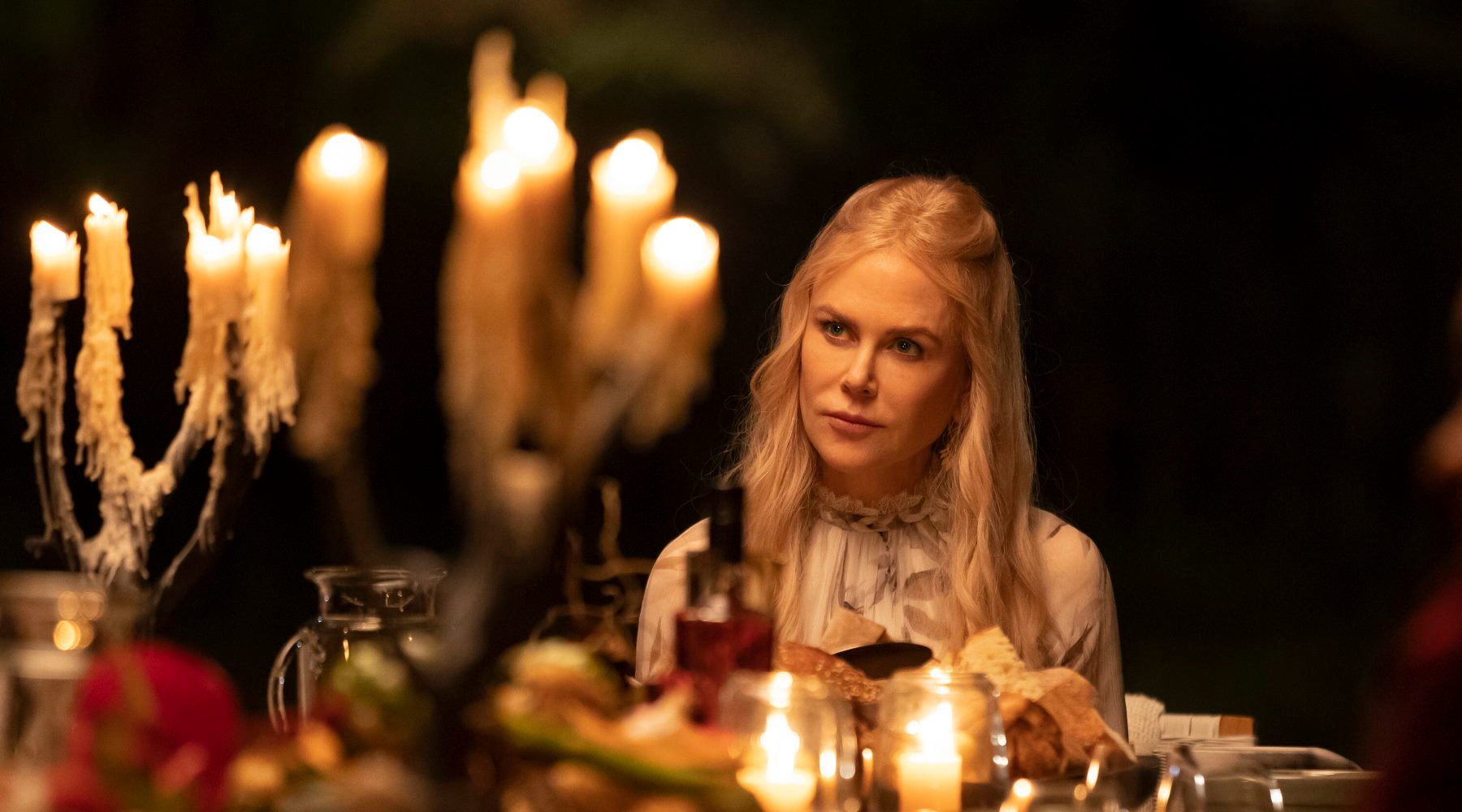 Watch rich people throw money at their problems and get more than they bargained for.

The show is based on a bestselling novel by Aussie writer Liane Moriarty, who also penned international sensation Big Little Lies. Plus, the miniseries is co-created by David E. Kelley, responsible for the hit Big Little Lies HBO adaptation, as well as other acclaimed titles like The Undoing, Big Sky, Ally McBeal and more.

Nine Perfect Strangers has a stellar cast - more on that below - and an intriguing plot focusing on a group of strangers that gather at a fancy wellness retreat called Tranquillum House to confront their problems. Alternative therapies are used, secrets come to light. Sounds fun? Here's what we know about the miniseries, that looks like it has some dark undertones.

When does Nine Perfect Strangers come out?

Nine Perfect Strangers will premiere in Australia on 20 August. The first 3 episodes will be available all at once. After that, the remaining 5 episodes will come out on a weekly basis.

How to watch Nine Perfect Strangers online in Australia

Nine Perfect Strangers is a Hulu original. In Australia, the miniseries will be available to stream exclusively on Prime Video.

You get the video service free with an Amazon Prime subscription, which costs only $6.99 a month. The price covers plenty of perks: free or expedited shipping on select items, access to exclusive deals, free reading, free music and more.

Even better, Amazon Prime comes with a 30-day trial for new users, which is more than enough time to determine if the service is a good fit for you.

As for Prime Video, the platform offers a wide variety of TV shows and movies across all genres, so there's plenty to keep you busy and entertained. Recent highlights include The Underground Railroad, Invincible and Panic, while the platform also broadcast the 2021 Australian Olympic swimming trials exclusively.

The show was filmed on location in Byron Bay, which should give you an extra incentive to tune in. The official synopsis doesn't offer a lot of details, although the latest full length trailer helps reveal a little more about the look and feel of the series. The people gathering at the retreat have no idea what is about to hit them, which sounds ominous enough.

What should really grab your attention is the cast. Kidman plays resort director Masha, who is on a mission to reinvigorate the tired minds and bodies of those who come to Tranquillum looking for a change. The guests include Melissa McCarthy as Frances, a romance writer; Luke Evans as Lars, a divorce lawyer; Bobby Cannavale as Tony, a former football star; and Regina Hall as Carmel, a single mum looking to get in shape.

We also have Samara Weaving and Melvin Gregg as Jessica and Ben, a young couple whose relationship is going through a rough patch. Rounding up the strangers are Michael Shannon, Asher Keddie and Grace Van Patten. They play the Marconis, a family still recovering after a tragedy. Finally, Tiffany Boone and Manny Jacinto complete the cast as Delilah and Yao, a pair of employees at the health resort.

If the trailer is any indication, these strangers might go into the retreat looking for a new outlook on life, but you should generally be wary of any institution that promises exaggerated results in record time. Masha's therapy methods are unorthodox, to say the least, and there's a good chance they will push these people to their limits.

Mark your calendars for August to see just how far Masha is willing to go to change the lives of these Nine Perfect Strangers. It remains to be seen whether it will be for the better … or not so much.

We updated this article on 23 July with the new full-length trailer for Nine Perfect Strangers.