Where to watch Mayweather vs McGregor live in Australia 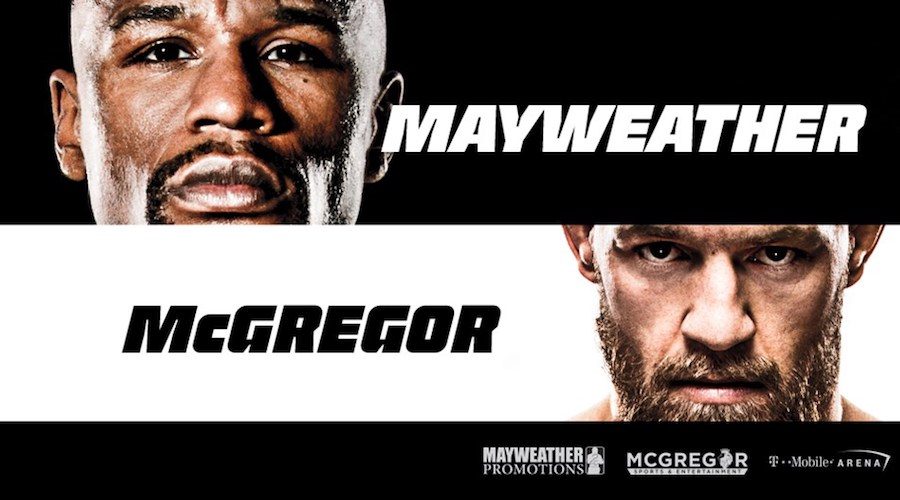 Get out the popcorn fight fans, it’s on! The battle they said would never happen is unfolding on August 27 and here is everything you need to know.

Professional world champion boxer Floyd Mayweather is taking on professional world champion MMA fighter Conor McGregor on 26 August in Las Vegas. Due to the time difference, it will air on 27 August in Australia and will be watched by millions through the early morning and afternoon. As the two biggest personalities and most respected fighters in their disciplines, the fight has attracted unparalleled attention. Nobody knows what will happen - anything could happen – and that’s what makes it so exciting. So how can you get in on the action?

The official weigh in is scheduled for 8am on 26 August. The preliminary bouts (the Undercard) will begin at 9am on August 27 and are expected to be completed by 11am. Both of these parts of the fight will be screened on FoxSports channel 501 and subscribers who have the Sports Package do not have to pay any extra to watch. If you don’t have Foxtel or FoxSports, but would like to watch these parts of the event, you can trial Foxtel Now for two weeks for free. Simply sign up, and you will be able to experience the weigh-in and preliminary bouts for no cost if you cancel your trial within 14 days.

Given the scale of this fight, it should come as no surprise that its broadcast is being tightly controlled. There are only two ways Australians can legally watch the fight from the comfort of their own home.

The first is pay-per-view through Foxtel’s Main Event service. Note that you cannot watch Main Event’s offerings through either the Foxtel Go app or the Foxtel Now service. However, if you don’t have Foxtel or a set-top box (like an IQ2 or IQ3), you can stream the service directly from the Main Event website. This allows you to watch the fight through your PC, laptop, tablet or phone. The cost remains The minimum recommended download speed for this service is 1.5Mb/s, and there will be a data cost for those considering this option over 3G or 4G. Foxtel can be ordered directly or through Optus.

The second way of watching the fight is through the official UFC website. This costs the same amount, and will provide a streaming experience similar to the one offered through Foxtel’s Main Event.

Event Cinemas will be broadcasting the fight live by satellite to select screens across the country. Around 70 cinemas are included, and tickets will set you back The doors will open at 11am, and the cinemas sell food and alcohol.

How to watch Mayweather vs. McGregor for free

The only way to watch the fight for free is at a venue, such as club or pub. In order to find the nearest venue, you can use the Finder at the bottom of this page. All you need to do is type in your postcode and your nearest options will be shown.

How to watch Mayweather vs. McGregor reduced cost option

If you are willing to pay for the Main Event, but are baulking at the entrance fee, there is an alternative. Invite a couple of your friends around and split the cost. Six friends and each, for example, will not only provide plenty of fun through Sunday, but you can save on food and drink costs by being able to bring your own.

The bookies have Mayweather to win easily, paying at the time of writing. McGregor, making his boxing debut, is an outsider at This is mostly due to Mayweather fighting his mastered sport, with McGregor the one moving outside his comfort zone to make the bout happen.

McGregor, a southpaw, has a slight reach advantage at 188cm to orthodox Mayweather’s 183cm. He is also 2cm taller, coming in at 175cm. McGregor also has an 11-year age advantage, being only 29 to Mayweather’s 40. Mayweather has the better win percentage, having won 100% of his professional contests to McGregor’s 86%. However, McGregor (86%) has a much higher knockout percentage to Mayweather (53%).

We know Mayweather can last the distance and will likely win on any points decision due to his technical proficiency as a boxer. He will distance himself and dance as much as possible through the early rounds to wear his opponent out. McGregor, on the other hand, will need to land and capitalise on a heavy punch early to have any chance.

Which pubs are showing Mayweather vs. McGregor?