Jungle Cruise: How to watch online in Australia and release time 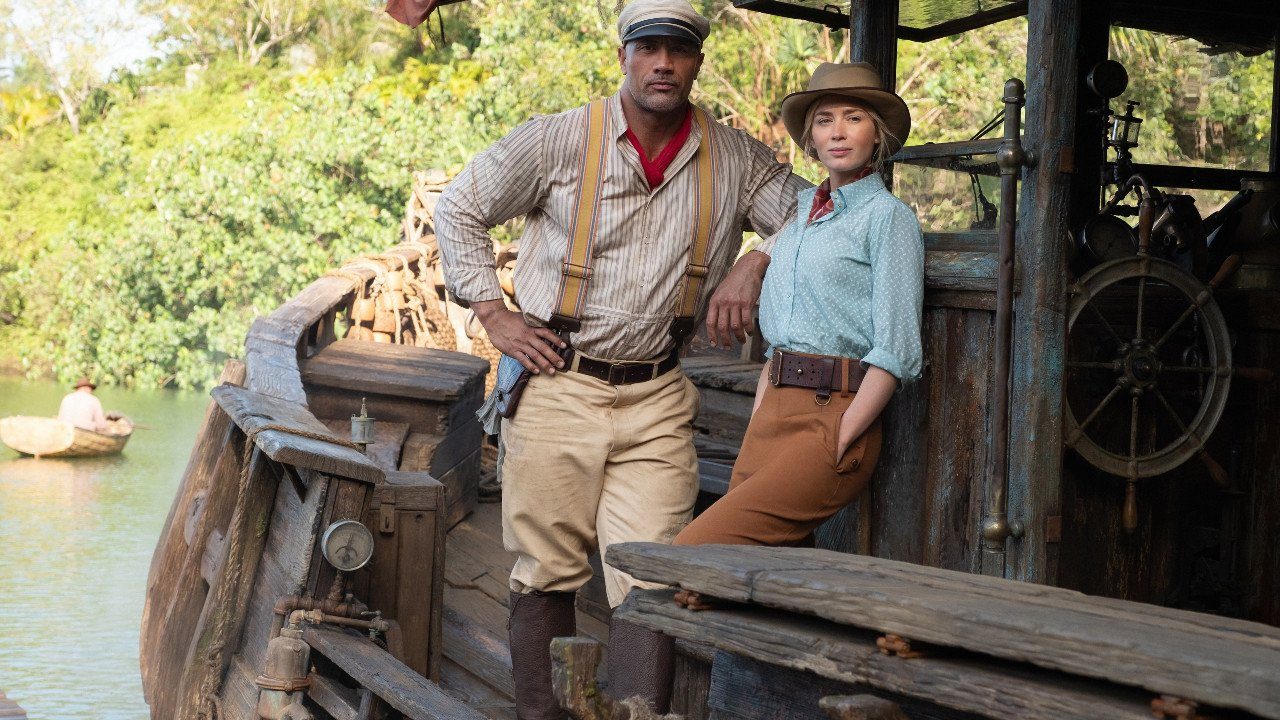 This old-school adventure comedy should be a treat for the entire family.

Disney is no stranger to re-imagining a popular theme park ride as a film franchise. The very successful Pirates of the Caribbean series is testament to that. But can the entertainment giant pull it off again? Judging by the trailer for Jungle Cruise and the early reactions from critics, we bet the answer will be a resounding yes.

Initially scheduled to premiere in 2019 but postponed a couple of times, the highly anticipated movie starring Emily Blunt and Dwayne Johnson is finally coming out this week – and it promises to offer a good time for kids and adults alike.

The plot, inspired by the Disneyland theme park ride, centres on a researcher who teams up with a skipper for a quest to uncover a magical ancient tree.

Jungle Cruise released in cinemas on Thursday 29 July. However it premieres online in Australia on Friday 30 July. Based on other Premier Access titles release times we're expecting Jungle Cruise to be available around 7pm.

How to watch Jungle Cruise online in Australia

The movie will be available to stream on Disney+ with Premier Access, which requires subscribers to pay an extra fee to tune in. In other words, you need to pay an additional $34.99, on top of the price of a subscription ($11.99/month or $119.99/year), to watch Jungle Cruise from the comfort of your own home.

This is the same practice that we've recently seen with Cruella and Black Widow which you can still purchase to watch from home. Given the current lockdown in Sydney and its surrounding areas majority of the NSW population will only be able to watch Jungle Cruise on Premier Access.

However, once you purchase the movie you will be able to stream it as many times you want as long as you're a Disney+ subscriber. While $46.99 definitley is on the expensive side to watch a movie in your own home, we did find that Premier Access is still far cheaper than a family movie ticket from all the big chain cinemas. And that's without factoring in snacks!

Subscriptions to Disney+ in Australia cost $11.99 a month or $119.99 annually. Disney+ hasn't offered a free trial since June 2020, so you have to sign up for a month if you want to sample some of the offerings. There are no strings attached so you can cancel your subscription anytime.

As for content, Disney+ offers a generous library of titles from not only Disney itself, but also subsidiaries like Marvel, Star Wars, Pixar and National Geographic. Most of the content is family-friendly, but the platform's Star channel offers plenty of adult-oriented titles as well.

Recent highlights on Disney+ include Loki, Monsters at Work and Turner & Hooch. If you're willing to wait, Jungle Cruise will join the Disney+ collection without Premier Access on 12 November 2021.

Jungle Cruise should be a wild ride through the Amazon jungle. When researcher Lily Houghton travels from London in the hopes of finding an ancient tree with healing powers, she reluctantly enlists the help of wisecracking skipper Frank Wolff.

Together with Lily's younger brother/assistant MacGregor, they embark on an epic adventure that will see them face numerous hazards and even deal with supernatural forces. Along the way, they have to overcome environmental hurdles, face dangerous animals and stay ahead of a competing expedition determined to reach the ancient tree first.

Besides Johnson and Blunt, the cast also includes Jack Whitehall, Édgar Ramírez, Jesse Plemons and Paul Giamatti. The film was directed by Jaume Collet-Serra, known for House of Wax and The Shallows, among others.

Jungle Cruise looks like an exciting adventure film for all ages, with equal parts humour and action, as well as an attractive cast. If you love movies like The Mummy, Romancing the Stone or the Indiana Jones series, this should be right up your alley. Early reactions have been positive, with critics praising the cast's chemistry, the impressive creature design and the movie's sense of wonder.

"Disney's #JungleCruise is a lot of fun - a big, fantastical adventure that feels similar in tone to the Pirates of the Caribbean movies & is packed with surprises. Dwayne Johnson & Emily Blunt are great together, but Jesse Plemons is a riot. Tons of nods to the ride it's based on," 1 critic tweets. We don't know about you, but we're very much interested to see if the movie lives up to the hype.