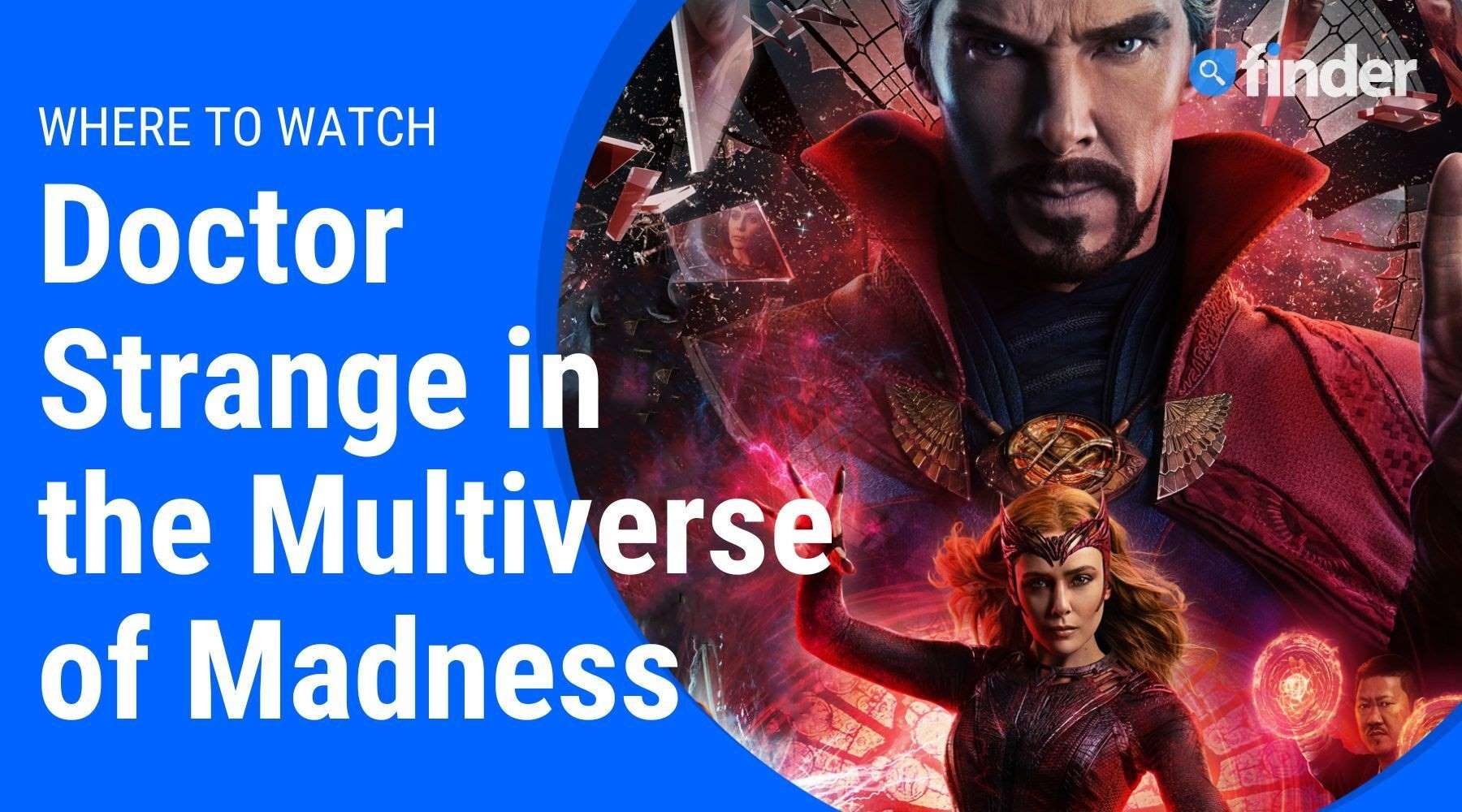 This Doctor Strange sequel takes viewers on a mind-bending trip through the Marvel multiverse.

How do you top the Infinity Saga? If you watch Doctor Strange in the Multiverse of Madness, you'll see it involves expanding the Marvel Cinematic Universe (MCU) to feature multiple worlds.

If you've been following the MCU in phase 4 you already had a taste for alternate dimensions via Spider-Man: No Way Home and TV shows Loki and What If…?. Now, Doctor Strange and the Multiverse of Madness embraces the concept and delivers an exciting narrative you'll appreciate getting lost in.

The movie came out in cinemas earlier this year and it's now arriving on streaming. Here's how to (re)watch the blockbuster Doctor Strange in the Multiverse of Madness.

When does Doctor Strange in the Multiverse of Madness come out?

You are able to watch Doctor Strange in the Multiverse of Madness when it premieres on streaming in Australia on Wednesday 22 June.

Like the majority of MCU movies, you can watch Doctor Strange in the Multiverse of Madness exclusively on Disney Plus. You can sign up for Disney Plus and explore the MCU from the very beginning, as well as catch up with recent TV series such as Ms. Marvel or Moon Knight.

Subscriptions to Disney Plus cost $11.99 a month or $119.99 a year. There are no contracts, so you cancel anytime. The platform doesn't offer a free trial at the moment.

We also recently did a piece on the MCU titles to view before you watch Doctor Strange in the Multiverse of Madness. The majority of those titles are on Disney Plus, so you'll already be in the right place.

Disney Plus packs a wide library of TV shows and movies, documentaries and reality TV. Most of the titles are family-friendly, but you can stream content aimed strictly at adults under the Star channel. Current highlights on the service include Star Wars series Obi-Wan Kenobi, true crime drama Under the Banner of Heaven and the Jane Austen-inspired rom-com Fire Island.

Doctor Strange in the Multiverse of Madness preview

Doctor Strange in the Multiverse of Madness catches up with the titular character in the aftermath of Spider-Man: No Way Home.

Last time we saw him, Strange used magic to help Peter Parker make his identity secret again, but something went terribly wrong. He is plagued by weird dreams and still struggling to adjust to life after being blipped for 5 years.

When Strange meets America Chavez, a teen girl with the ability to travel through the multiverse, they team up to face a big bad that's been chasing America through various dimensions. Realising that sorcery could be at play, Doctor Strange reaches out to Wanda Maximoff for help.

The movie sees Benedict Cumberbatch reprise his role as Doctor Strange and Elizabeth Olsen play Wanda Maximoff. Doctor Strange in the Multiverse of Madness also stars Benedict Wong, Xochitl Gomez, Rachel McAdams and Chiwetel Ejiofor. It was directed by Sam Raimi, who is responsible for the Tobey Maguire Spider-Man trilogy – also available on Disney Plus.

Doctor Strange in the Multiverse of Madness is visually stunning and thematically intriguing. It's also thought-provoking, making viewers ponder upon what they would do if they were in the characters' shoes. Additionally, it's the closest the MCU has come to a horror movie yet. You might want to mentally prepare for a couple of jump scares.

The movie premiered to mostly positive reviews and quickly became a box office hit. If you've missed it on the big screen, you can now watch Doctor Strange in the Multiverse of Madness from home.

Doctor Strange in the Multiverse of Madness trailer