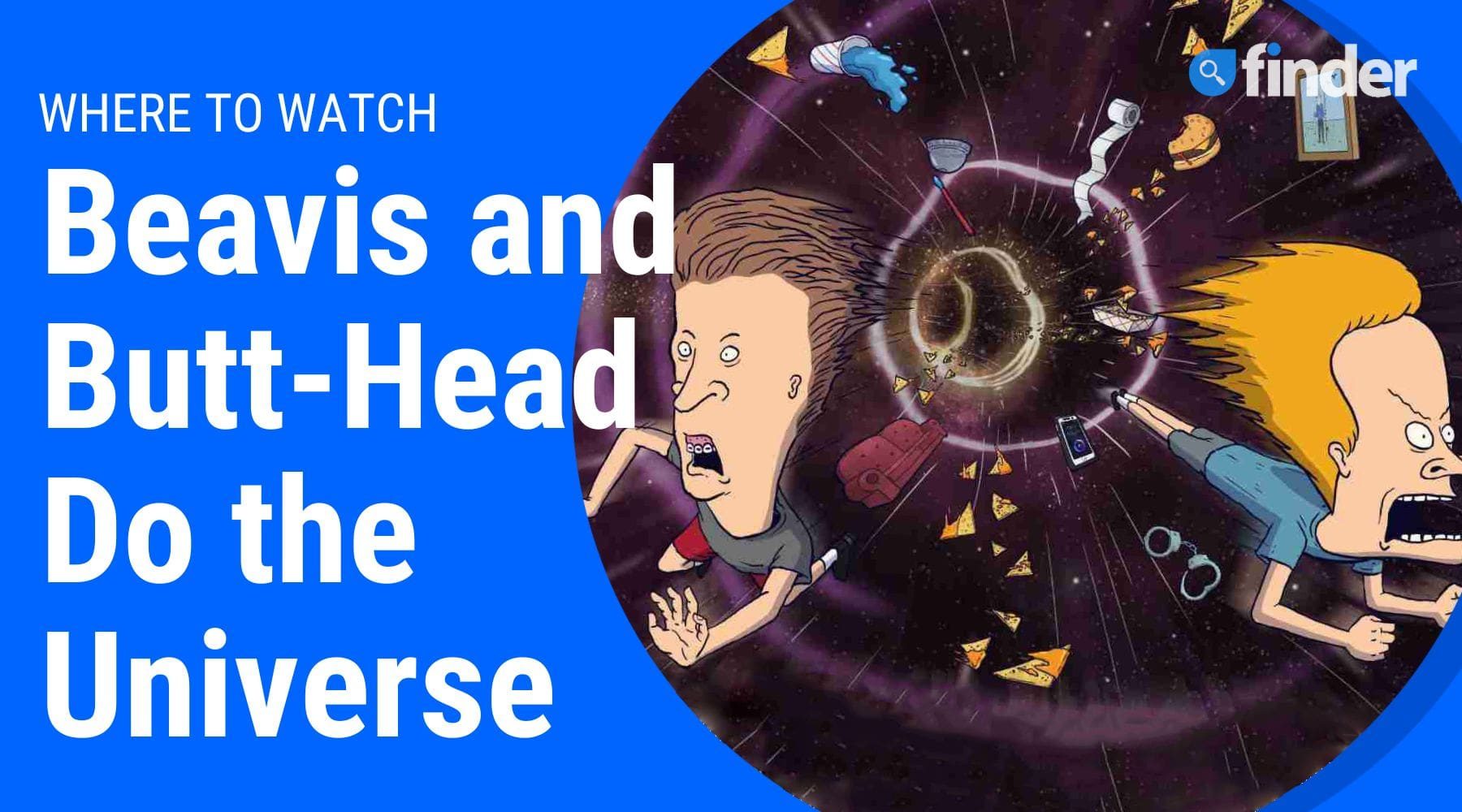 The MTV icons are back in a movie that transcends time, space and humour.

Beavis and Butt-Head are staging a comeback. The 2 animated characters first appeared in the controversial, yet wildly popular MTV series of the same name. It premiered back in 1993 and ran for 7 seasons. Now, they're eager to introduce themselves and have a whole new generation watch Beavis and Butt-Head Do the Universe.

When does Beavis and Butt-Head Do the Universe come out?

Beavis and Butt-Head Do the Universe premieres in Australia on Friday 24 June.

You can stream Beavis and Butt-Head Do the Universe exclusively on Paramount Plus. Sign up for the first time and get a free 7-day trial. After that, subscriptions cost $8.99 a month.

Paramount Plus comes with a robust library of TV shows and movies, as well as live sports, kids' programming, reality TV and documentaries. You can take advantage of the trial offer and watch Beavis and Butt-Head Do the Universe online for free. Since you're at it, you might as well sample more goodies available on the platform.

Recent highlights on Paramount Plus in Australia include special South Park: The Streaming Wars, comedy Jerry and Marge Go Large, sci-fi show Halo and miniseries The Offer. The original Beavis and Butt-Head series, however, isn't on the service at the time of writing. The series will be available in the US, and it should arrive on Paramount Plus in Australia at a later date.

Beavis and Butt-Head Do the Universe preview

This isn't the first time Beavis and Butt-Head are staging a return to our screens. The series was revived for season 8, which aired in 2011. More recently, Paramount Plus announced plans for an upcoming second revival, with an initial 2-season order. There's no premiere date for the new show just yet.

The official synopsis sounds intriguing. Beavis and Butt-Head Do the Universe kicks off with the 2 teens sent to space camp by a creative judge. They end up messing up a mission and going through a black hole.

Beavis and Butt-Head re-emerge back on Earth in 2022, only to discover a whole new world. Besides making sense of all the culture and tech changes, they're hunted by the Deep State and have to deal with another version of themselves from a parallel universe.

We're sure they won't get in any sort of mayhem as they acclimate to their new surroundings.

The original series was praised for its scathing commentary on society. We doubt that the slackers will have anything good to say about our present, but fans should look forward to catching up with Beavis and Butt-Head nonetheless.

Beavis and Butt-Head Do the Universe trailer