When and where to buy the new Jeffree Star highlighters 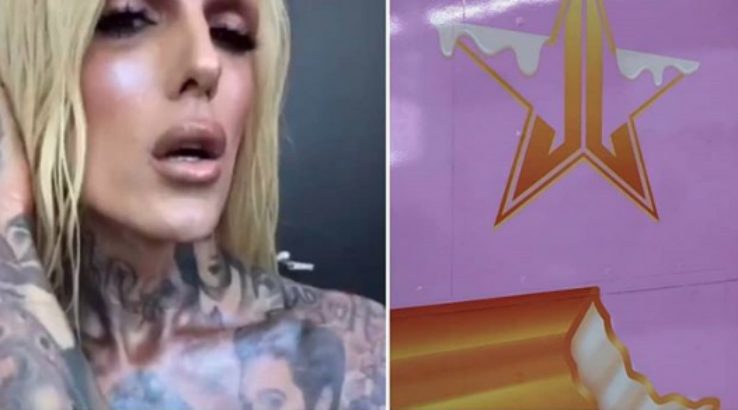 Because we are ready to glow like our lives depended on it.

I'm doing my best to remain calm but Jeffree Star just revealed via his twitter that all us makeup junkies can expect the new Jeffree Star Cosmetics highlighters to launch next month!

It feels like forever that we've been waiting for these bad boys to launch and thankfully, we don't have to wait too much longer.

In the tweet, the beauty blogger states that the actual reveal and launch date will be coming soon so the only thing left to do is stalk his social media till it's out.

In case you missed it initially, the two new highlighters launching to Jeffree Star Cosmetics are a gel hybrid and a liquid frost. Basically, we're all about to be glowing to the gods and we couldn't be any more excited.

Stay tuned for more reveals and updates on @finderstyle.

King of all things glow, makeup creator and YouTuber, Jeffree Star, has made the Easter weekend feel like even more of a celebration with the announcement of two brand new highlighters.

There's nobody quite as extra as Jeffree, so it came as no surprise that the announcement post was done by covering a male model's chiselled abs with the highlighters – you know, because Jeffree cares about his fans. We're totally fine if he wants to showcase all his products in that way forever.

There are two formulas on offer, with both scheduled for release in the US summer 2018. Yes, that's right, only a few months away. Start prepping your skin because we'll all be glowing soon enough.

The two formulas couldn't be more different from each other, but we love them already just the same. First up we have Gel Hybrid, a baked golden highlighter in a gel formula that really emphasizes a wet glow – and yes, it does make abs look fantastic.

The other highlighter on offer is Liquid Frost, and honestly, this is the formula we're most excited about. It comes as liquid highlighter drops, with a silvery sheen that makes you look like you're bathed in moonlight. Even with no flash, the glow is seriously strong.

The highlighters are due to be released in the next few months, but if you're desperately keen on getting yourself some Jeffree Star Cosmetics goodies then you can find the main range (as well as pieces from older collections) online direct from the website or at Princess Polly and Showpo! If you haven't tried a Jeffree Star Cosmetics product yet, let us assure you that it's well worth a look.